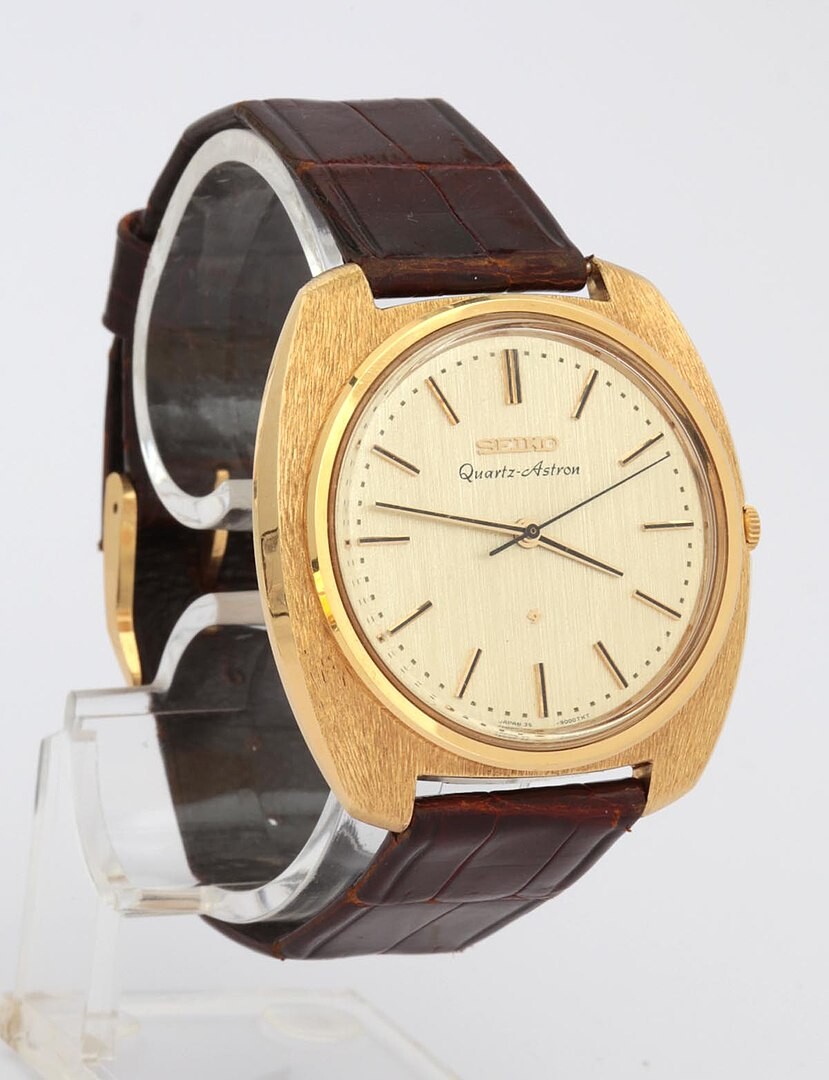 Mechanical watches, for much of history, including many models today, required winding. First with a key, and later with the operation of the crown, the little button on the side of most watches. Attempts to create a self-winding watch continued for almost the life of the watch, but the greatest success was made in 1923 by John Harwood, an English watchmaker. It used an internal weight that oscillated with the daily natural movements of the wearer, winding the watch without any intervention. Its weight rested inside the watch, bouncing off two internal bumpers, giving this design the name “bumper” watch.

Its design would be improved upon by a fairly recognizable Swiss company named Rolex in 1930, which used a weight that oscillated freely through 360 degrees, and resulted in a still respectable 35 hours of power with each wear. It debuted in the Rolex Oyster Perpetual, inspiring the “perpetual” in the name. Self-winding movements are the basis of most high-end mechanical watches today, although they are often referred to as “automatic” movements.

Related: George Reflects on “The Winds of Winter”

In 1969, the finest of years, the Japanese watch manufacturer Seiko introduced a technology that would revolutionize the wristwatch and, in one fell swoop, bring the Swiss mechanical watch industry almost to its knees. This was the introduction of the quartz watch. Released on Christmas Day, it was one of the worst gifts mechanical watchmakers in the world had ever received.

The Seiko Quartz Astron, instead of relying on mechanical pendulums, used the oscillations caused by the passage of electric current through quartz. This created a watch that was not only much cheaper, but much more accurate than a traditional mechanical watch. The only practical downside being the need for a battery and battery replacements. For these reasons, the quartz watch will quickly completely take over the wristwatch market, and remain its queen. In the following decades, some legendary but stubborn Swiss watchmakers completely withdrew due to their resistance to producing quartz watches.

The quartz watch still holds dominant control over the entire affordable end of the watch spectrum, and that’s probably what’s on the wrist of any casual watch owner. There has been a resurgence of interest in mechanical watches lately, but quartz is forever part of the landscape.