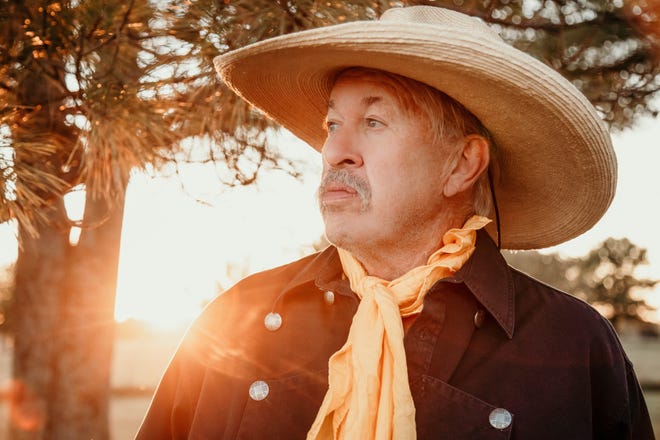 Happy to see you again. Looking at my atlas roadmap of all the places I have traveled over the past three weeks, it may seem like I was lost – but I am not.

With my tent and supplies, I set up camp near the Continental Divide for several days while I looked for signs of UFOs that had been reported in the area. I traveled from Regina, New Mexico (pop. 99) across the divide to Lindrith (pop. 224) and back. I passed through small villages in the high countries of the Santa Fe National Forest with names like Coyote and Youngsville which were basically ghost towns where abandoned buildings lined the streets and there were no stores or gas stations. .

Daytime temperatures were pleasant, running through the mid-80s without humidity and plunging into the 50s and even 40s at night. The weather was the same when I stayed at Abiquiu, the home of famous artist Georgia O’Keefe. Although I enjoyed my stays, I could not find any signs of UFOs in any of these remote areas.

Pursuing a trail on Hwy 25 to Denver, Colorado, I found myself empty again on the UFO side, but discovered another interesting story.

I discovered that plutonium in powder form is transported regularly by semi-truck along New Mexico Highway 599, Interstate 25 and US Highway 285 and who knows what other roads besides these . All that plutonium is being shipped to a secret well in New Mexico that everyone believes is already full. Another well is hastily constructed to process the plutonium that continues to arrive at the New Mexico site. According to my research, if one of these trucks were involved in an accident, it would take hundreds of years to clean it up. So, no space creatures but a scary story from the Los Alamos National Laboratory where the hydrogen bomb was created.

Returning to Santa Fe for a return visit, it looks like my three week trip has passed. First, it was about the richest cow auction in the world and a visit with Governor Stitt and his wife. Former Governor Frank Keating and a handful of other big names were also in attendance, and after the sale the Oak Ridge Boys kept everyone entertained. It’s called the Big Event at Express Ranches, and it was.

The Big Event was followed by my trips to New Mexico, but that is all a thing of the past. Coming up for me next weekend are the Western Heritage Awards at the National Cowboy and Western Heritage Museum in Oklahoma City. Robert Duvall and George Strait are inducted this year and both will be in attendance with more celebrities than you can count, and I’ll be there to tell you all about it.

Football season is approaching as well and that means I will be traveling with OU football greats Joe Washington, who hosts alumni parties before every game, and Thomas Lott who, along with coach Barry Switzer, presents the Coaches Cabana pre-game TV show. I’ve been invited to both events again this year and hope to bump into former OSU coach Pat Jones as well.