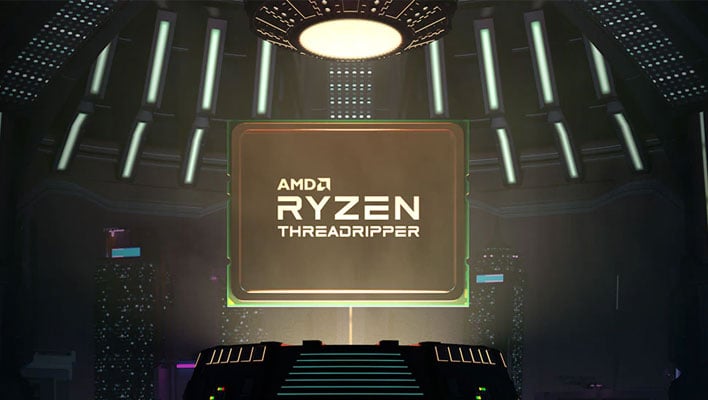 By Robert K. Her on October 1, 2021 0
Hang in there, creators and enthusiasts, eventually AMD will launch its next generation of Ryzen Threadripper processors for heavy home computing. It may be a little longer than you expected. Nothing has been officially announced, but rumor has it that the launch has been delayed again, leading to a 2022 release.

AMD’s High-End Desktop (HEDT) is pretty much the final destination (maybe) for AMD’s Zen 3 architecture. We already have Zen 3 options among AMD’s mainstream desktop and laptop processor lines, including Pro models and APUs. The same goes for the server space, with the latest generation EPYC processors integrating Zen 3 inside. There aren’t many stones left to turn.

News of the delay comes from leaker @ greymon55, who responded to a sort of global roadmap posted on Twitter that purported to show deadlines for various AMD, Intel, and NVIDIA products. The supposed roadmap still showed the Ryzen Threadripper 5000 series to be slated for a November 2021 launch.

It refers to the codename for AMD’s next series of Threadripper processors. It’s also possible that we could still see Ryzen Threadripper Pro 5000 chips in November, followed by non-Pro models next year, but no one knows for sure.

It should be noted that some Threadripper Pro 5000 series models have appeared in benchmarks and other leaks over the past couple of months. In late August, for example, a database entry for the MilkyWay @ home distributed computing project identified the processor as a Ryzen Threadripper Pro 5995WX processor, with 64 cores and 128 threads.
There was also this hacking incident at Gigabyte, in which infiltrators looted confidential documents containing information about never-before-seen products, including next-generation Threadripper processors. So if you add all that up, it looks like a Threadripper 5000 series launch is bound to be near, whether it’s just the Pro models at the start or the full lineup.
Next-generation Threadripper processors will still have a maximum of 64 cores and 128 threads. There’s also a regular Ryzen refresh on the horizon, with a stacked 3D V-cache for a performance boost in certain workloads (like gaming), and of course it’s just a matter of time before the arrival of Zen 4 (probably at the end of next year). So there is a lot going on at AMD.