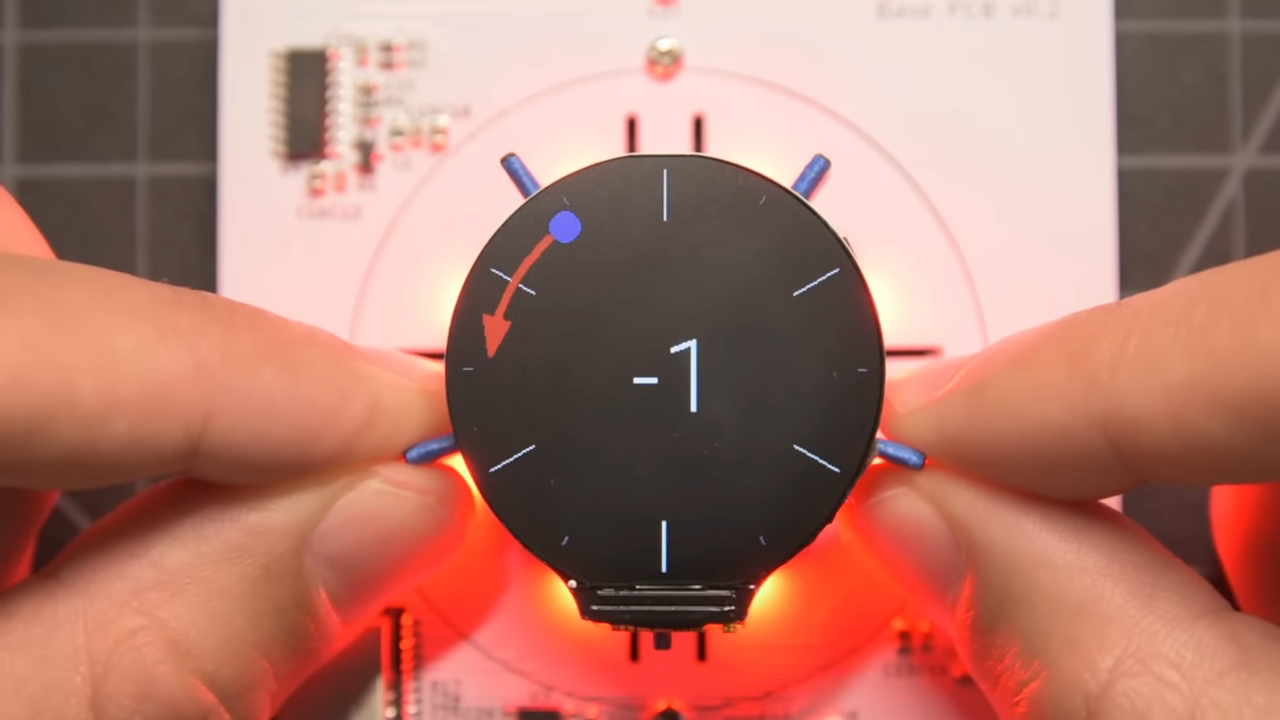 At Hackaday, we love those moments when we have the chance to follow a project that we have already presented. Usually it’s because the project has moved forward significantly, which is always nice to see. Sometimes, however, new details about the original project become available, and that’s where we end up with [Scott Bez] and its haptic smart button project.

Knowledgeable readers may recall [Scott]the announcement of this project last March. It caused a stir, with favorable comments and a general “Why didn’t I think of that?” vibe. And with good reason; the build quality is excellent and the idea is simple yet powerful. By attaching a knob to the shaft of a brushless DC motor and mounting a small circular LCD screen in the middle, [Scott] came with an input device that could be reprogrammed on the fly. The BLDC can provide virtual detents at any interval while generating haptic feedback for button presses, and the LCD can provide feedback to the user.

But how is such a thing constructed? That’s the subject of the current video, which has a ton of neat design details and building ideas. The big challenge for [Scott] supported the LCD in the middle of the knob while allowing the knob – and the motor – to spin. Part of the solution was, unfortunately, a hollow shaft motor that went out of stock shortly after this project was released; hopefully a suitable replacement will be available soon. Another interesting feature is the way [Scott] builds tiny strain gauges into the PCB itself, which sense button presses that act as an enter button. We also found the way the button pressing haptics are provided by a very clever quick jolt of the motor shaft.

This is one of those projects that feels like a solution waiting for a problem, and something you would build just for the cool factor. Hats off to [Scott] to follow a sweet build with equally juicy details.