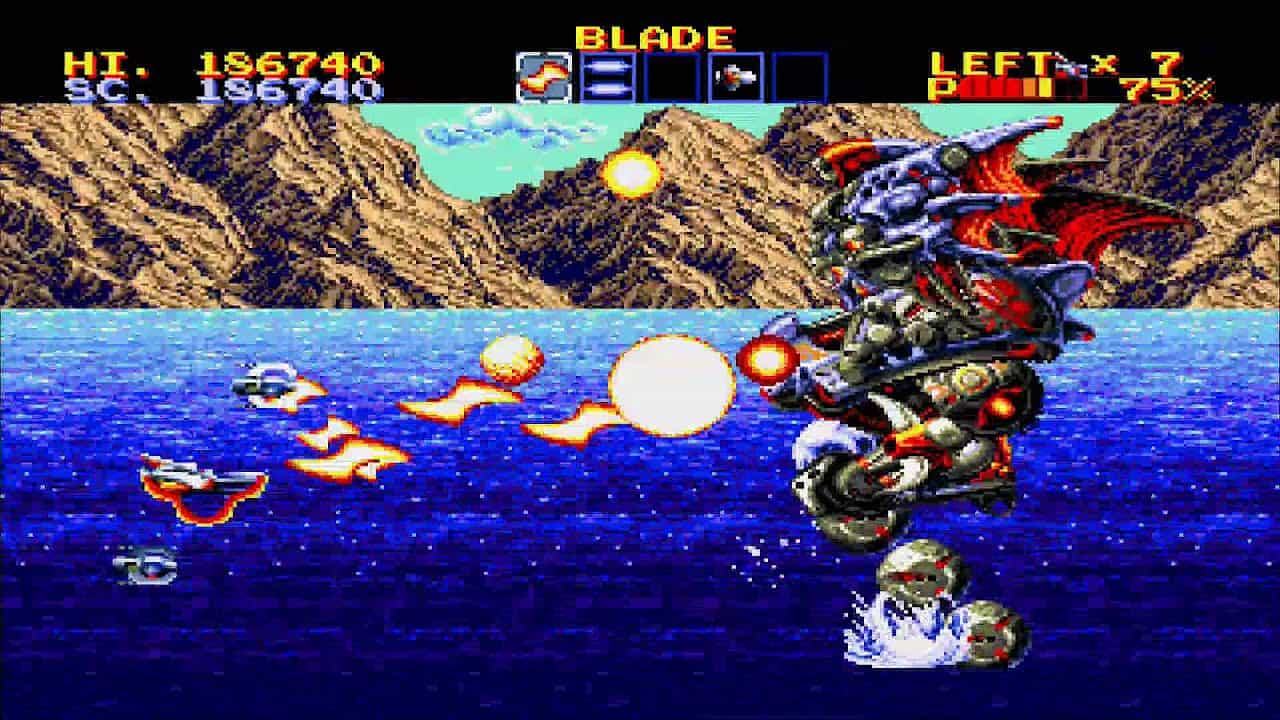 Considering that it’s the holiday season, it seems like the perfect time to look back at one of the greatest Christmas gifts of yesteryear and how much fun you can still have with one of the best consoles ever released. – and we’re not talking about the ones you still can’t buy a year after release, we’re only talking about the Sega Genesis (or Mega Drive outside of North America).

We’re not going to go into the history of the legendary console which, to this day, is even better known for Sonic the Hedgehog than anything else, but there were so many amazing games on Genesis that you could, and a lot of people have written books on it.

Today, however, we are here to talk about my favorite video game niche, an area I was so good at, but as time ravages my reflexes, I can only enviously watch kids 1c games well. -loved from my youth.

It all sounds pretty poetic, doesn’t it, but let’s get to the point, we’re talking about the best shoot ’em-ups (or Shmups) on the Sega Genesis here.

Time has matured the Genesis as a vehicle for great shoot’em-ups. Back then, we might not appreciate the quality of what came out – mostly from Japan, but now with age and the help of emulators and even real hardware being rediscovered, it’s super easy to come back to those games and literally have a blast.

Before I get into any type of list (and remember, there are no arguments about this list, this is the definitive list, and I don’t care if you don’t disagree), we probably have to realize that you will always need a way to play these games and it can be as easy or as difficult as you want it to be, so let’s take a look at some of the options available to you. we.

Okay, so if you’re new to the idea, it might seem like the most ridiculous option at first, but it’s the only real way to enjoy games as they are meant to be played and the barrier to it. entry is not as high as you might think. Even with the ridiculous prices of original retro material soaring and people, as always, trying to make a stupid profit, you can still buy original Sega Genesis consoles for a remarkably cheap price from sites like eBay, mainly because there were so many in circulation at the time due to its popularity.

If you feel like turning it into a project, you can even buy one that doesn’t work and try to fix it. This is what I do now. I learned electronics myself, just to fix this thing and it’s a lot of fun.

Now that is not the end of the problem, because since the console predates modern flat screen TVs, you will need to figure out how to display the games. In Europe if we have an older TV it may have a scart socket as an input, as this could be found even on flat screens until the last 10 years or so. Then you just need a SCART Mega Drive cable (high quality) and you’re good to go.

In North America, you can do something similar with the component input, but in any case, don’t buy an old Genesis and expect to hook it up to your current smart TV.

Another thing worth thinking about is that the Genesis was designed with old CRT technology in mind, so games will look amazing with no input lag if you still have one. lying around in the cellar or attic. Modern TVs introduce an element of input lag and that can be a killer in games where you need super-fast reflexes such as a shoot ’em-up.

The last thing to consider when using the original hardware is that you will also need the games you want to play on cartridge and this is where the cost can go up dramatically like a lot of really good shoot ’em ups. such as MUSHA are incredibly rare and therefore expensive.

The way around this is with something like a Flash Cart which allows you to read your ROMs (legally owned) from a Micro SD card on your original hardware. Flash Carts are also a great way to reduce wear and tear on your valuable original cartridges. The best is Terraonion’s Mega SD – it’s not cheap but you can even play Mega-CD games from it.

It’s the easiest way to play your (legally owned), and you can get emulators for just about anything from your PC to your cell phone or game console.

Emulators are great, but I find that when people play their old favorite games on an emulator, they tend to be a little bit disappointed more often than not. Now, part of this is due to nostalgia and a game that just isn’t as good as it remembers all those years ago, but a very underrated issue is that gaming on a emulator never plays quite like it did on original hardware. Maybe you’re using an Xbox controller rather than an original Genesis-style pad, maybe it’s the input lag mentioned above. There is something wrong. A lot of people won’t even notice it. Many things to do.

If you are looking for a cheap and cheerful way to play the games below, this is what you need.

Beyond real hardware this is the way to go and in many ways it’s even the optimal way to play as you don’t have to worry about aging electronics, old screens and cartridges. expensive.

There are a few options here. My weapon of choice is the frankly incredible MiSTer FPGA system which is just about the most perfect multi-system retro device I’ve ever seen. Calling it emulated hardware is a slight misunderstanding, the FPGA chip faithfully recreates the original Genesis hardware (it gets really complex to enter, but if you want to know more read here) so what you get is roughly 1 -1 replica of a working but hidden Genesis on a tiny DE-10 Nano board running the MiSTer FPGA environment. The recent chip shortage and increased demand for this little wonder has meant that the current DE-10 Nano card is very scarce, but I urge you to put yourself on a waiting list for the next batch.

Next up would be Sega’s Genesis Mini, which is a smaller version of the original hardware with bonuses like USB connectivity and HDMI video output. The downside is that it comes with a set number of games included, but you can side-load games and bypass this restriction.

Now is the time to get into the real games – and remember I have no discussions as to whether these are the best here, they are (although if you don’t agree, there are has the comments area below where you can participate.) These are also in no particular order, just be aware that you must play them all