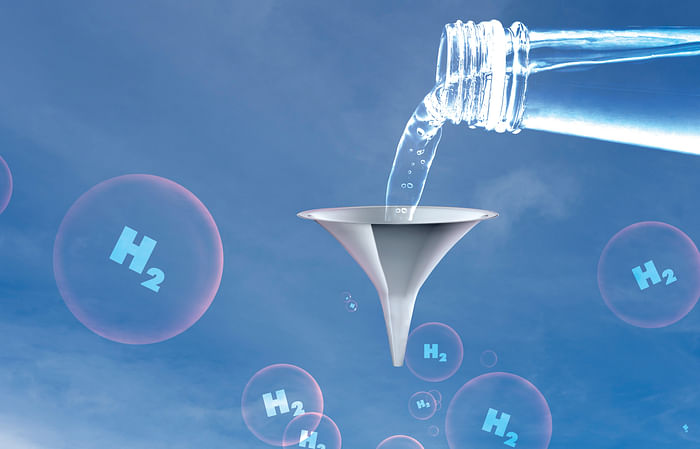 The latest buzzword in the world of global energy aspirations sounds like the title of a hit sci-fi movie – Green H2 -1-1-1 ($1 for 1 kg of green hydrogen in 1 decade). The buzzword may be new, but the science behind it was dreamed up in the 19th century. “Water will one day be used as fuel, this hydrogen and oxygen which constitute it, used alone or together, will provide an inexhaustible source of heat and light, of an intensity of which coal is not capable”, wrote Jules Verne in his 1875 novel, The Mysterious Island.

Hydrogen, nature’s lightest and most abundant element, can be used as energy after being extracted from coal (brown hydrogen), natural gas (grey hydrogen), renewable energy (green hydrogen) and carbon dioxide. water (blue hydrogen). The technologies to do this have been around for decades, but have not yet become commercially viable because the production is less than the energy used to produce the gas. But that is about to change with governments and companies making hydrogen a major part of their carbon neutrality goals.

The ball was kicked off by Prime Minister Narendra Modi when he unveiled the 25-year roadmap for hydrogen development in his speech on India’s 75th Independence Day and announced the national mission of hydrogen to achieve the wider goal of self-sufficiency in power generation by the 100th Independence Day in 2047.” Which will help India leapfrog in terms of climate is green hydrogen. We need to make India a global hub for the production and export of green hydrogen,” he said.

A few years ago, the government launched a similar mission for solar power where India is aiming for 500 gigawatts (GW) of capacity by 2030 and has achieved great success – 100 GW, compared to less than 30 GW six years ago. Will hydrogen experience a similar take-off? It will come, but with time. “Hydrogen will drive economies not now but in the near future. Today’s electrolysers (used to separate hydrogen from water using a cathode, anode and a membrane) consume 40-50 units of electricity to separate water and generate 30-35 units. The energy consumed is more than the energy generated,” says MVS Seshagiri Rao, Group Co-General Manager and Chief Financial Officer. JSW.

For energy-starved India, which is aiming for carbon neutrality by 2070, the path to energy security is through a mix of oil, coal, mixed fuels, natural gas, renewables and renewables. ‘electricity. At present, India’s $3.12 trillion economy requires 1.650 billion units (BU) of electricity, generated from nearly 400 GW of capacity. Of this number, green electricity represents only 17%. When the economy reaches $5-7 trillion over the next decade, it will need at least 3,000-4,000 GW. Moreover, at the current rate, the energy import bill will triple by 2040. The only way out of these enormous challenges is to harness as many green and locally available energy sources as possible.

New Delhi-based climate and energy research firm Council for Energy, Environment and Water Research (CEEWR) has estimated that net zero emissions by 2070 will require solar capacity of 5,630 GW, a 99% reduction in coal use between 2040 and 2060 and a 90% drop in crude oil consumption between 2050 and 2070. By then, green hydrogen should meet 19 % of industry needs, he says. CEEWR’s Center for Energy Finance says India needs energy investments of $10 trillion (750 lakh crore), including $8.4 trillion to increase renewable capacity. Another $1.5 trillion will be needed to create a green hydrogen ecosystem in the industrial sector, he says.

The Energy and Resources Institute (TERI) estimates hydrogen demand at 23 MT by 2050. India’s current production is 6.7 MT, produced mainly from natural gas by the through a steam-methane reforming process (methane reacts with pressurized steam in the presence of a catalyst to produce hydrogen, carbon monoxide and a small amount of carbon dioxide). The biggest consumers of this hydrogen are refineries, chemical companies and fertilizer plants.