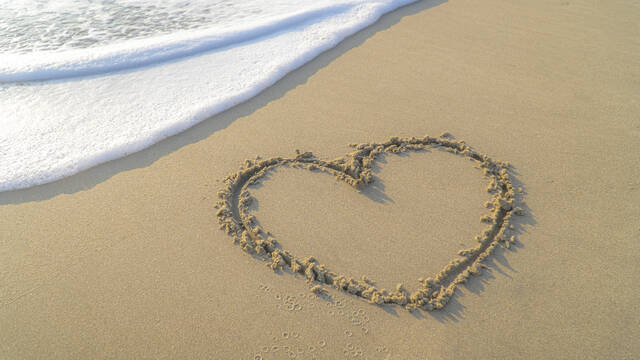 A collection of random thoughts and comments from the Journal-Courier afternoon subscriber newsletter.

I think I’m getting better at birthday gifts.

It only took almost 28 years – and a fairly lengthy verbal explanation from a group of co-workers – to get there. More on that in a second, though.

At first it was easier. When you’re new to a relationship, gift ideas are constantly flowing. So, with the help of a handy guide to traditional and modern ‘themes’ for each year (thanks to Emily Post for the idea), every September 25 was a snap. Year 1, paper; Year 2, cotton, and so on.

Around grade 11 (steel) it started to get a little more difficult.

Now I mentioned this lesson from a group of colleagues a few paragraphs ago. One year in particular, I asked my beloved what she would like for our anniversary.

â€œOh, you don’t have to bring me anything,â€ I remember she said.

She doesn’t remember the conversation.

Yet she was much more accepting of the gift-free card than the women I worked with at the time. They spent most of half an hour berating me. I returned to my office and a married man near my cubicle looked at me with empathy.

So there was a bit of panic this year when I found out that there had been no traditional gift for 28 years, although orchids had become a modern offering.

It wouldn’t work. So I asked, and I knew I had to keep pushing this time.

Turns out the answer was a pretty expensive hoodie celebrating his favorite hockey team, the Pittsburgh Penguins. Not just any jersey, but a jersey limited to a handful of stores and involving delicate navigation through the Canadian postal system.

For now, everything is okay.

I noticed that the year 29 is “furniture”. Considering the long wait for things these days, I plan to start this one next week.

I’m not the type to be inclined to conspiracy theories, but something is going on.

When I looked out the window on Monday, there were three leaves in the garden. Tuesday morning, I opened the kitchen curtain to find 327 sheets.

Obviously there was a mystery.

If the mainstream media account is to be believed, the culprit seems to be this thing called ‘fall’. Meanwhile, the trees become afflicted with their own version of male pattern baldness and will soon have only bare branches to show.

As Wednesday was only the first day of the season, there is still plenty of foliage to fall.

This begs the question of what to do with these spring and summer reminders.

I’ve spent many years raking and wrapping them up for curbside pickup, but sending books of leaves to landfill somehow seems wrong. I have tried mulching with a cordless leaf bagger, but spend more time ridding the bagger of jams than producing usable mulch.

A few ideas have not worked well: Lighting them on fire while they are still on the trees is not only recommended, but actually frowned upon, as is setting up large fans to redirect leaves that fall in. the gardens of others.

Some people have recommended tarps, lawn sweepers, or just mowing them.

After probably 30 years of raking and bagging, I’m exhausted. I welcome new ideas.

There is still time to make a plan, but not much. The yard is already at 413.

But I tend to save everything – you never know when notes taken for this story in 2013 or a cable to connect a parallel printer to a Windows 3.1 machine might be needed – making it a balancing act that would do. fear the Flying Wallendas.

My method has been to point out a drawer, closet, or corner of the attic, basement, or garage and move everything into its little nook once I’m tired of seeing it. Out of sight out of mind.

Until last week, when a slow but intentional purge of “stuff” sent me to the garage. I had the impression that Frank Drebin was cleaning his desk in “The Naked Gun: From the Files of Police Squad!” “:” Hey! The missing evidence in the Kelner case! He was really innocent!

There were photos, old newspapers, magazines that surely had a reason to keep, miles of cables and connectors and assorted hardware from home improvement projects planned and never started.

Some of it went to the trash. A few items were put on the sidewalk and disappeared within hours.

The work is far from over. I still have to figure out how to get rid of two old televisions, although working, and reduce about six full boxes to two worth saving.

In the meantime, if anyone needs 50 feet of coaxial cable or to read the December 1988 Esquire Magazine article on Bruce Springsteen, let me know.

David CL Bauer is editor and publisher of the Journal-Courier.

Prepare for the biggest changes in Endwalker