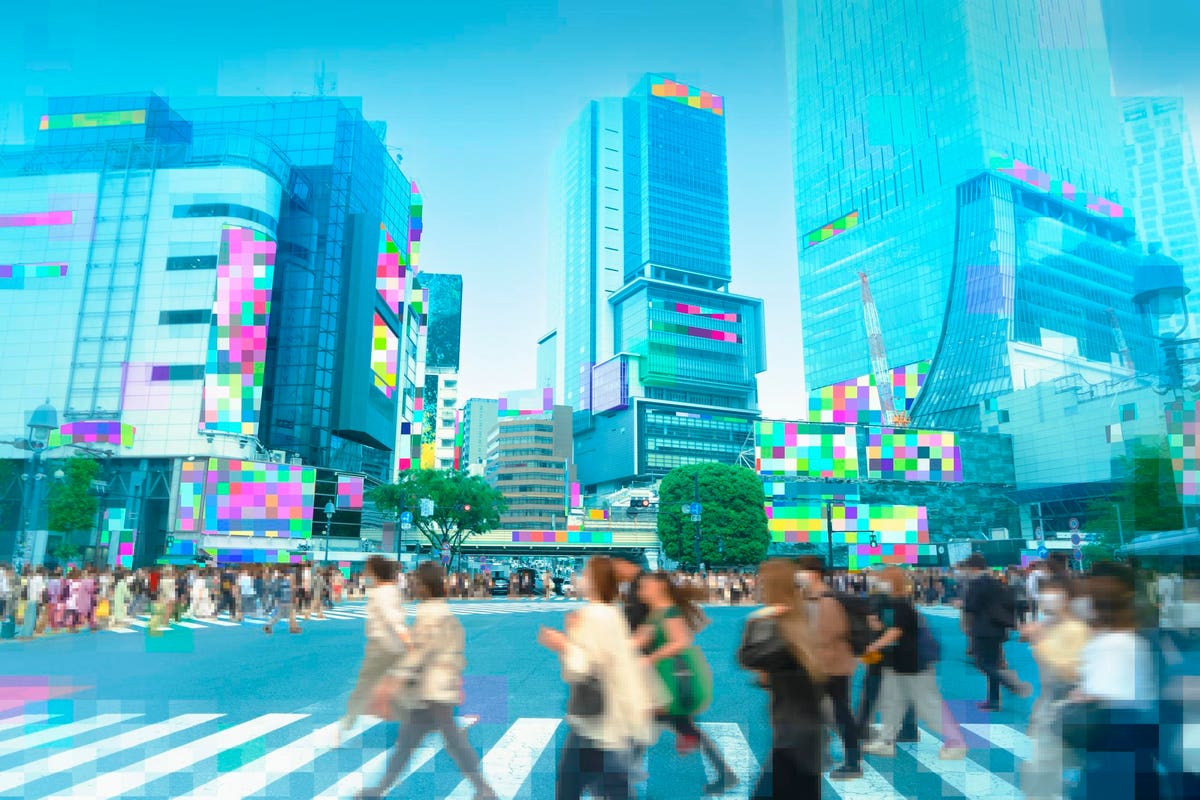 Just days before last week’s Climate Week extravaganza in New York, a $195 billion industry announced a 99.95% reduction in absolute energy consumption. Yet in the hundreds of events claiming exactly that kind of giant cut, very few executives have mentioned the achievement.

Why? If it was Ikea or Unilever who had announced such carbon savings, we would have shouted it from the rooftops. But the sustainability movement doesn’t pay much attention to cryptocurrencies, and it was Ethereum (which trades more value than Visa) that changed its rules and reduced its footprint.

For too long, the sustainability movement has either ignored or lamented the virtual world. Sustainability seeks to save our physical lives on earth, from the food we eat to the clothes we wear, the air we breathe, and the unstable climate we currently live in. Metaverse, on the other hand, is a relatively new venture that promises a pixelated escape from this fragile Earth reality.

For many serious folks, the metaverse seems like a ridiculous distraction from our planetary problems, rather than a solution to them.

Except the metaverse is already driving sustainability and has the potential to turn material consumption upside down. Because all those pixels could drive all the things that damage the planet out of our economies.

Today, there’s a burgeoning cohort of conscious consumers enjoying the intangible joys of the metaverse. According to a recent survey of nearly 5,700 consumers in the United States and Europe, those who are more likely to buy sustainable products are also more than twice as likely to also shop in the Metaverse. Maybe more of my environmentalist friends are already in the metaverse than they care to admit.

This shift from material consumption to online shopping is superbly more effective than exhortations not to buy at all. Mainly because of status anxiety.

For those who grew up in capitalist democracies, status symbols have been stable for decades. It could be a red sports car, a branded sneaker, an expensive perfume or a stay in a 5 star hotel, a private jet or a seat at a tasting menu. of 10 dishes. These function as status symbols in our societies because they perfectly denote a simple asset: wealth. Biologically, wealth is a display of excess, proof of a potential mate’s success in the game of life. Just as a peacock’s flamboyant, useless feathers display its abundance of energy – through its ability to find food and avoid predators – so do expensive costumes and diamond rings show their wearer’s bountiful resources. The goal here is to deliberately waste – and that’s perfectly natural (Charles Darwin even called wasteful behavior an “honest signal”).

This has become catastrophic news for the environment. Wasting wealth as a status symbol is nothing new – it’s as old as rotting pineapples on the 17the century dinner tables and gold jewelry buried with ancient Egyptian pharaohs. But as our population explodes, disposable income rises in rich countries, and the rich get richer, our status signals have taken a heavier toll on the planet’s finite resources. Indeed, scientists have shown that affluent lifestyles accelerate the environmental crisis. And the recent report of the Intergovernmental Panel on Climate Change does not hesitate to condemn these behaviors: “Conspicuous consumption by the rich is the cause of a large part of the emissions in all countries, linked to the expenditure such as air travel, tourism, large private vehicles and large homes.

Which presents a bit of a pickle. Human status-seeking is hardwired and part of our biological and societal nature. But, this natural drive drives our natural life support systems to destruction.

And so, to my great affirmation, the Metaverse and Web3 can save us.

What if our status displays only existed online? What if likes and followers replaced flashy limos and watches? What if conspicuous consumption of “real world” stuff could just die on the vine?

This radically dematerialized future is within reach. More than 62% of the world’s population now uses the internet – a hard figure to track when 27,000 people go online for the first time every hour (yes, every hour). Facebook alone accounts for 3% of us; if it were a country, its population would be greater than that of China and India combined. More people have a mobile phone subscription than they have access to basic sanitation services.

The rapid encroachment of the Internet on the daily life of the majority of the world can hardly be overstated. A typical internet user spends more than 40% of their waking life online. There we collect and display our likes, our followers, our level of play, our retweets – our virtual status markers.

What was once decidedly physical is already becoming mere pixels or tokens. Three years ago, the world’s first digital dress sold via blockchain for $9,500. Its forward-thinking owner describes a sentiment that perhaps reflects this digital native culture: “500 years ago we jumped on a ship to sail to the edge of the map, but everyone in the physical world has already been discovered. . It’s really exciting to discover a space that has not yet been explored”. It’s a space where something doesn’t have to be “real” to be relevant or marketable – and Web3 will accelerate that transition. This even applies to Insta influencers themselves: Miquela is a robot with 3 million followers. And Travis Scott’s avatar pulled in 12.3 million live viewers during a “performance” gig in 2020.

To protect the planet, it is imperative that these digital spaces cause less environmental damage than their predecessors. The power consumption of mining associated with digital hardware is a major concern, but the widespread attention to the issue is already driving a shift from power-intensive “proof-of-work” to chains of ” less energy-intensive proof-of-stake – with Ethereum. announcement setting a huge precedent. And while manufacturing devices and operating data centers use significant amounts of land and energy, they cannot be compared to global supply chain resources, the impact of manufacturing, unnecessary use and disposal of status-bearing clothing, cars, and other physical property.

Social media as an environmental solution is also not without psychological risks. Internet addiction is becoming a recognized disorder, with rates among young people ranging from 2% in some European countries to 51% in the Philippines. Last year, ex-Facebook employee Frances Haugen alerted the world to the damage caused by the platform and pointed out that enormous control was in the hands of a few. Social media is still in its early blinking and yawning moments – these risks are real and should be considered as they find their feet. In doing so, its fullest and most beneficial potential may continue to unfold.

We must keep in mind that changing online status will never mean that everyone becomes less superficial or more virtuous. There will be cheating, injustice and manipulation, just as there is in the physical world. It is certainly not about social media, games and the virtual world becoming a space solely focused on sustainability, values ​​or important debates. If so, it wouldn’t work to dematerialize status symbols.

The virtual world doesn’t need a purpose beyond what it already has. By becoming superbly good at what he is already becoming: a status symbol more important than material consumption. Educating young people in the digital space already inspires them to blur the lines between the digital and the physical, to create virtual status and to send these signals using social media, without the need to consume precious resources. physical.

Which only leaves the question: will we all go virtual in time to save the planet?