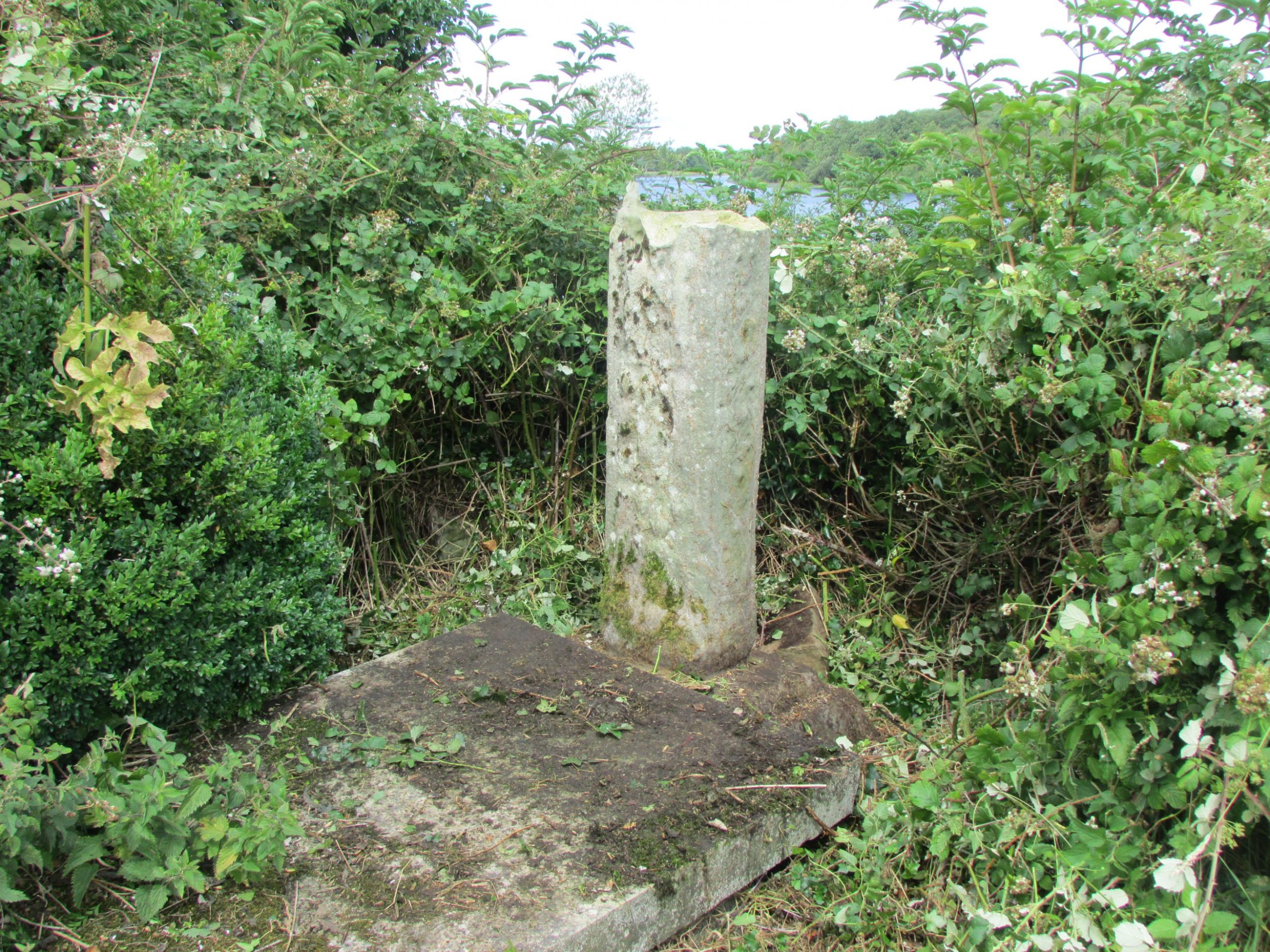 Scholars and history buffs have called for more to be done to protect Fermanagh’s ancient heritage, after major damage was done to a local high cross over 1,000 years old.
The Council told the Herald it is currently investigating damage to the east cross shaft of Old Galloon Cemetery on Galloon Island, one of two on site since the turn of the Christian era.
It is not yet clear who or what caused the damage to the cross, which was recently uncovered by history buffs including medieval stone carving expert Dr Megan Henvey, who came from the University of York to assess the damage.
Dr Henvey explained that she had previously worried about the cross shaft, which was missing its upper half after being previously damaged over the centuries, as a nearby hedge had been allowed to grow over it. She herself has since reduced the proliferation.
After receiving a photo of the most recent damage, Dr Henvey, from Co Down, traveled to Fermanagh to see it for herself. She explained that a solid foot at the top of the well had been knocked down, on which important carvings were depicted.
“It’s really not clear what caused the damage at the minute,” she told the Herald, noting that it wouldn’t have been easy to damage the solid stone structure.
“It was caused by something really big, and whatever it was, it must have been damaged doing it.”
Dr Henvey said no one took responsibility for the damage, with the Council saying neither its staff nor its contractors were involved. She also noted that the damage was likely done some time ago, as ivy had started growing on the broken fragments of the stone.
The section of the well that was damaged also featured a sculpture, depicting two men and a trumpet, that does not exist on any other high cross, making it particularly significant, she said.
Dr Henvey, who said there had been considerable interest in the damage done to the historically significant cross by scholars across Ireland and the UK, is due to meet the Council to discuss the issue on Monday .
“My main interest is to make sure nothing like this happens again, and to really make sure [these crosses] are taken care of,” she said, adding that other sites such as Downpatrick and Clonmacnoise provide a good example of how simple measures have a big impact on the protection of these monuments.
History buff Jarlath McKenna, who originally alerted Dr Henvey to the damage, is originally from Belfast but has been traveling to Fermanagh to visit Galloon for some time due to its importance.
“It was one of those things that I watched over,” he said. “I was aware that the cross had been damaged a few years ago and nothing was ever done about it.”
Mr McKenna expressed concern about what he saw as a lack of Council interest in protecting the site, particularly in light of plans for a new Erne pilgrimage route, which would encompass the old cemetery.
“Obviously the Council has a program in place for this trail, which will be fascinating, but they have to take care of what they have there,” he said.
When contacted by the Herald, Council said it was aware of the damage and was investigating its cause.
The spokesman added that Fermanagh and Omagh are “currently undertaking a major project, the Erne Pilgrimage Trail, which includes engagement with local communities and heritage stakeholders”.
They said the trail, which is being developed in partnership with the Lough Erne Landscape Partnership, would involve consultation and “produce conservation management plans and public programs to raise the profile of key sites, including Galloon, in order to ensure the preservation and protection of our important local heritage assets located throughout the county.

Receive quality journalism wherever you are, on any device. Stay up to date from the comfort of your own home with a digital subscription.
Anytime | Anywhere | Everywhere