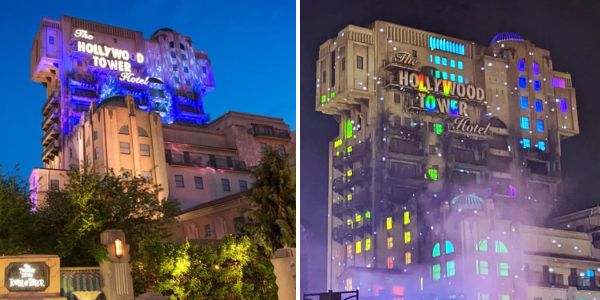 Disney is giving Iconic Ride a rainbow makeover for Pride

As you may already know, Pride Month kicked off in June, bringing all sorts of special activities and limited-edition experiences to Disney parks. From merchandise to dining options, guests visiting during Pride 2022 can expect incredible experiences.

At Disneyland Paris, these celebrations are in full swing. We’ve already covered one aspect of Pride Month 2022 with the introduction of gender neutral bathrooms and now another big change has come to the park.

As indicated on the official website of Disneyland Paris, “The Walt Disney Studios Park is THE place to celebrate diversity with family and friends! Magic fills the air, with live concerts, a colorful parade and attractions open until 2am. Get ready for the fabulous 2nd edition of Disneyland Paris Pride, presented in all the colors of the rainbow!”

As you can see in a tweet shared by matt (@mattxiv) below, the colors of the rainbow hit one of the Walt Disney Studios Park icons:

they yassified the disneyland tower of terror

they yassified the disneyland tower of terror pic.twitter.com/NXv53QUOxu

That’s right, the spooky Hollywood Tower Hotel looming in the distance can now be seen with rainbow projections and lights on the front. You’ll also notice that some of the letters are lit up in a way that spells “love.” While this is a cool and very unique change, it will only last until the end of the month at the park.

The Twilight Zone Tower of Terror: A Grand Reopening

Visit the infamous Hollywood Tower Hotel, the former haunt of Tinseltown’s rich and famous until a mysterious incident forced it to close 1939. At the Twilight Zone’s Tower of Terror, venture under the wrought iron gates of the abandoned mansion and enter a dusty hall seemingly frozen in time.

Enter a dark library with strange artifacts. As lightning illuminates the dark room, a nearby television set comes to life, and Rod Serling welcomes you on a journey into the Twilight Zone.

Are you brave enough to enter The Twilight Zone Tower of Terror and face its three stunning new horrors: The Malevolent Machine, The Shaft Creatures and The 5e Dimension? Prepare to have your soul cry out as you plunge into darker depths than ever before. Mwah-ha-ha-ha-ha!

Are you visiting Disneyland Paris this year?

One-on-one with the Vubachikwe Rescue Team