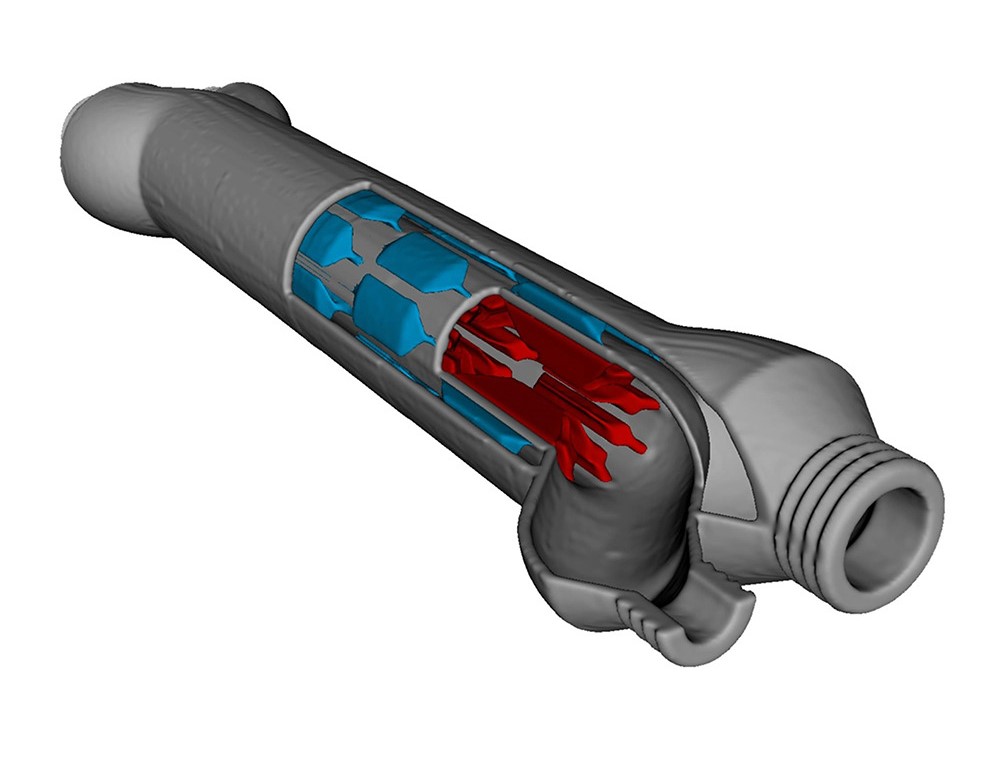 The preselections for the 2021 3D Printing Industry Awards are now open to vote until October 20. Vote here.

A team of researchers from University of Illinois at Urbana-Champaign used 3D printing technology to produce an ultra-compact next-generation heat exchanger, increasing performance by up to 2000%.

To activate the new geometry, engineers developed their own specially designed 3D heat exchanger design software with topology optimization functionality. The program is designed specifically to optimize existing heat exchanger designs to maximize heat transfer while minimizing part weight, which could have major implications for industries such as power, electronics and aerospace.

“We developed shape optimization software to design a high performance heat exchanger,” explains William King, professor of mechanical science and engineering and co-lead of the study. “The software allows us to identify 3D designs that are significantly different and better than conventional designs.”

The need to advance heat exchangers

Heat exchangers are simply used to transfer thermal energy from point A to point B. They are essential in most large industries and are present in almost all complex systems that generate heat. This includes power generation systems, transportation, oil and gas processing, water desalination, and thermal management for consumer electronics.

With millions of heat exchangers in use around the world today, their performance and efficiency has become more important than ever for global sustainability and reducing energy consumption. We need large area devices that promote efficient heat flow while being compact and lightweight. In certain industries such as aerospace, this combination is particularly important because the size and mass of the parts have a direct impact on the performance, range and costs of the system.

Unfortunately, according to researchers in Illinois, the design of heat exchangers has not changed much in recent decades. Limited by conventional manufacturing technologies, we have not been able to integrate complex structures like internal channels that optimize heat flow. However, with metal 3D printing now a viable option, 3D heat exchanger designs that were previously considered impossible can be manufactured with ease. All that was needed was a dedicated software tool to design the new, more efficient devices.

Using their 3D design software, the team studied a special type of heat exchanger called a tube-in-tube exchanger, which is often found in drinking water systems and building energy systems. As the name suggests, tube-in-tube heat exchangers have an inner tube fitted inside an outer tube. The Illinois design also featured a set of fins integrated inside the tubes – an internal design feature made possible only by 3D printing technology.

Once the optimized design was finalized, engineers printed the heat exchanger using AlSi10Mg and tested it for performance in a laboratory environment. The apparatus was found to have a power density of 26.6 W / cm3 and a specific power of 15.7 kW / kg, which would be approximately 20 times that of comparable commercial heat exchangers.

Further details on the study can be found in the article titled ‘Development of ultra powerful heat exchangers through the design of genetic algorithms and additive manufacturing‘. It is co-written by Hyunkyu Moon, Davis McGregor, Nenad Miljkovic and William King.

Earlier this month, researchers from RMIT University, Australia, has developed a set of next-generation 3D printed heat exchangers powered by jet fuel. 3D printed catalysts, as they are called, are metallic heat exchangers coated with synthetic minerals called zeolites. Using jet fuel as a coolant, they could be the key to solving one of hypersonic flight’s biggest problems: overheating.

Looking for a career in additive manufacturing? Visit 3D printing works for a selection of roles in the industry.