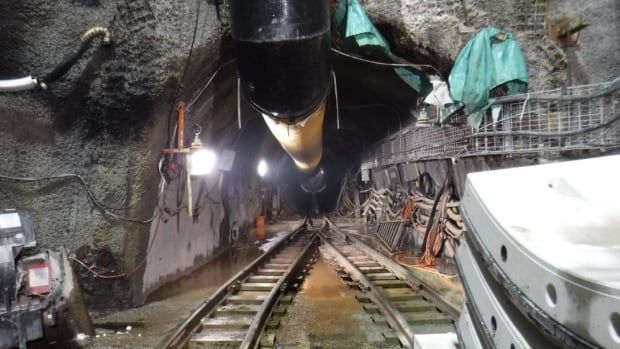 Two tunnels designed to prevent sewage from flowing into the Ottawa River malfunctioned and caused a small spill, less than a year after being put into service.

The tunnels, priced at $ 232 million, were opened last year on November 20. They were part of the city’s 2010 plan to prevent surface runoff and sewage from flowing untreated into the Ottawa River in very wet weather.

Last week, they were being used to store wastewater while maintenance work was being done at the Robert O. Pickard Environmental Center, the city’s wastewater treatment facility, according to a note from Marilyn Journeaux, director of operations. city â€‹â€‹water services.

The large sewage storage tunnels span 6.2 kilometers in total, with 15 underground chambers capable of holding up to 18 Olympic-size pools worth of sewage.

A tunnel runs east to west from LeBreton Plains to New Edinburgh, crossing another that runs north to south along Kent Street from the Queensway to the rear of the Supreme Court of Canada .

Last Tuesday, the instrument that measures sewage levels in the Stanley Park well malfunctioned and the tunnels were filled beyond capacity.

City staff were monitoring the system and were able to stop the overflow quickly, Journeaux wrote in the note.

The sewage was discharged in three places: Stanley Avenue and Keefer Street, Booth Street and Wellington Street and on Kent Street.

A total of 306 cubic meters spilled at the three sites, a volume that represents about 0.1% of the daily volume treated at the wastewater treatment facility on a typical day, the city said.

The city is investigating what went wrong in order to avoid similar problems in the future, Journeaux wrote.

The spill was reported to the Ontario Ministry of the Environment.