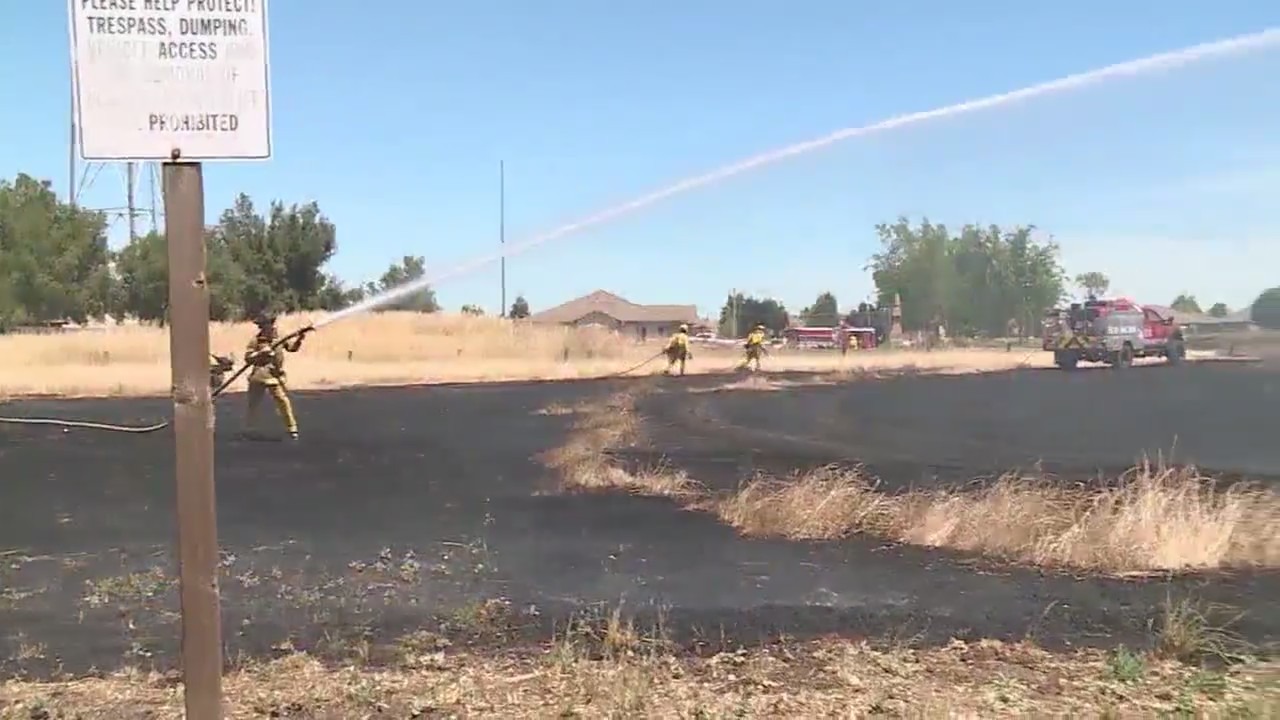 Firefighters on alert as fires break out during red flag warning

Witnesses said sparks from the power line started a small fire just west of Esparto. Firefighters were able to keep those flames away from nearby homes, but about 1,500 electric customers lost power.

In South Sacramento, a fire scorched the ground in Lavar Burton Park. Firefighters managed to put out the fire, but not before residents tried to help.

“I opened the sprinkler, put on the water hose, but the hose didn’t have too much power,” said a resident.

During the red flag warning, with strong gusts of wind, grass fires can move quickly.

Fires along Freeport Boulevard believed to be arson

“During these Red Flag events, they are of great concern to us, especially the wind,” said Cal Fire Division Chief Brian Mackwood.

“The wind is pushing those embers much further ahead of that main fire, which is producing additional fires or spot fires as we call it,” Mackwood said.

And while Cal Fire and other fire departments pleaded with people to create a defensible space, they said at the red flag warning now was not the time. So they’re asking residents to put things like weed eaters away — at least for a few more days.

“Mechanical lawnmowers, weedkillers, chainsaws, that sort of thing, the next 72-hour period is not the time to do that,” Mackwood said.

Mackwood said while they are ready to fight any fires that may arise, they will be adding additional resources in the coming months.