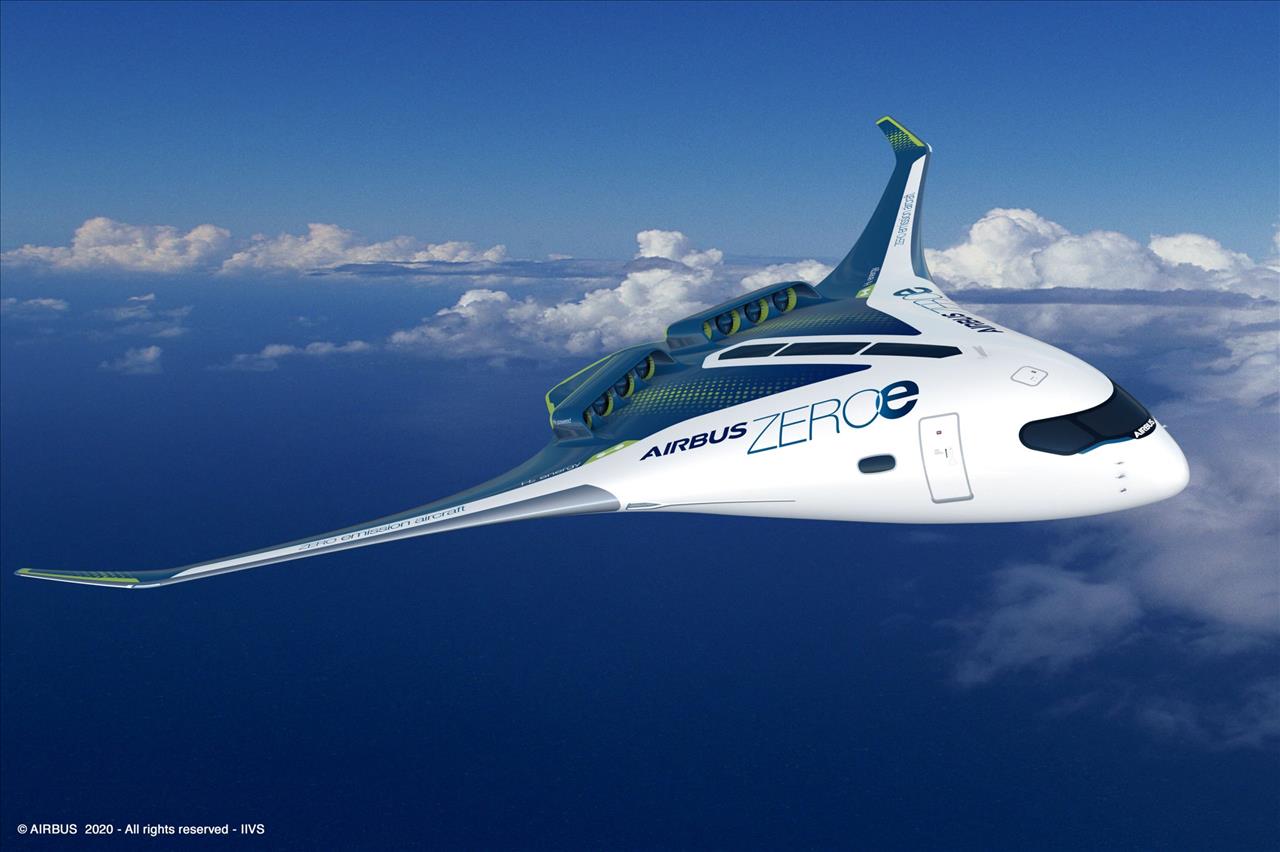 Flying high: In praise of the hydrogen option

(MENAFN- Asia Times) It probably won’t happen in my lifetime, but according to a German aviation expert, commercial airplanes powered by hydrogen technology could be as common as gas turbine engines are. today, reported EFahrer.com.

Under pressure to reach zero net greenhouse gas emissions by 2050, airlines are experimenting with alternatives, including so-called sustainable aviation fuels, or SAFs, as well as all-electric planes and hydrogen.

All of them are an integral part of the decarbonization roadmap.

Some companies argue that business commuters in the 2040s will make short jumps on six-seater electric vehicles that take off and land vertically.

But these vehicles – VTOLs, for “vertical take-off and landing” – cannot go any further, and the most successful VTOL prototypes have barely started.

For medium or longer distances, it just won’t fly, as they say.

Which brings us to hydrogen.

Professor Tobias Grosche of the University of Worms in Germany only sees electric planes as an alternative to a limited extent. In his opinion, hydrogen has better potential to power future planes.

How does it work exactly?

Compressed hydrogen gas can be used in two ways in aviation: for direct combustion in a turbine and in a fuel cell to generate electricity.

During combustion, modified engines could use hydrogen with ambient air for propulsion.

Only small amounts of water vapor and other combustion gases are produced, but no harmful CO₂, according to the professor.

It is unlike anything seen on runways today: the “pod” configuration – one of many conceptualized as part of the ongoing R & D on the ZEROe concept aircraft – comprises a series of autonomous propulsion systems based on hydrogen fuel cell technology. Credit: Airbus.

To convert it to electricity, an airplane needs a fuel cell that uses hydrogen gas to generate electricity. By dispensing with turbines and using electric motors, the aircraft would be quieter and no longer generate contrails.

In Grosche’s opinion, however, this technology is expensive and the fuel cell to carry would add additional weight. In general, there are still technical challenges for both concepts that should be resolved.

On the one hand, the airport infrastructure, i.e. tanks, pipelines and the fueling itself, should be converted to hydrogen.

In a transition period, airport operators would most likely have two systems, one for kerosene and one for hydrogen, an expensive option.

On the other hand, hydrogen requires more volume than kerosene and must either be strongly compressed in special tanks or cooled to less than minus 200 degrees.

“In the end, it will be a question of space,” Grosche supposes, because the tanks will be spherical or cylindrical due to the higher loads.

In terms of fuel and tank weight combined, aviation fuel has the advantage over hydrogen by a factor of 1.6, says Rajesh Ahluwalia, hydrogen and fuel cell researcher at the National Laboratory of ‘Argonne.

While aviation fuel makes up about 78% of the combined tank and fuel weight, liquid hydrogen only makes up 18% of the total in current storage designs. To compete with fossil fuels, the fuel weight fraction must reach at least 28%, he says. 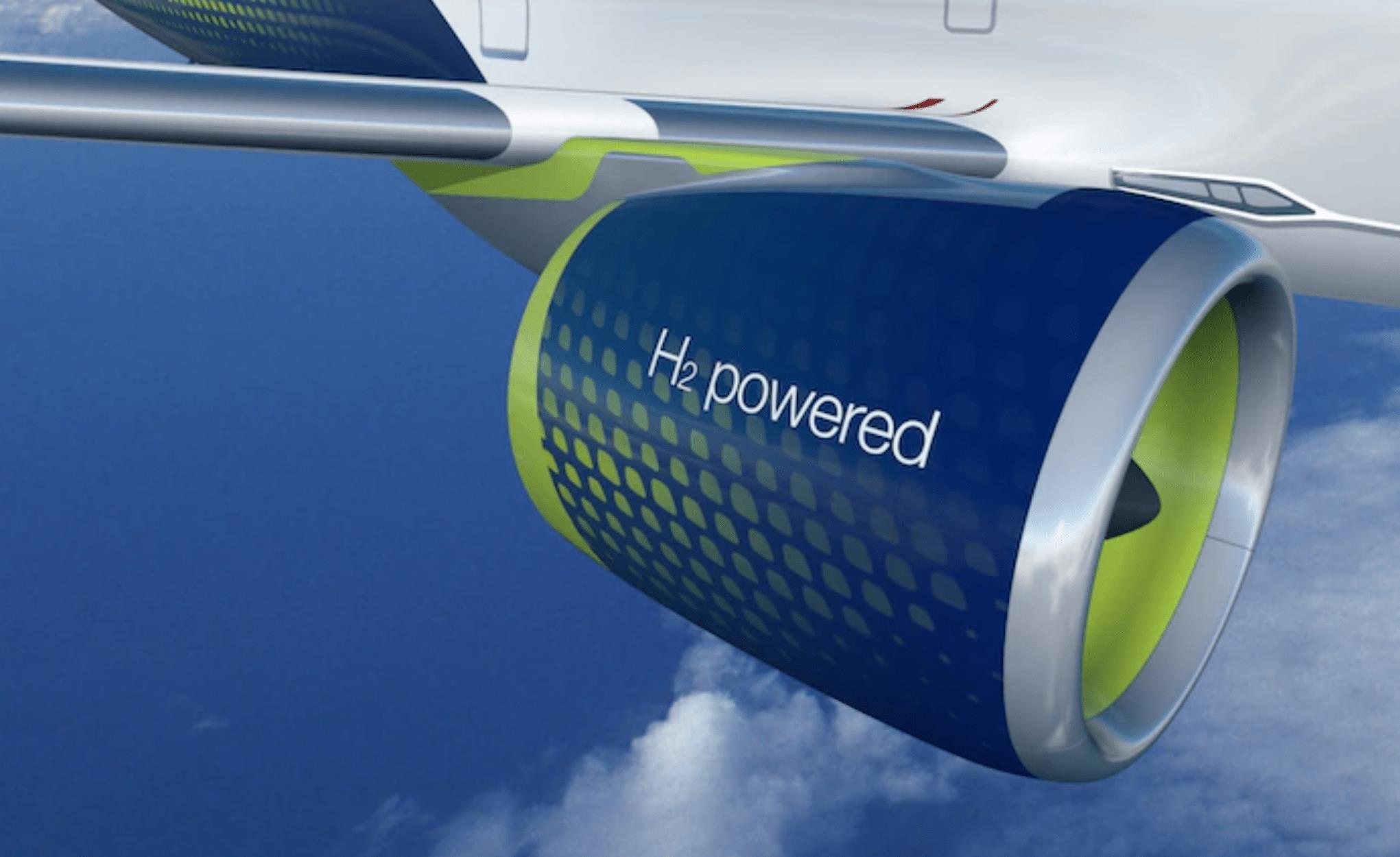 Today’s internal combustion engines in airplanes can be modified to run on alternative fuels to improve environmental performance. Today, the combustion of hydrogen, whether gaseous or liquid, appears to be one of the most promising options in this regard. Credit: Courtesy of Airbus.

In today’s design models, the kerosene tanks are located in the fenders to allow more space for cargo and passengers.

With the “ZEROe” concept, Airbus is already planning planes with hydrogen tanks, but their range is limited by the smaller amount of fuel transported.

The third concept is a futuristic mixed-wing design that starkly departs from today’s business models.

Airbus says this third design might be able to carry more passengers over longer distances than the other two, but has not released more details at this point.

All three models are envisioned as hydrogen hybrids, meaning they would be powered by gas turbine engines that burn liquid hydrogen as fuel, and also generate electricity through hydrogen fuel cells. .

Hydrogen “is one of the most promising technological vectors for enabling mobility to continue to meet the fundamental human need for mobility in better harmony with our environment”, says Grazia Vitaldini, Chief Technology Officer at Airbus.

But hold the phone, says aerospace giant Boeing, which has yet to commit to specific technology.

According to Sinnett, the challenges of hydrogen fuel production and storage will take a long time to resolve.

Moreover, for hydrogen propulsion to become a reality soon, government regulators must work at a pace corresponding to technological development – this is not a safe bet either.

“I don’t think it’s anything around the corner,” Sinnett said.

Likewise, the industry understands how kerosene bypass turbojets operate under all kinds of conditions – a crucial point that cuts the hydrogen off at the knees. 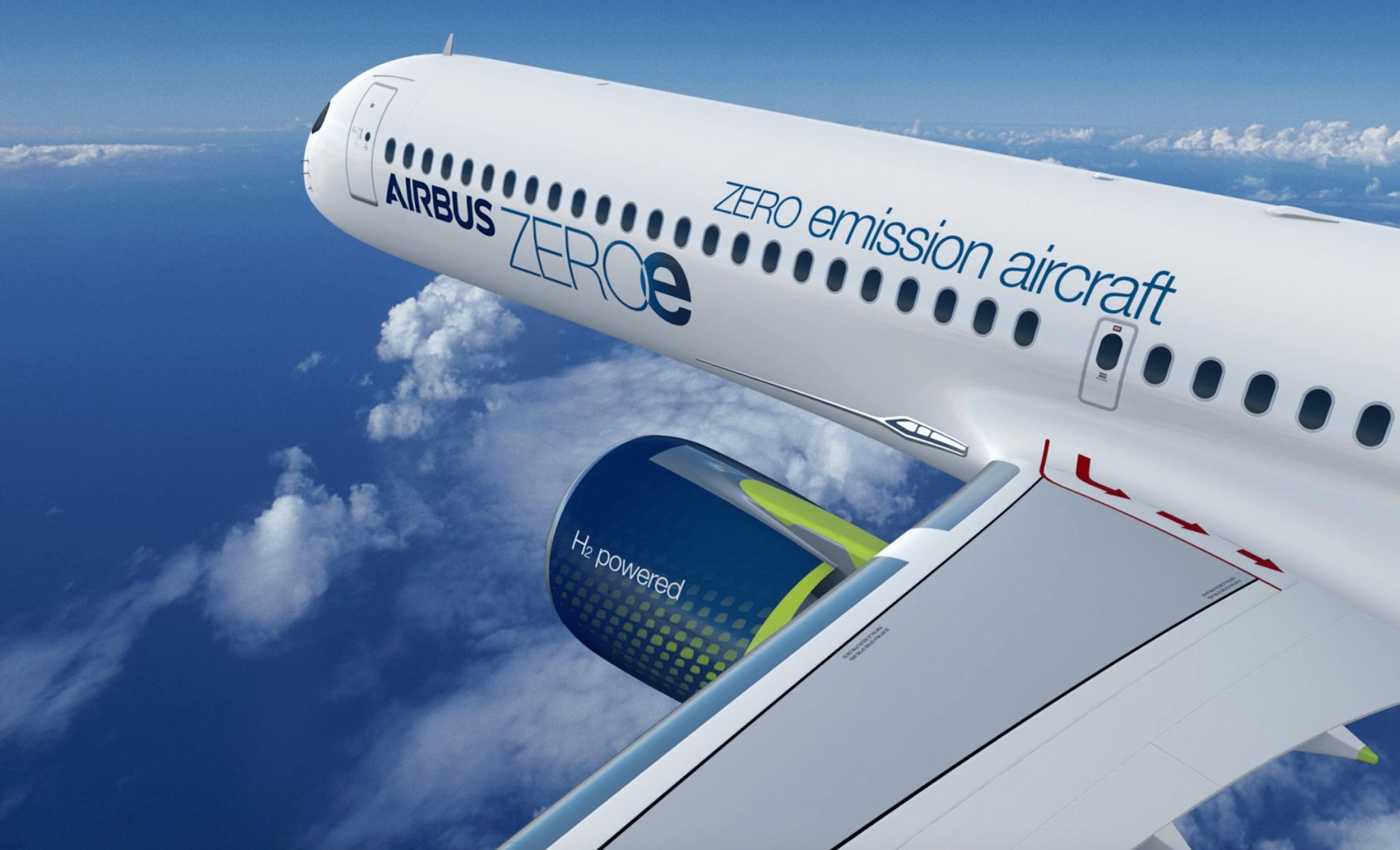 “Battery propulsion to power larger planes over longer distances is not possible with today’s technology,” explains Matthieu Thomas, chief architect of ZEROe Aircraft. and energy for a given weight. This makes fuel cells an extremely interesting technology to achieve our ambitions. Credit: Courtesy of Airbus.

The same can’t be said for hydrogen, Sinnett says.

“We have to make sure that he [is] no backpedaling on these levels of safety, ”says Sinnett. “This means there is a lot to learn” about hydrogen propulsion.

Aircraft manufacturers and airlines therefore rely on sustainably produced fuels, subsonic airliners such as the Boeing 737 are powered by turbojets, which use mechanical energy derived from a gas turbine to accelerate the air. towards the rear by means of a ducted fan.

Phillip Ansell, director of the NASA-funded Center for High-Efficiency Electrical Technologies for Aircraft at the University of Illinois at Urbana-Champaign, said, “You can almost simply drop hydrogen into diesel engines. ‘today “.

He compared it to the process of converting to adapt a propane grill to run on natural gas.

But if it would not produce CO2 or soot, hydrogen will produce polluting nitrogen oxides (due to the presence of nitrogen in the air) and water vapor.

Grosche is also concerned that even if Airbus launches its first hydrogen-powered aircraft in 2035, it will be a long time before all airlines have converted their fleets.

I’ll be high in Heaven, Copy Editor’s Heaven (or Hell) by the time this happens, and many of you reading this too.

Normally, an aircraft has a lifespan of 20 to 30 years, so it is doubtful that aviation can truly become CO2 neutral by 2050.

Besides investing in new machinery, there is another hurdle: hydrogen is currently expensive and only available to a limited extent.

Before the pandemic brought most flights to a halt, commercial aviation accounted for about 2.5% of global carbon dioxide emissions.

It sounds like a small proportion of the whole, but it’s more than those in Germany (2.2%), and that’s not the whole story.

Carbon dioxide accounts for about half of aviation’s contribution to what is known as its effective radiative forcing, that is, its total contribution to the factors that actually cause global average temperature to rise.

Contrails – water vapor trails from aircraft – are the main other factor in aviation.

The World Wildlife Fund describes aviation as “one of the fastest growing sources of greenhouse gas emissions causing global climate change.” He adds that air travel is “currently the most carbon intensive activity an individual can do.”

All of these factors make eco-activist Glum Greta, well… brooding.

The good news is that commercial aviation has an excellent track record of improving efficiency.

Carbon dioxide emissions per passenger flight have decreased by more than 50% since 1990 thanks to improved engines and operations.

The bad news is that these gains have been overtaken by the increase in air traffic volumes.

This figure has increased by at least a fifth over the past five years and is expected to reach 10 billion passengers per year by 2050.

We appreciate the vital role newspaper haulers play in bringing you the news | News, Sports, Jobs