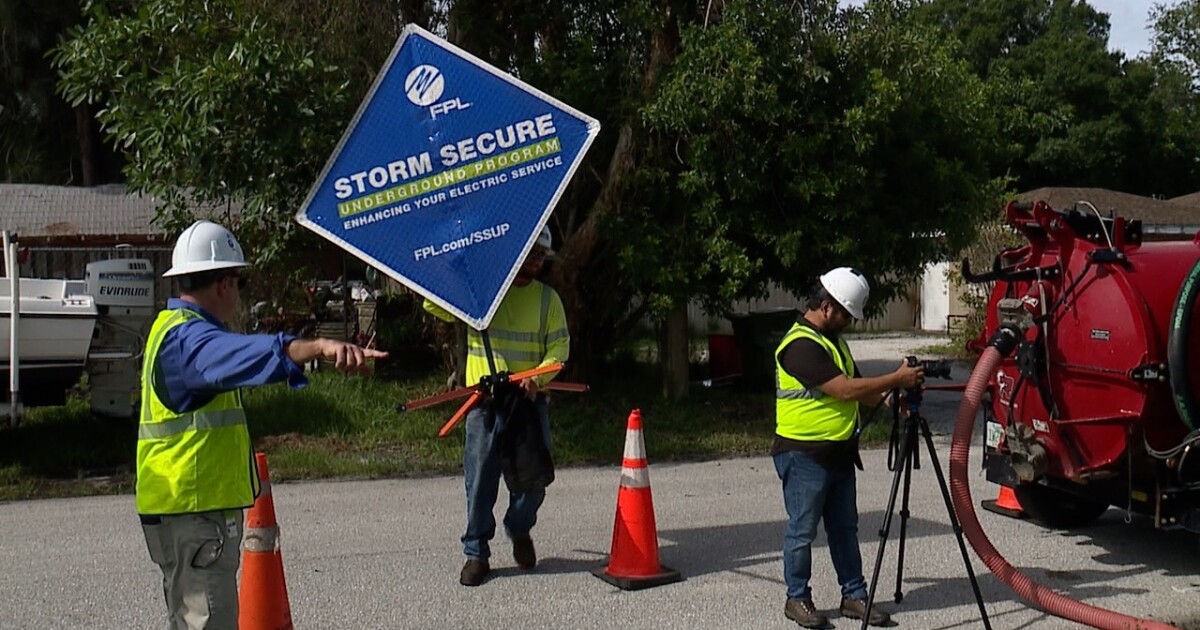 Sarasota – Usually people aren’t too excited to see construction happening in front of the house, but Rachel Black is delighted with what she sees.

The upgrade is from Florida Power & Light, which is installing underground power lines in this area of â€‹â€‹Sarasota.

â€œI’m excited to see how it works,â€ said Black.

According to the FPL, the main cause of the power outages caused by Hurricane Irma in 2017 was trees that fell on overhead power lines.

In addition, by putting the line underground, reliability has improved by 40% since 2006.

â€œNot only will this improve reliability, but in the event of a power failure, we will move the power lines from the back to the front of the house, so it will be faster to do the recovery,â€ he said. .

â€œI have three little things, so I don’t have the Internet or TV. We are pretty boards.

The FPL says it has selected areas where it is difficult for trees to cut off electricity during past storms.

In this process, the yard is drilled horizontally as the team sends power lines from one hole to another.

They are trying to accomplish as much as possible before Tropical Cyclone Elsa causes concern in the Atlantic Ocean.

â€œSafety is a major concern and we don’t want to have any issues that our customers could fall into or interfere with. The site must therefore be cleared before all kinds of storms occur. â€œMake sure,â€ said Karol Chork, FPL engineering manager.

According to the FPL, we have completed about 250 such projects so far, many of them in Sarasota.

And they will cover hundreds of more homes in the months to come.