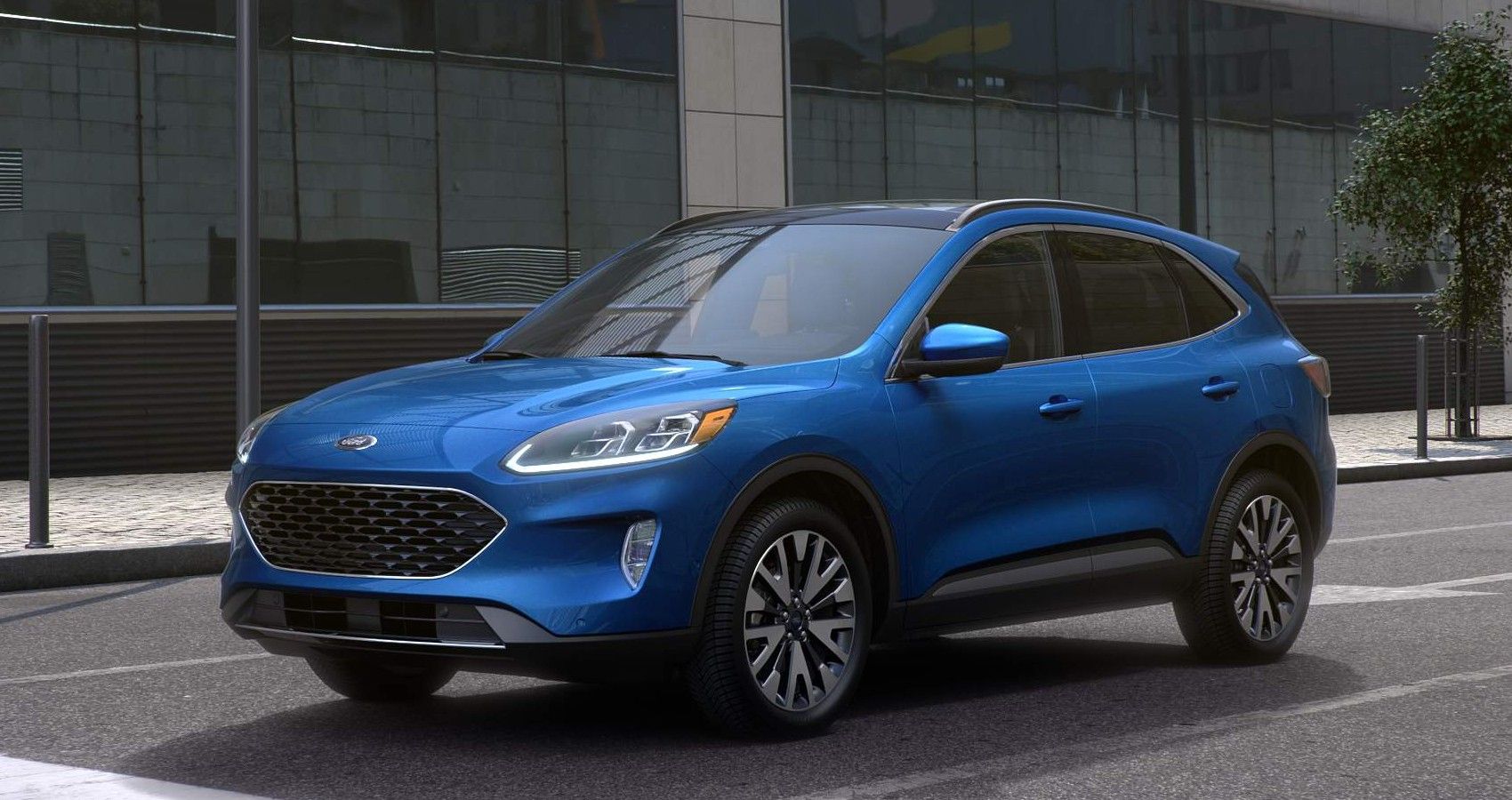 The Ford Escape has been on the market for quite some time. However, this subcompact SUV just happens to be one of Ford’s most confusing vehicles. The Ford Escape does not have this title because it is an avant-garde vehicle that the market has never understood. It’s confusing because it’s a very good vehicle with some pretty significant issues. It’s also a little confusing that Ford still makes the Escape, given how hard the automaker has worked to change its overall reputation over the years.

Ford launched the Ford Escape for the 2001 model year. However, some may not know that Ford and Mazda developed the car together. Even more interestingly, Mazda released the Tribute alongside the Escape. For context, the Mazda Tribute was a direct competitor to the Escape since it’s also a subcompact SUV. However, Mazda discontinued the Tribute, but the Ford Escape is still on the market. It may not be as popular as it used to be, but some people like the 2022 Ford Escape, despite its recalls.

The 2022 Ford Escape is quite a respectable vehicle. It’s got a solid engine, it’s pretty fast, and it has perhaps one of the nicest exteriors of any vehicle in its class. However, a handsome exterior doesn’t change the Ford Escape’s reputation of being an expensive vehicle to maintain, as is always the case with the latest model.

The Ford Escape is an SUV that has never been very successful. Of course, many can buy it because it has a decent price, but it never really looked so great. Unfortunately, this is a trend that continues. The 2022 Ford Escape is available in several versions, but the S is the most popular. The 2022 Ford Escape S has a 1.5-liter inline-3 engine under its hood. This compact SUV has a maximum output of 181 horsepower at 6,000 rpm and a torque of 190 lb-ft at 3,000 rpm. The Ford Escape is a front-wheel-drive vehicle with an 8-speed automatic transmission.

In terms of performance, the acceleration time of the 2022 Ford Escape ranges from 6.7 seconds to 8.5 seconds, depending on the version. By far, it’s not the fastest or most powerful Ford. Potential buyers should note that there are some versions with more powerful engines. However, they’re not particularly fast or fun to drive. It’s a good vehicle for people who don’t care about performance. However, some of the Ford Escape’s other issues make it not a car worth having for most people.

The reliability ratings of the 2022 Ford Escape

The 2022 Ford Escape isn’t as bad as most older models of the vehicle. According Repairman, the 2022 Escape ranked 16th out of 26 compact SUVs for reliability. Plus, it has a 4 out of 5 rating with the site, which reports that the average annual repair cost for the Escape is $600. None of this sounds bad. However, potential Ford Escape buyers should remember that this is a fairly new car. Sure, Ford may have fixed the issues that existed before, but the new Escape just hasn’t been on the market long enough to know if the car is truly reliable.

It is also important to note that there have been recalls for the 2022 Ford Escape. These recalls are associated with the 2.5L hybrid version of the Escape. While it hasn’t affected a ton of people, issues with the car can lead to sudden loss of power, which isn’t something you would want.

Overall, the 2022 Ford Escape isn’t a bad car, but neither is it good enough to ignore the negative reputation the SUV has always had.

RELATED: Here’s Everything You Need to Know About the 2022 Ford Escape Hybrid

The Ford Escape is generally an expensive vehicle to maintain

Ford is one of the most popular automakers, but no company is always successful. Perhaps the Ford Escape is one vehicle the company should have ditched because it’s costing buyers far too much in repair costs. Across the range, transmission issues are one of the biggest problems. Unfortunately, repairing a transmission, no matter how bad the problem, is never cheap. According Co-pilot search, the average cost to fix transmission problems for the Ford Escape is $3,400. Misfires, engine stumble, and loss of power steering are also widely reported issues. Although these are less expensive, these problems can add up.

In addition to the mechanical issues associated with the Ford Escape, most SUV models don’t hold their values ​​very well. This is especially true for early Escape models, as later editions showed improvement. Despite the progression of depreciation in value, the Ford Escape is a vehicle that perhaps should not be at the top of the list for a new SUV. Owning a vehicle is expensive enough without the added repair costs of an unreliable SUV.