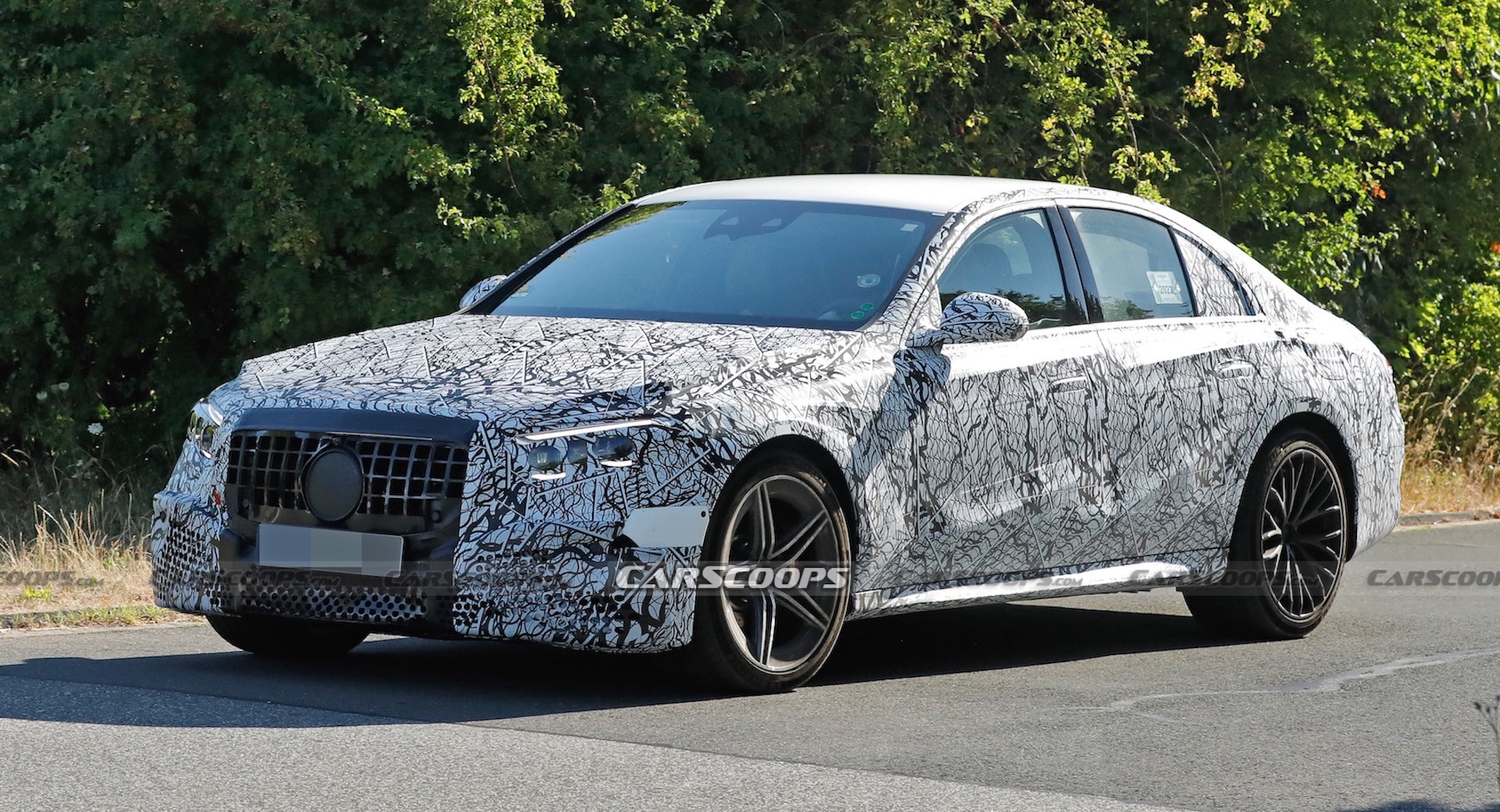 This week’s final reveal of the Mercedes-AMG C63 SE Performance means AMG can focus – and ours – on the hot versions of the next E-Class. And the first of those in the queue is the AMG E53 seen in these spy photos.

Scheduled to debut soon after the launch of the 2024 E-Class non-sport sedan next year, the E53 will undergo a pretty extreme mechanical makeover. The old car’s turbocharged straight-six will be replaced by a version of the electrically supercharged M139 2.0-litre four-cylinder engine now seen in the new SL43, C43 and C63 S, albeit in different configurations. very different.

This prototype’s dual fuel and charging flaps (one on each side) tell us it’s definitely a full hybrid, but what we don’t know yet is how much of the C63’s 671 horsepower will end up in the E53. A look at how AMG pitched the previous E53 against the last-gen C43, C63 and C63 S gives us a clue, though.

The E53’s big brother E63 won’t arrive until later, and it’s guaranteed to have even more power than even the C63 S. But speculation is still divided on how it will produce that power. Some sources suggest the E63 will also upgrade to a four-cylinder PHEV powertrain, while others believe it will get a version of AMG’s hybrid-assist 4.0-liter V8 that develops up to 831bhp. (843 hp) and 1,084 lb-ft (1,470 Nm) in the AMG GT63 S E-Performance four-door coupe.

Our hunch is that it will go the V8 route. Pushing the C63’s 2.0-litre four-cylinder hybrid setup to deliver even more 671bhp isn’t going to be easy, and we already know that BMW is going the V8 hybrid route for its next rumored M5. well over 700 hp (710 hp). Which option do you think AMG will take? Leave a comment and let us know.