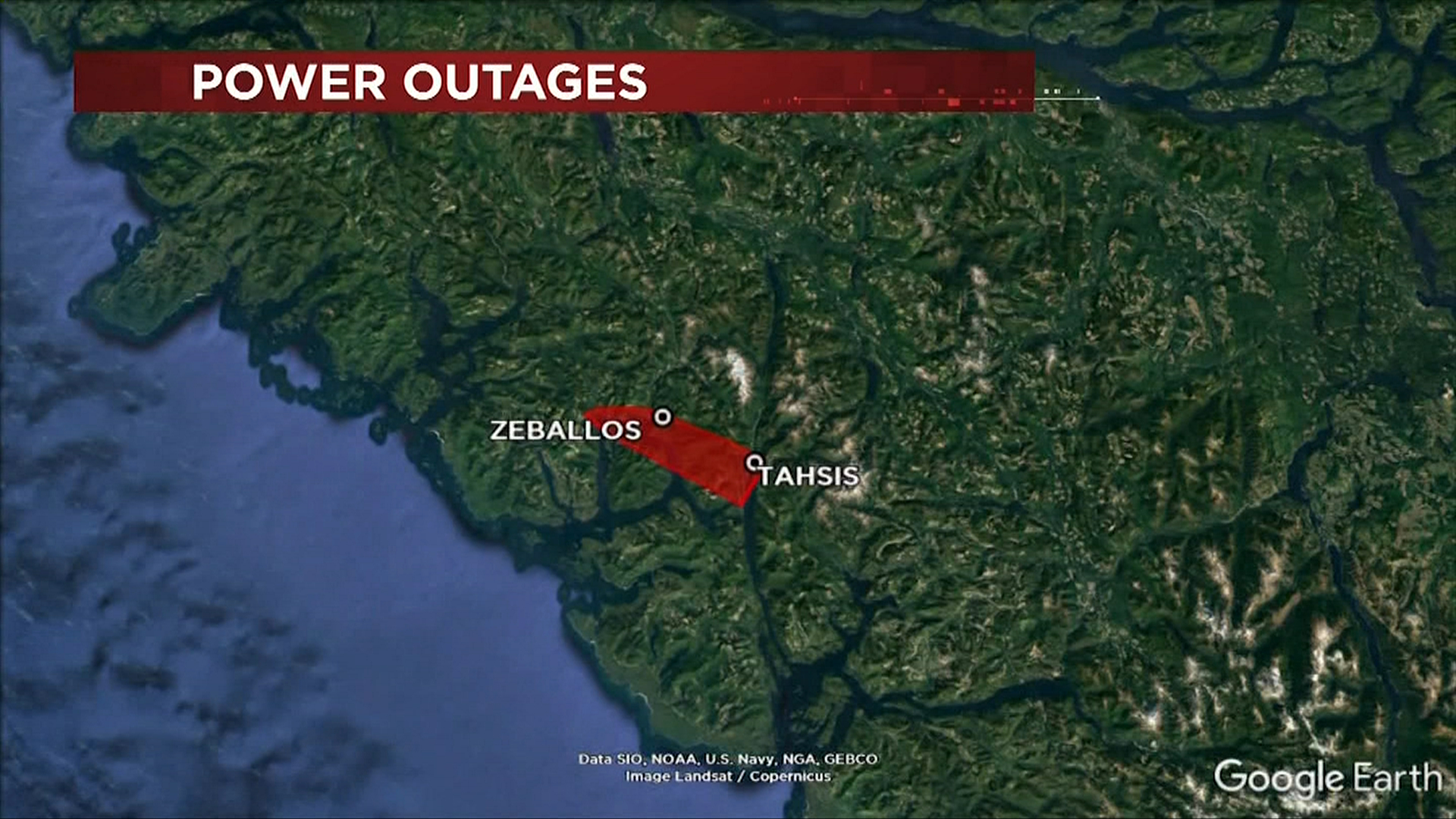 A major winter storm that hit the island on Tuesday destroyed a major transmission line between Gold River, Tahsis and Zeballos cutting power to 711 customers.

Helicopters contracted by BC Hydro fly when they can due to weather conditions as crews attempt to repair breakdowns.

“In some areas the snow was up to shoulder height so you can imagine how difficult it was for the crews,” said Ted Olynyk of BC Hydro.

“We needed a helicopter to get down there to hoist the teams in order to start part of the work. We were able to put a big bulldozer there to help us with the work, the tracks and ATVs, whatever we can get in there and finish the job.

“It really was the worst time to be without power for so long given the weather. I think that’s what made things even more dire for the community, it’s the weather, ”Zeballos Mayor Julie Colborne said on Sunday.

At 6:15 p.m. on Sunday, BC Hydro said power had been restored to the area.

Crews completed repairs on a power line serving #Tahsis and #Zeballos and power is now restored to the region. Thank you to the Ehattesaht and Nuchatlaht First Nations and to the communities of Zeballos and Tahsis for their patience and understanding during the end of the work. pic.twitter.com/MpbedeEp5O

Colborne said a warming center had been set up and supplies had been brought in by an organization called Helicopters Without Borders as well as an RCMP helicopter.

Gold River has seen over 120cm of snow in recent weeks and that, combined with the power outages, has also caused problems there.

According to Gold River Mayor Brad Unger, the only gas station was down for a few days last week due to a chip issue that occurred when power returned.

The pumps were running again on Sunday.