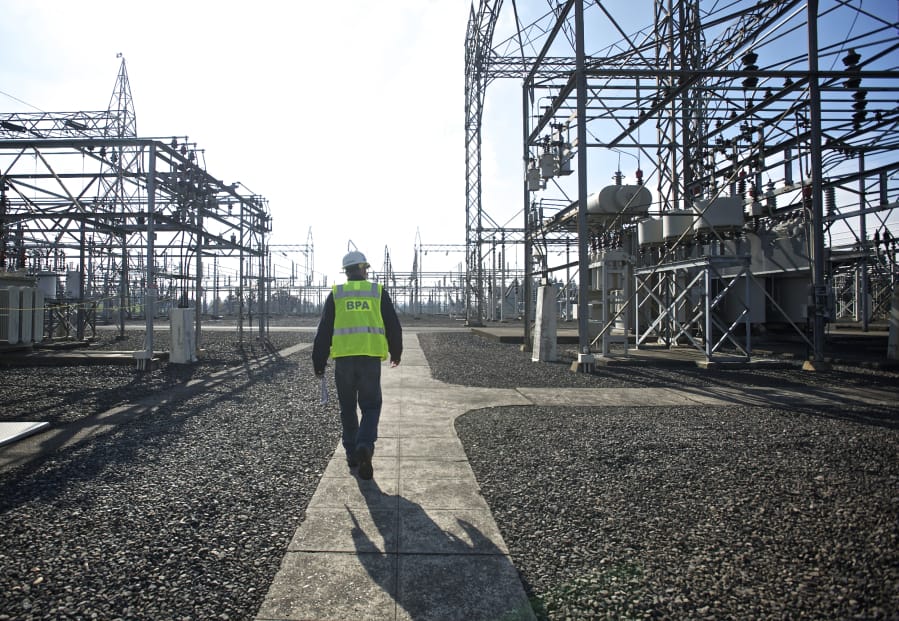 BOISE, Idaho (AP) — Two electric utilities and a federal energy agency with millions of customers in eight western states have reached an agreement in principle centered on a new power transmission line connecting their power grids.

Idaho Power, PacifiCorp and the Bonneville Power Administration announced the complex proposal on Wednesday ahead of the planned 2026 completion of a 500-kilovolt, 290-mile (467-kilometre) transmission line from eastern Oregon to south- western Idaho.

The entities said the Boardman to Hemingway transmission line will help them meet growing demand and support their clean energy goals while increasing the reliability and security of the region’s transmission system. The energy will move back and forth on the line.

The deal still needs to be finalized and approved by regulators.

The BPA, headquartered in Portland, is an agency of the U.S. Department of Energy that markets electricity produced at 31 hydroelectric facilities operated by the U.S. Bureau of Reclamation and the U.S. Army Corps of Engineers on the Columbia River and its tributaries. It also markets electricity from the Columbia Generating Station, a commercial nuclear facility north of Richland, Washington.

Boise, Idaho-based Idaho Power is a utility that operates as a state-regulated monopoly. It has approximately 600,000 customers in eastern Oregon and southern Idaho. Most of its power is generated from its 17 hydroelectric facilities on the Snake River and its tributaries. The company plans to phase out coal-fired electricity by 2028 and provide only clean power by 2045. The new transmission line is a key part of this strategy.

PacifiCorp would benefit from the deal by improving its ability to move electricity in its central Oregon service area. It will also acquire transmission assets from Idaho Power in southern Idaho, which will increase the company’s ability to transfer power between the eastern and western parts of its service area. The company’s long-term planning includes significant expansion of its wind and solar power, as well as battery storage. The company plans to eventually move away from coal power in the 2040s.

BPA is guided by statutes created by Congress. Both Idaho Power and PacifiCorp are regulated by state utility commissions in the states in which they operate as well as the Federal Energy Regulatory Commission.

Democratic Oregon Governor Kate Brown, as a member of the Western Governors’ Association, has been pushing to improve the region’s electric vehicle charging infrastructure.

Under the proposal between the three energy entities, PacifiCorp will own 55% of the new transmission line and Idaho Power 45%. BPA transfers its interest in the line to Idaho Power and will not participate in its construction. BPA will acquire transmission service on Idaho Power’s transmission system, including the Boardman-Hemingway line.

The proposal also includes the transfer of certain assets between Idaho Power and PacifiCorp that each entity says will strengthen their systems and provide access to major energy markets to meet growing demand.

“This agreement solidifies and simplifies the path forward for a project that will help us continue our century-old tradition of reliable, affordable and clean energy,” said Mitch Colburn, vice president of planning, engineering and building of Idaho Power.

These are the most popular compact SUVs people buy used