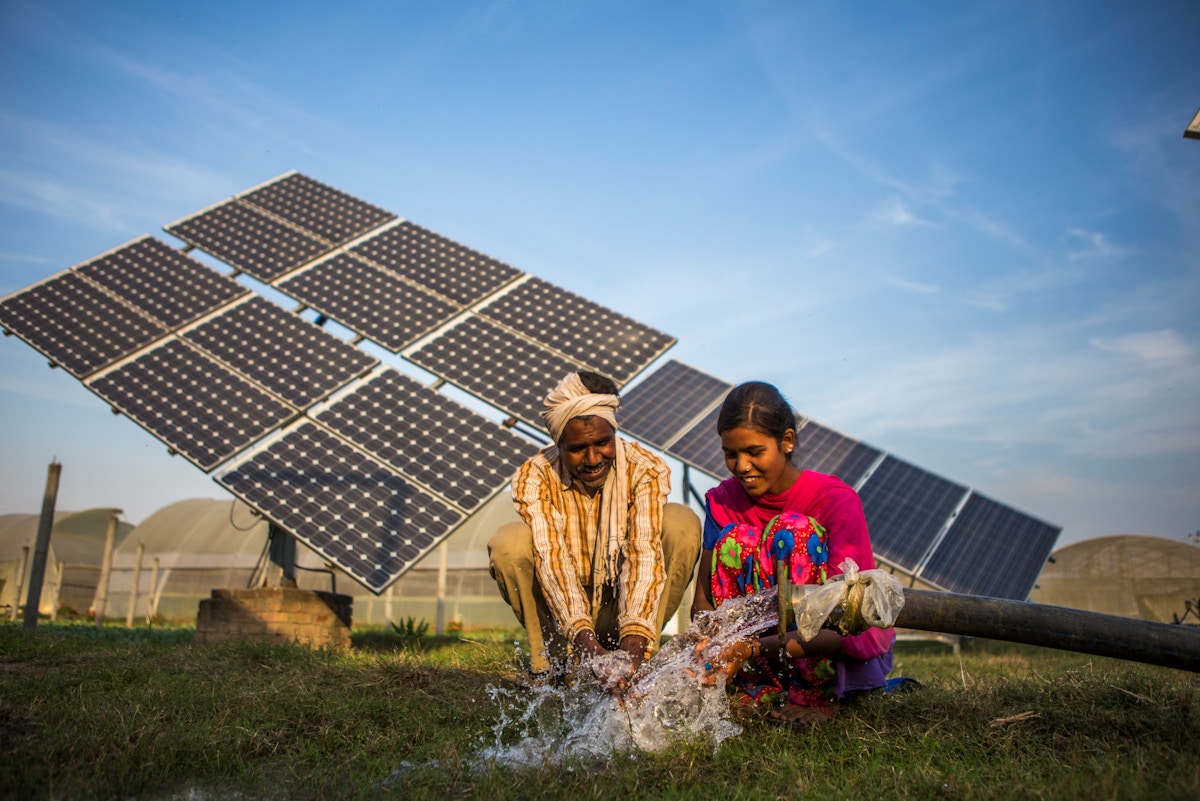 Bermo, a small town in Bokaro district, is part of East Bokaro coalfield in Jharkhand. As one leaves the Ranchi-Giridih highway to reach these coal mines, one sees hundreds of people involved in transporting the coal. One side of Bermo has Jarandih railway station, which is used to transport coal to other parts of the country, while the other side has a coal-fired power station in Bokaro. This coal mining ecosystem is the source of income for thousands of people.

For example, Ajay Kumar Saha, in his 50s, has worked in the mechanical department of a coal mine in Bermo for 28 years. Every day when he returns home after finishing his eight-hour shift, there are layers of coal dust on his hair, face, feet and clothes.

But neither Saha nor many others like him whom Mongabay-India spoke to complained about such a life in the coal mines and in Bermo. The movement of trucks loaded with coal on the narrow two-lane road which results in coal dust all over the city has been a common occurrence for two decades now. For them, survival takes precedence over poor living conditions.

While the debate around the energy transition and downgrading mining is taking shape in India, many miners and local business owners, in fact, do not want the coal mines to close any time soon. They worry about an uncertain future with fewer opportunities to get a job. Closing mines without ensuring the livelihoods of people involved in the mining sector could impact thousands of people.

Jharkhand, Odisha or Chhattisgarh, a good part of their income comes from coal. The dismantling of coal mines in these areas can directly affect state revenues.

According to a 2021 study by the US-based Center for Strategic and International Studies (CSIS), Jharkhand has 144 mines employing about 300,000 people directly and about one million people indirectly. Mining takes place in 11 of the total 24 districts and contributes to 8.9 percent of the state’s gross value added (GSVA).

Over the years, several mines in the state have been closed and many more are expected to close in the near future. According to the official Data, a total of 293 mines have been closed/abandoned in the country (as of April 1, 2021), including several coal mines in Jharkhand. A 2021 policy paper by iForest, a New Delhi-based think tank, while talking about the unplanned closure of mines, claimed that more than 50% of Jharkhand’s coal mines are closed and half of the operating mines are unprofitable.

Another 2021 study by iForest examined the state of economic and social impacts on people living in the mining region of Ramgarh in Jharkhand where several coal mines have been closed over the past 10 years. The study advocated for a timely policy framework to avoid disrupting the livelihoods of the people whose future was at stake due to the closure of mines in the area.

“A single coal mine gives direct employment to hundreds of people involved in its extraction and transportation etc. In our coal mine, about 850 people work in three different shifts and mining operations continue 24 hours a day, 7 days a week. If the coal mines are closed, there will be direct consequences on the jobs of the people involved. in the mining sector. This could lead to huge job losses,” Ram Nandan, 48, who has worked at a coal mine in Bermo as an installer for two decades, told Mongabay-India.

As an installer, his work includes the maintenance of vehicles and other technical equipment for the exploitation of coal mines.

There are many others, like Ram Nandan, who are skeptical of the extent of social security and other benefits for miners they otherwise get from Central Coalfields Limited (CCL), a subsidiary of Coal India Limited (CIL), which is owned by the Indian government. manages the East Bokaro coal basin.

“If a person works in government-owned mines, they receive pensions, gratuities, free medical care, housing, water, and subsidized electricity and education for their children. Can we expect the same levels of social security if mining stops and renewable energy like solar industries expand? Can he also be able to assimilate the levels of employment that a coal mine offers? asked Krishna Rai, who has worked in a coal mine in Bermo for almost 30 years.

In any mining area, trade unions play an important role in ensuring the rights and welfare of mine workers. They are also expected to play a crucial role in India’s energy transition.

Jaynath Tanti, a member of the Rashtriya Koyla Mazdoor union in Bermo, said miners in Bermo had no idea about the government’s plan to partially decommission coal mines.

He stressed that discussions on the energy transition could not focus only on coal mine workers. “Coal mine workers are just the tip of the iceberg in any coal mining area like Bermo. Take a closer look and you will see that there are truckers, repair shops, informal casual workers assisting mining companies with many other jobs beyond the mining areas. The whole region around a coal mine area revolves around coal and also the rural economy. Disruption of such a one-generation ecosystem can have far-reaching ramifications and directly affect the jobs and livelihoods of thousands of people located in these areas, including the formal and information workforce” , Tanti told Mongabay-India.

He also highlighted the role of women and said women worked as “casual workers” and were “involved in loading and unloading coal”.

“But there is no representation from them… there is no one to hear their concerns. Every coal mine in Jharkhand potentially sustains the livelihoods of thousands of people, directly or indirectly. You ask anyone in these areas and they would not support closing the mines but rather advocating for the expansion of the mines so that the future generation can get jobs in the mining sector as it is one of the sectors of ‘labour-intensive job,’ Tanti added.

Munna Jha of Asar, an organization working on environmental and energy issues, said that although the energy transition is already underway, most Indian state governments are not ready with their policies to address the issues.

“Most of the coal-rich states like Jharkhand still lack adequate policies, legislations that can govern the ‘just transition’ process so that justice can be done with the various stakeholders working in the sector,” he said. he declares.

How is Jharkhand trying to fill the void?

To fill the void and ensure that all stakeholders are involved in the energy transition process, the state is working with several experts and institutions.

Sandeep Pai, who works as a senior research officer at CSIS in Washington, on a recent visit to Ranchi said that only a planned energy transition with multiple stakeholders, including multiple government departments coming together, can make it a sustainable option.

“Otherwise, the lack of planning could be disastrous. You take the example of any coal-rich state, whether it’s Jharkhand, Odisha or Chhattisgarh, a good chunk of their revenue comes from coal. The dismantling of coal mines in these areas can directly affect state revenues. Moreover, most of these states are also financially poor which is another big challenge,” Pai told Mongabay-India.

In response to a question about renewable energy projects contributing to the energy transition process, Pai pointed out that there are several formal and informal workers (the latter being more numerous and mostly unrecognized) who depend on mining. mining.

“The renewable energy sector could hardly accommodate such a large number. If we want more jobs in the renewable sectors, it is above all the manufacturing sector that can assimilate more workers. But if you look at the trend, even the coal companies working in Jharkhand seem to be investing in western Indian states like Gujarat for their manufacturing works,” he said.

According to Jharkhand government sources, the State Department of Forest Environment and Climate Change has been working to develop a roadmap to enable a just transition in the state. Principal Chief Conservator of Jharkhand Forests (PCCF) Ajay Kumar Rastogi claims that Jharkhand would be one of the first states to pave the way for creating a future-ready economy.

A 2020 report of the Initiative for Sustainable Energy Policy (ISEP) noted that for Jharkhand, the main obstacles on the path to a just transition included the lack of investment, financing and policy in addition to weak institutional capacity and excessive dependence on coal for energy needs.

Damodar Bachao Abhiyan host and Bokaro environmentalist Gulab Chandra said the state is endowed with so many natural resources that could easily be harnessed to boost employment and help workers whose livelihoods might be hampered due to the dismantling of coal mines.

“The state is rich with several natural treasures such as waterfalls and products prepared by tribal communities that can increase job opportunities for people in areas affected by energy transition,” Chandra told Mongabay-India. .

This story was published with permission from Mongabay.com.