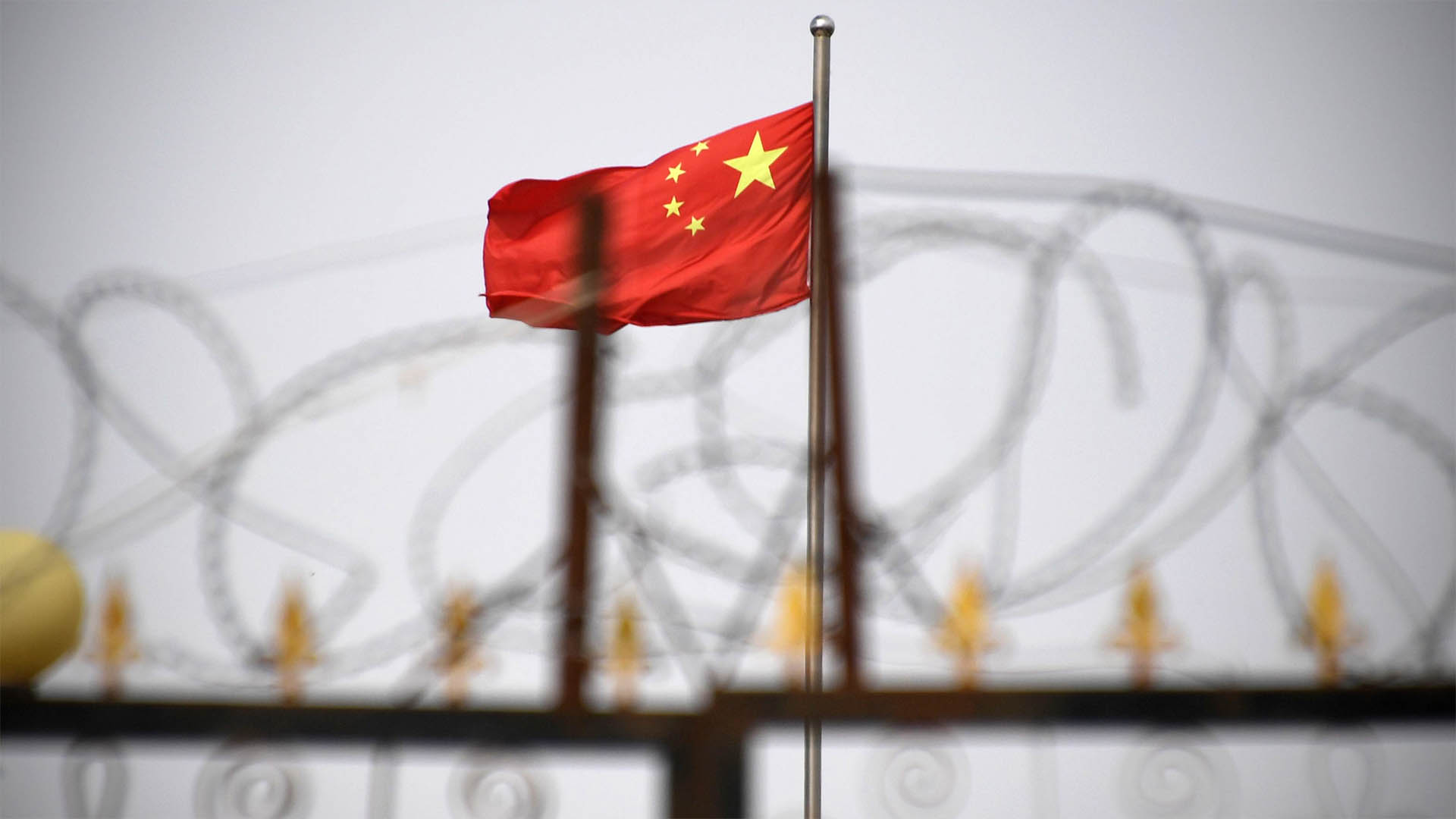 International pressure is accelerating shift to ‘other forms of control’ in Xinjiang, expert says

The Winter Olympics are underway in Beijing in an event that has thrust the country back into the international spotlight for its treatment of Muslims and ethnic minorities in its far western region of Xinjiang.

For nearly a decade, China has pursued a program of indoctrination and forced assimilation to deal with what it calls a terrorist threat in Xinjiang. To this end, the country has implemented an unprecedented surveillance system and detained millions of Uyghurs and other Muslim minorities in camps without charge or trial.

In December, the Biden administration announced it would stage a so-called diplomatic boycott of the Beijing Winter Olympics, citing the country’s oppressive policies in Xinjiang. the move means the United States will not send a delegation of senior government officials to the games, although American athletes will continue to compete and there will be no political restrictions on spectators. Countries like the UK and Japan have announced similar boycotts, seen as largely symbolic. Human rights groups have called for tougher measures and encouraged athletes to individually boycott the games to protest the country’s treatment of Uyghurs and other Muslim minorities.

In 2019, the International Consortium of Investigative Journalists published the Cables China investigation, which revealed secret notes detailing internment camp operations in Xinjiang. It provided an unprecedented view into the coercive nature of China indoctrination centers in Xinjiang and how the Chinese authorities are using a huge mass surveillance system to isolate the province from the rest of the world.

To discuss the evolving situation in Xinjiang, the ICIJ spoke with Darren Byler, anthropologist and assistant professor at Simon Fraser University’s School for International Studies. Byler has studied the Uyghurs in Xinjiang extensively and publishes a new book, capitalism of terrorfocusing this month on the lives of men in Urumqi, the capital of Xinjiang.

We do a lot of reporting on the sanctions and other trade restrictions that the US government imposes on human rights violators and corrupt actors on the world stage. How did it happen in Xinjiang?

Well, one of the main tools against Chinese companies participating in the Xinjiang crackdown is called an entity list. It comes from the Commerce Department and it limits one-way trade from US companies to these companies, not the other way around. It is therefore not a total sanction. This means that many of these companies continued to sell products in the United States. You can sometimes find this stuff on Amazon and places like that, although you often can’t find the actual name of the company – it’s often affiliates. Enforcement of the law is patchy to non-existent with respect to the sale of these products.

Some Chinese companies on the lists have felt some pain as a result. Some companies had planned to go public in the United States and had to cancel IPOs. Other companies saw their stocks plunge, which I think was mostly related to investor concerns about how US equities might affect their bottom line, but I also think it reflected concerns about ethics to work with some of these companies. This has therefore had the effect of confining some of these companies to a domestic market in China or moving them to markets where buyers and investors are less concerned about human rights.

So it had an effect, but it wasn’t enough to wipe out the companies. It didn’t have much effect on the systems used in Xinjiang. A few companies have said they have withdrawn from the region, but it is difficult to verify that they no longer contribute to surveillance.

And what about the pressure around the region’s cotton and textile industry?

The relocation of textile manufacturing and garment manufacturing supply chains has had a truly dramatic effect in terms of economic cost. I think that’s part of what really motivated China to try to reframe the narrative. The Uyghur region is the source of more than 80% of China’s cotton, roughly one-fifth of the world’s cotton, so it’s pretty big when it comes to textiles and apparel that most low-end local brands have obtained in this region. Many detainees transferred from the camps to the factories were assigned to this kind of work.

And then very recently, President Biden connected to a bill that prohibits products from Xinjiang from entering the United States unless the companies can prove that the products were not made with forced labor, which is a really difficult task. Thus, many Xinjiang-based enterprises are now looking to the domestic market.

What about the broader view of political and economic pressure on China over Xinjiang, including soft boycotts around the Olympics. Did it work?

I think the international pressure in general seemed to help accelerate China’s process of moving from mass detention and burial to other forms of detention and control, which in some ways is better . So in 2019, the regional governor said everyone “graduated” from the camps – meaning some people were released from detention. Some were sent home to their villages and placed under some form of house arrest; others were sent to factories using forced labor. And we saw in some cases that camps were closed. In some cases, the camps have been transformed into more formal prisons, where people serve time resulting from real criminal sentences. Most have not been released, but the government appears to have moved away from the mass storage style of these camps.

One of the main changes we have seen is that there seem to be a lot fewer new detentions. There is now a feeling in Xinjiang that if you haven’t been detained yet, you probably won’t be. I think the sense in Xinjiang now is that things have sort of normalized.

Your new book focuses on a phenomenon you call “terrorist capitalism”. What is that?

Terrorist capitalism is a conceptual framework that I developed to understand what I observed in people’s lives and the social structures in place in Xinjiang. It refers to the emergence of a security industrial complex. It’s a system that brings together private companies as state contractors in alliance with the government and in what they call “the People’s War on Terror.” As for the capitalism part, there are two forms of capital. One of them is data collected from Uyghur society and Uyghur behavior – from biometric data to social media data – all different forms of data. And then the second main form of capital is the labor that comes out of the camp system.

What really got me thinking about this was when the Xinjiang Development Ministry talked about the camps becoming a main driver of the economy. They said coal and natural gas were still driving the economy, but now we have this new camp workforce. We have seen on a large scale people being moved from camps to factories or cases where the camps themselves have become factories. This has created a new form of unfree labor that is truly unprecedented in the world in terms of how surveillance is used in conjunction with a camp system.

Your book is about “smart camps” and “smart factories”. Can you talk a bit about that?

So “smart camp” or “smart campus” is a term used by the companies that built these things. These are camera companies that got their start in hardware, and in some cases software, that build computer vision systems for camp, for example, that have physical limitations, but in some cases those camps have cameras everywhere that are compatible with facial recognition.

There is no blank spot in the whole camp in terms of surveillance. Within the confines of the camp, someone can be found at any time. And they can play with time itself to see what people were doing in the past, and there’s also pattern recognition built into these software systems and in some cases they even look at people’s ‘affect’ , meaning they look at the emotions on people’s faces and analyze them. We do not know the accuracy of these ratings, but that is the purpose of these systems.

I know you have spent a lot of time in Xinjiang and this is your second book on the region and its issues. In “Terror Capitalism,” you focus your case studies on a few Uyghur men. What surprised or intrigued you the most in your research?

One of the things that struck me was the strength of their friendships in Xinjiang. It made me think about what it means to be a friend. Most of these men were young bachelors who were delaying marriage; they were either very anxious or quite scared of the police and the harassment they were experiencing. So they really looked to each other for support and I was drawn into these friendship networks with a bunch of different groups of friends so I could really come to observe how they cared about each other and how they fostered forms of what I would call anti-colonial friendships. Much of it was built around them regularly sharing food and through storytelling.

They often talked about things they had been through the week or the day before. I think by telling their stories to each other, they were able to claim a kind of fatherhood over their identity and help overcome a powerlessness they would otherwise feel. It was really enlightening for me, to see how people can support each other even when they are so vulnerable by sharing each other’s pain and suffering. It taught me something about what it means to rely on others.

This interview has been edited and condensed for clarity.

Small towns fear cybersecurity money will get to them