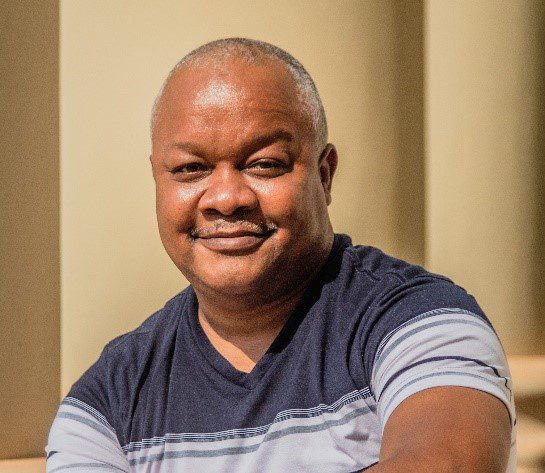 The evolution of technology in recent years has sparked significant public and media discourse, anticipation and concern about robotics and its ability to deliver positive transformation in all sectors of the world.

With the rise of artificial intelligence and its incorporation into robotics, there are encouraging signs that robotics will dramatically improve its performance in various sectors of the economy over the next decade. There have always been two schools of thought in Ghana when it comes to robotics.

The first group believes that getting into robotics is a luxury Ghana cannot afford at the moment, while the second fears that the introduction of robots to Ghana could lead to job losses. It may interest you to know that not only is the creation of a robotics industry in Ghana necessary, but Ghana is losing a lot more than it gains by not pursuing it – and these are some of the reasons why .

Manufacturing contributes significantly to the strength, development and economic stability of many developed economies, including the United Kingdom and Germany.

Indeed, it is believed that the Industrial Revolution (where and when manufacturing as we know it today began) would have sparked Britain’s rise to glory and power a few centuries ago.

With the implementation of the One District One Factory (1D1F) program, the Ghanaian government has joined the ranks of economies that see manufacturing as a key driver of development. Although Ghana produces a significant amount of goods, there is still room for improvement.

To establish manufacturing plants capable of mass-producing products in the greatest envisioned quantities, thereby creating the desired increased employment opportunities and positively stimulating our economy, we must consciously introduce and instill the use of robots and robotic systems .

At the BMW MINI manufacturing plant in the UK, for example, robots are needed in the sections where the metal parts that make up the vehicle body need to be assembled and welded.

That’s not to say humans can’t get the job done, but for the quality of the vehicles BMW wants to produce, the level of precision required to ensure that each body of a specific model comes out with precision is best handled by robots than by humans.

Humans can then focus on monitoring the manufacturing process to ensure that all machines and systems are functioning properly. Another area of â€‹â€‹the auto factory where robots are needed is the lifting of delicate but heavy parts, such as the windshield or dashboard, to be mounted on vehicles on the assembly line during final assembly. . Again, while humans are able to perform this task, they do it less accurately and generally take longer (perhaps requiring more people) than robots.

Many Ghanaians, both in rural and urban areas, work in manufacturing, such as preparing charcoal, making gari or making soap. However, usually only one or a few people are working on one at a time, and there is not much that a man or woman without machine assistance can produce in a given amount of time. Consider the added value we could add if we expand some of these operations using robots.

Take the example of a woman from a Ghanaian village who decided to make a living by producing and selling gari. Even though she is able to produce gari entirely on her own, without the help of others and / or with virtually no tools or machines other than the bowls and the fire she already uses, she cannot do much. thing per unit of time, so even if we assume that she is able to sell all the gari she produces, the profits may not be enough to allow her to make ends meet.

She could increase her productivity and earn more money if she could collaborate with others and possibly get machines to support what she does. However, it should be noted at this point that not only will she be able to make ends meet, but others that she will work with will be able to as well.

Now, if she could improve the quality of her gari and optimize her manufacturing process, not only would she reduce her gari production costs, but she would also be able to produce more gari per day with the resources she currently has. This is where robotics comes into play.

Disaster management is another area of â€‹â€‹the Ghanaian economy where robots will be needed. Ghana has seen several large multi-story buildings collapse, including the Melcom store in Accra in November 2012 and, more recently, the Akyem Batabi church in the Eastern region, which collapsed in October 2020, killing many people and destroying many goods.

In such cases, the robots could aid in the rescue mission, for example by lifting heavy slabs of debris that could have trapped a victim somewhere in the rubble, saving critical time that could have saved a victim who would otherwise have died. .

Surveillance robots can also be dispatched to search for other victims among the rubble in crevices too small for humans to navigate. Robots (or drones, to be more precise) can also help deliver vital items such as medicine, food, and / or blood to areas where traditional modes of transportation are impractical.

Robots can also be designed to be more resistant to toxic environments than humans. Plans for building a nuclear power plant in Ghana are well advanced, and while we hope that no nuclear accidents do occur, we need to take some precautions in case they do. In the event of a nuclear accident in which hazardous waste has been dumped, sending humans to the affected area to fix the problems is not a good idea. In this regard, robots are a better option.

In extreme cases, such as a fire start, drones can be used to fly over the scene of the fire and extinguish it more effectively. These are just a few of the many ways robots can help disaster relief.

Ghana already has a lot of robotic activity in education, with Legos, Raspberry Pis and Arduinos, as well as many out-of-the-box components that facilitate the design and construction of robotic systems, being seen in all the countries . Many middle and high schools have created robotics clubs, and some institutions even have their own robotics labs.

There have also been competitions to encourage children to build robots or robotic systems, such as the First Lego League competition held in June this year at the Legon campus with the support of the Ghana Education Service (GES) and the Sci -Tech Challenge organized around a month later on the Academic City University College campus by Primetime (organizers of the National Science and Math Quiz).

Robotics is a multidisciplinary activity that requires knowledge in several fields, including programming, mechanical engineering, electrical engineering, and electronic engineering. Students learn to identify real-world challenges, develop solutions, assemble components, and code as a result of these educational programs.

They stimulate their cognitive functions, boost their confidence and contribute to the overall intellectual wealth of the country by generating ideas that lead to successful products and, in turn, create more jobs, thus improving the economy in the long run.

I had the pleasure of working with BMW MINI Manufacturing, UK a few years ago, where despite the fact that at least a third of the manufacturing activity was controlled by robotics, the company employed more than 5,000 people and produced nearly 1,000 cars per day. While I cannot justify the need for every robot in this factory, I can say that the factory would be hard pressed to be so successful if many of these robots were not available.

In conclusion, there is no doubt that the introduction of robots and robotic systems into Ghana’s manufacturing industry can strengthen its manufacturing base, thereby creating more jobs and ultimately strengthening our economy.

Moreover, we can see from the previous explanation that robots play an important role in our education system as well as in disaster management, among other areas. If, for example, drones are already providing critical solutions in parts of Ghana, such as transporting blood and medical supplies between hospitals and areas where road transport would be difficult (if not impossible), we can confidently say that a robotics industry in Ghana is quickly becoming a necessity rather than a luxury.