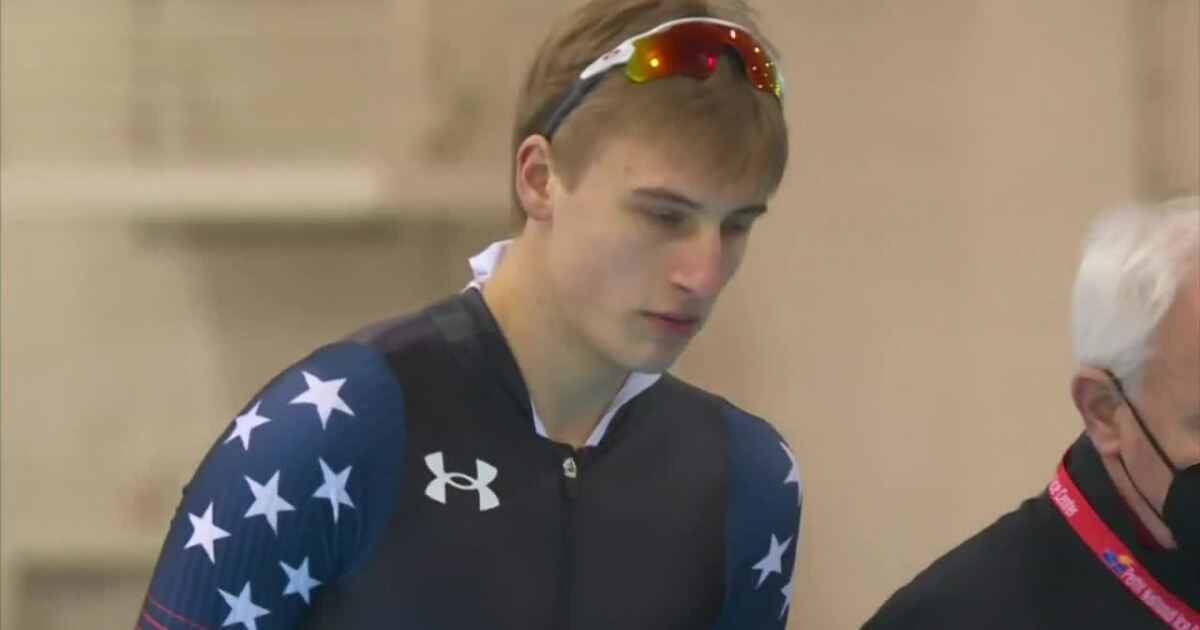 KEWASKUM – On Thursday Jordan Stolz did what very few have ever done. He broke the 1,000-meter speed skating record during his US Olympic trial at the Petit National Ice Center. What sweetens the deal is that he beat his trainer and former Olympian, Shani Davis.

“It just wasn’t getting complacent with mediocre stuff,” Davis said. “I never praised him when he did really good, exceptional things. I never gave him satisfaction. I always – he always asked, what was it like? I’m like oh, it was a six. ‘Are you sure?’ I’m like yeah it was a six. Maybe it was a ten. But I would never tell him it’s a ten. After he breaks my record, he’ll probably ask me how it was . I’ll probably tell him a six! “

Lance Allan asked speed skating coach Bob Corby, “I remember when you told me this kid has potential, and maybe even better at his age than DJ and Heiden. Are you a prophet, or what are you? “

Stolz’s coach is thrilled he is performing so well and has a chance to make it to the Olympics as a teenager.

“You know this is a good step in the right direction for the future,” said Davis. “You know, I’ve tried to break that record a few times. And now little Jordan. Well, he’s not small anymore. But, he breaks, like doesn’t even break it. He destroys it. So I am. really happy. If anyone wants to break it? I’d rather it was him than anyone else. And I’m just really proud that, you know, I had something to do with it going on. road. “

So what’s the ceiling for someone so good and so young?

“He’s 17. He skates as fast, if not slightly faster than the best people in the world,” said Davis. “We don’t know. I think the sky is the limit though.”

Can he medal in Beijing?

“I don’t count this kid on anything,” Corby said. “I don’t want to pressure him. But he just performs and outperforms and surprises you. And so, no. I say to him, ‘By the way, when you come back from China? I want to see some material.’ “

For coach Bob Corby, seeing performances like Stolz’s makes coming out of retirement to coach worth it.

“Oh, there is no doubt about it! Corby said laughing. “It’s really fun.”

Report a typo or error // Submit a topical tip