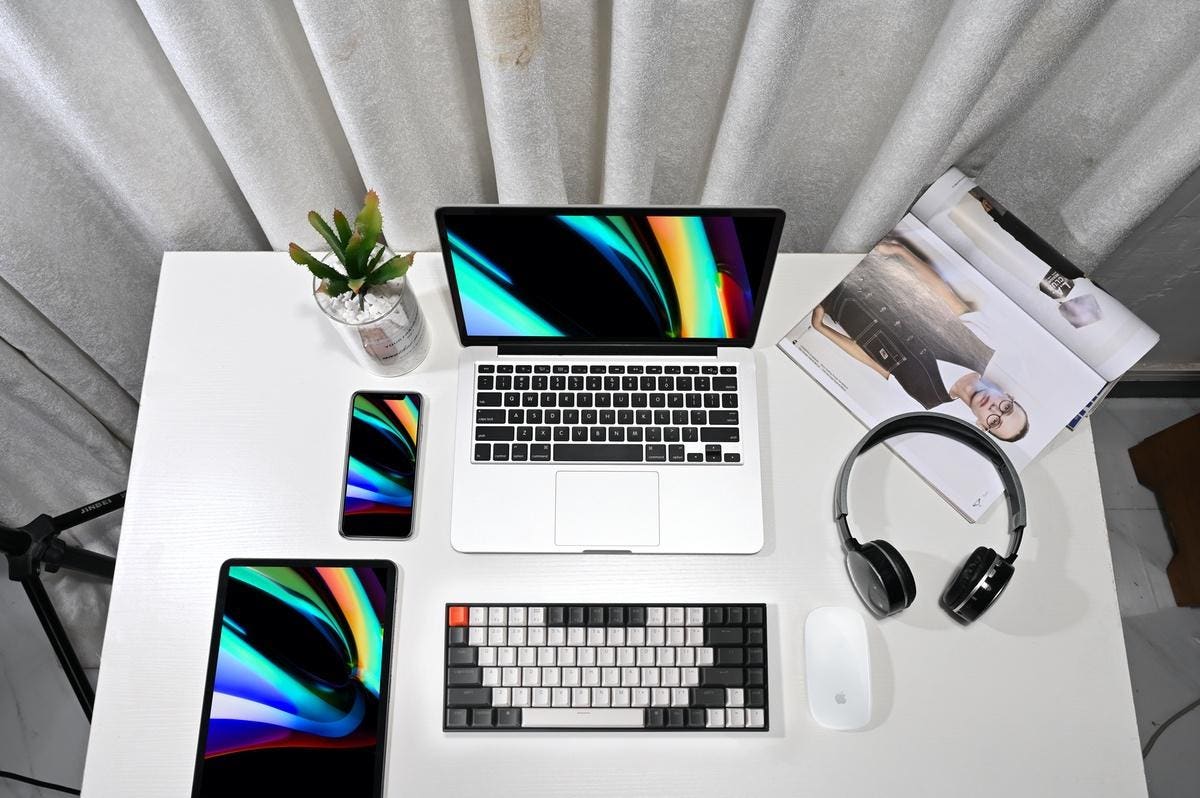 It’s time to talk about mechanical keyboards because these alternative input devices are incredibly popular, especially with gamers and coders. You might even have seen one of those compact keyboards with their big square keys, often in different colors and with fascinating RGB backlighting. Mechanical keyboards have an addictive typing character that provides a positive click and superb tactile feedback.

In recent years, membrane keyboards have been the most popular type of keyboard for desktop computers and iMacs. Insanely thin and flat keyboards were all the rage, which looked super cool, but often felt a bit hit or miss when typing due to their spongy feel and lack of tactile feedback. Recently, mechanical keyboards have grown in popularity, primarily due to demand from gamers and coders who need positive feedback to be sure that a keypress has registered correctly.

Now the demand for these big keyboards has overflowed gamers and coders with many people, including writers like me, moving away from membrane keyboards. Even Logitech, arguably the biggest keyboard maker in the world, has released a line of POP mechanical keyboards for the workplace.

As more Gen Z types leave college and get to work, there was a demand for gaming-style keyboards with a bit more personality than the dull, unresponsive standard keyboard that comes with most desktop computers. These Gen Z employees wanted a keyboard that could be customized and looked like the gaming keyboards they were used to. Logitech has done very well with its POP line. I have no doubt that they will produce more models as fashions and colorways change with the season.

One of the most popular mechanical keyboards is the excellent Keychron K2 75% ANSI model. This compact 84-key keyboard has all the usual function keys from F1 to F12, but these keys can also be used as macOS multimedia keys. The K2 can connect with up to three separate devices so the user can easily switch from using it with a desktop computer to typing on an Android tablet. In addition to the wireless option, there is also a USB-C port for wired use.

The K2 keyboard is switchable between Mac and PC layouts, and it comes with interchangeable keys that can be switched between Mac and PC. You get both types in the box and there is a special tool to remove the keys. All or any of the keys can be changed on most mechanical keyboards, so they’re ideal if you want to create your own color scheme or layout.

The ability to customize mechanical keyboards has led to a booming trade in customizable keyboards where the keys can be changed and even the mechanical switches under the keys can be hot-swapped with different types of switches. The latest Keychron K2 V2 can use virtually any MX style 3 or 5 pin switch from manufacturers such as Cherry, Kailh or Gateron. Keychron even lets you choose the type of switch you want when ordering your K2 keyboard.

The reason hot-swappable keys have become so popular is because different users like a different response from their keyboard. For example, someone in an office might want the silence of red switches which are soft and nearly silent. Many people might prefer the middle of the road brown switches which are clicky but not too loud. Hardened gamers can choose to fit the loud blue switches with their loud, tactile feedback that can be heard over the soundtrack sound of a loud game.

Another advantage of a mechanical switch keyboard is the longevity of the switches. The keyboard must be able to withstand up to 50 million key presses before these switches need to be replaced. It’s much more durable than what a membrane keyboard offers and it’s better for the environment if you can just fix broken switches or fit new keycaps in a different color or style of keys.

The Keychron K2 V2 is also available with a choice of LED backlights for the keys. There is an unobtrusive monochrome version with a solid white LED backlight, ideal for office use. Alternatively, the keyboard can be ordered with multi-colored RGB LEDs. Both types of keyboards can display 18 different motion lighting effects, ranging from keys that light up each time a key is pressed, to an almost hypnotic ripple effect.

The keyboard has a huge built-in rechargeable 4000mAh lithium-polymer battery to power the backlights and Bluetooth wireless mode. A single charge via USB-C cable can last for weeks with the LEDs off. With the LEDs on, the battery can last about a week. It all depends on how you use the keyboard. There’s a built-in power saving feature that turns the LEDs off after 10 minutes of non-use and the backlight can be set to four different levels.

I like the version of the K2 V2 keyboard with the static backlight effect turned on when typing in low light conditions. I ordered the single white LED backlit version because I’m not a big fan of multi-color LEDs, but I know a lot of people, especially gamers, love them.

Keychron K2 V2 keys are made using a double injection injection molding process. Instead of using screen printing to create the characters on the keycaps, the keycaps are made in two steps. The advantage of double-shot keys is their durability, so callouts cannot fade. The keys are initially formed of transparent plastic and include an embossed legend of the letter, number or character of that key. Then a second injection molding is made on top of the transparent key base with a colored plastic shell. In the case of the Keychron 2, this consists of both black and white keys… plus a rather attractive orange escape key.

The result of the dual-shot process are keycaps that have a clear plastic legend that allows the LED backlight to shine through. Captions appear slightly crisper on white-colored keys, while black keys appear a little muddy and less crisp. It’s not a big problem and there are technical reasons for this difference which Keychron explains on his blog.

Typing on this keyboard is fun. It’s also great to get that tactile feedback and I’ve found that my typos have dropped dramatically. The keyboard can be tilted upward by extending two pairs of built-in feet that tilt the keyboard up to 9˚. The keyboard body is quite chunky and getting one of Keychron’s palm rests designed to work with the K2 would be a good idea. Without the wrist rest, you might feel a little uncomfortable, especially if you’re used to using a low-profile design like Apple’s Magic Keyboard.

Verdict: This Keychron K2 V2 mechanical keyboard ticks all the boxes. It can be used with both Macs and PCs and is available with a choice of Gateron switches and a choice of white and multi-color LEDs. The Bluetooth wireless feature allows the keyboard to switch between up to three devices or the user can rely on a wired USB-C connection. The built-in battery lasts well between charges, especially if the LEDs aren’t on. The striking action is excellent. With hot-swappable switches, it’s possible to change the feel of the keys and even repair faulty switches in seconds. If you want to get into mechanical keyboards, the Keychron K2 V2 is the perfect entry point and is ideal for those of us who use Macs. Highly recommended.