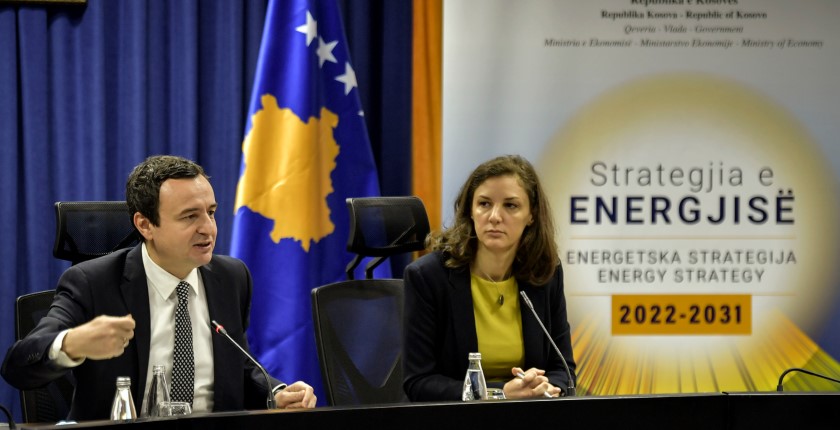 Kosovo’s energy strategy * for 2022 to 2031 will be presented in January, said Economy Minister Artane Rizvanolli and revealed that the government aims to increase the share of renewables in electricity consumption to between 25 and 30 %.

Since June, a working group of national and foreign experts has been developing a ten-year energy strategy for Kosovo * with the help of the United States Agency for International Development (USAID). “We must ensure the security of supply of households and businesses, so that we have a normal life for citizens as consumers, as well as economic, industrial development and employment in the country,” said the Prime Minister. Minister Albin Kurti at a conference on the document. .

The first national energy strategy will be unveiled in January, said Economy Minister Artane Rizvanolli. She added that the share of renewable energy sources in electricity consumption, currently 5%, is expected to increase to 25% or 30% by 2031 and to 50% by mid-century.

The government wants to ensure an energy transition with decarbonization while maintaining energy security and accessibility for consumers and ensuring regional integration of the energy market in an economically sustainable manner, according to Rizvanolli.

Kosovo * obtains 95% of the electricity produced in the country from two obsolete lignite-fired power plants: Kosova A and Kosova B.

Kurti said that the drafting of the document would define action plans for a just energy transition and regional cooperation, “mainly with Albania, but also with other countries”. He cited competing support programs as examples of ways to help lower the prices of clean energy development, the government said in an announcement.

The objectives in the energy sector and the position of Kosovo * are in line with the reforms which are adopted and which are promoted at European level as well as those of the recent COP26 United Nations Conference on Climate Change, underlined the Prime Minister. Kurti pledged support programs for low- and middle-income families to install rooftop solar panels and implement energy efficiency measures.

Power transmission and distribution systems will begin to prepare for the integration of more renewable energies, especially solar and wind power, he said.

Note, the president-elect of the capital Prishtina PÃ«rparim Rama has just promised subsidies, in particular for the poorest families in the city, for the replacement of boilers and heating ovens with cleaner solutions.

* This designation is without prejudice to positions on and is consistent with UNSCR 1244/99 and the ICJ Opinion on Kosovo’s Declaration of Independence.

Electricity provisions in the bipartite bill on infrastructure