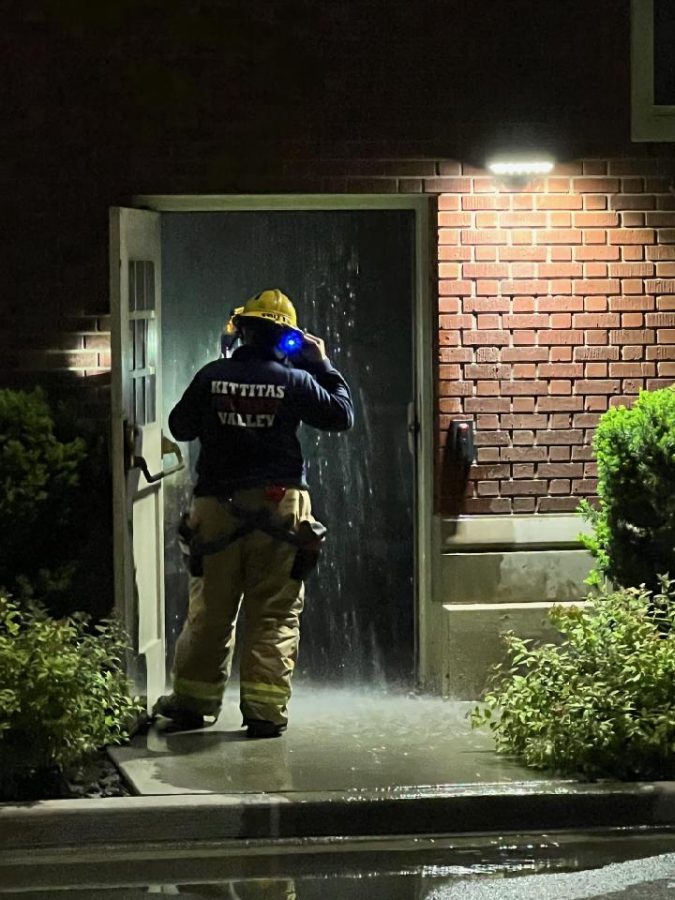 Loud alarms sounded throughout Lind Hall after an icy water leak in the mechanical room set off fire alarms around 11:10 p.m. on June 7, according to an eyewitness and associate vice president of campus planning and of facilities management, Shane Scott.

According to Scott, the chilled water leak was “very problematic” because it was in the mechanical room where the electrical panels are. This caused a brief delay as the crew had to turn off the power before they could turn off the water.

“Once we cut the power, we immediately plugged the leak and started the repair,” Scott said.

According to Scott, firefighters and police arrived on the scene “instantly” and did an excellent job of identifying the leak.

Lind Hall was evacuated, forcing The Observer staff to move from the Observer’s office to the library where they finished submitting pages for the latest guidance issue.

“The alarms sounded like an air raid alarm,” said Addie Adkins, the guidance issue editor for the Observer. “I didn’t really believe it was a real thing, but we finally gathered our things and walked out of the building.”

Adkins said police were on the scene almost immediately after the four observer staff left the building, followed by firefighters minutes later.

“The officers were really helpful,” Adkins said. “One of the officers asked us if we had any work to save and escorted us to the building to collect the items we had left behind. It was just a really weird way to end my time on campus.

Although the leak closed the building after hours, the disruption to the building only lasted overnight, according to Scott.

“Once my team arrived they worked all night and all morning to make sure the building could be operated today because we know it’s finals week,” Scott said.

Scott said Lind Hall was back in order and open for classes Wednesday morning.

“We still have a little repair to do on the chilled water lines, it will probably take us until the end of the week, but we were happy to open the building for use today,” said Scott.