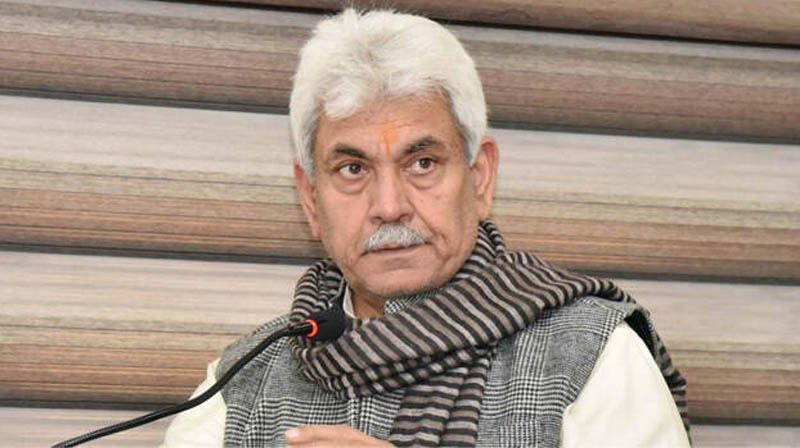 SAMBA: Lieutenant Governor Manoj Sinha today inaugurated 22 power transmission and distribution projects costing Rs. 216 Cr in Samba.
The lieutenant governor said J&K’s electrical infrastructure, which has remained dilapidated for decades, is transforming at a rapid pace.
Today’s development represents a giant leap in increasing capacity and improving power supply to consumers in Jammu, Samba, Hiranagar, Kathua, Udhampur and neighboring areas. The new energy projects will meet the electricity supply demand of citizens as well as the industrial sector, he added.
Calling the occasion historic for the people of Samba, the Lieutenant Governor said the Samba district also received a dedicated network station after a long wait of 15 years.
We are steadfast in our determination to find a practical, pragmatic and viable solution to strengthen the electrical infrastructure in each district of J&K UT, said Lieutenant Governor
To address the current energy deficit and to meet the needs of our growing economy, the government is upgrading transmission and distribution infrastructure that will also allow us to generate productive employment opportunities for young people, added the Lieutenant Governor. .
The Lieutenant Governor expressed his gratitude to the Honorable Prime Minister and the Honorable Union Minister of Energy for their continued support in strengthening the electricity sector at J&K. The upcoming power sector project of Rs 12,922 cr for UT will increase the total availability of electricity in the system, especially for households, industries and the agricultural sector.
The Lieutenant Governor said Jammu and Kashmir under the leadership of Honorable Prime Minister Shri Narendra Modi is moving towards realizing the dream of a better life for every citizen.
We are working on an unprecedented scale to build new infrastructure and improve the facilities available to citizens, he added.
“The government will not rest until J&K truly becomes one of the most developed regions in the country, of which the entire nation can be proud,” the Lieutenant Governor said.
The Lieutenant Governor commended officials of the Energy Development Department, residents of Samba and nearby areas for commissioning new energy projects.
PDD strives to reduce T&D losses and bring them within reasonable limits. The department has achieved commendable results. However, due to electricity theft, honest consumers who regularly pay their electricity bills bear the cost of the theft by other unscrupulous elements. We need to educate people to pay their bills on time and help the government make the electricity sector financially viable, observed the Lieutenant Governor.
The Lieutenant Governor also gave special mention to Sh. Jagmohan Sharma, Chairman of JPDCL for highlighting the fundamental issues in the energy sector in UT.
Sh. Jugal Kishore Sharma, Member of Parliament, speaking on the occasion, highlighted how the new projects will benefit the people of Samba, Kathua and neighboring areas.
Under the leadership of Honorable Prime Minister Shri Narendra Modi, J&K has entered the era of equitable development and the change is clearly visible on the ground with the rapid implementation of several development projects, he added .
Sh. Keshav Sharma, Chairman of DDC, Samba, expressed his gratitude to the government-led Lieutenant Governor of UT for strengthening power infrastructure in the region. He also highlighted various public issues, including the development of border areas.
Sh. Nitishwar Kumar, Principal Secretary to the Lieutenant Governor and Principal Secretary of the Energy Development Department, delivered the welcome address and highlighted the continued efforts of the DDP across UT.