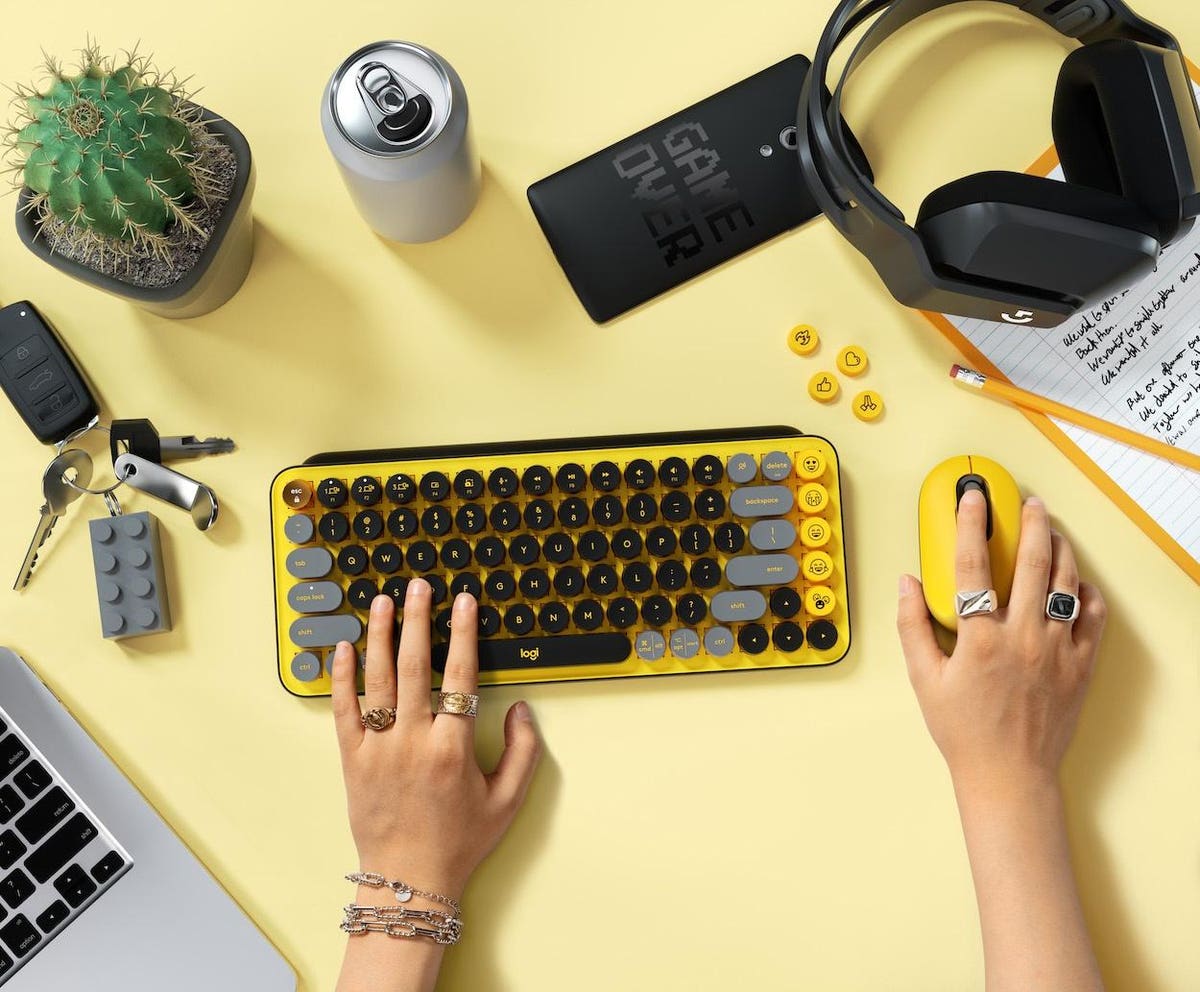 Generation Z is a generation like no other. He is the first to be digital native and to have never known life without the Internet. He’s also the first to have grown up using keyboards and mice instead of fountain pens.

According to research from Logitech, Gen Zers are expressive, style-conscious, and want to live life their way. These characteristics also apply to their workspaces. Gen Z workers want a space that reflects their unique personality, and they want tools that bring joy to their daily work lives. And who wouldn’t want that? We spend hours at our desks, so it makes sense to personalize the space, so we have a fun place to work.

All of these observations have been carefully noted by Logitech, probably the most well-known keyboard and mouse maker in the world. The company’s research into what Gen Z consumers want is reflected in the Swiss-based company’s latest mouse and keyboard products which are on sale in the UK today.

Logitech’s POP keyboards and mice consist of a fashionable mechanical keyboard with a retro vibe, plus a cute mouse to match. POP keys and POP mouse are available in three great colors and the keyboard offers a beautifully addictive typing experience that makes writing so much fun.

Using the POP keys is far more inspiring than typing on a black or tan keyboard that looks like tired office equipment that should have been retired years ago. The same goes for the POP mouse. We spend hours shoving rodents around our desktop computers, so why not have some nice and fun ones to use.

POP Keys is beautifully retro and features mechanical switches with comfortable, hollowed-out round keys as well as a new selection of keys. It has a dozen function keys, including shortcuts for Snip Screen, Mute Mic, and Media Keys to keep playing music. Typing the POP keys is an addictive experience with tactile feedback that makes typing a joy. Five programmable emoji keys provide a shortcut to access your favorite emojis at the touch of a button.

The three gorgeous colorways Logitech has developed consist of Daydream – a delightful confection of mint, yellow, and a restful lavender hue; Heartbreaker – a variation on a pink rose and red theme that has a red velvet feel about it; and Blast – a striking combination of black and bright yellow like a JCB shovel. All three models are beautiful to look at and each has a matching POP mouse.

The POP mouse is beautifully sculpted and includes a special button to open an emoji menu. Logitech has made emojis a core part of the POP lineup. It is the fastest growing language in the world and is widely used by Generation Z. The special button can also be customized for a wide range of functions which may vary depending on the software used. For example, the button can be programmed to function as a Mute button when using Zoom or a Record function when working with Microsoft Word. Applications are easy to program and are only limited by your imagination.

POP Mouse is small enough to slip into a purse or jeans pocket and has a smart scroll wheel that automatically switches between high-precision clicking and high-speed scrolling that can scroll through thousands of lines of code or a long text document in seconds. The POP mouse has a smooth body that nestles comfortably in the palm of the user’s hand. The mouse buttons feature Logitech’s SilentTouch technology that reduces mouse click noise by up to 90% compared to regular Logitech mice.

POP keys and POP mouse can be customized using Logitech Options software and both devices can connect. The keyboard and mouse can connect via Bluetooth or the new three-device Logi Bolt receiver. Bolt is a USB dongle that was developed for enterprise use and provides a robust wireless link between devices and computers and provides an enhanced level of security.

The level of power management that Logitech has managed to produce for the POP range is nothing short of astonishing. POP Keys is powered by two AA batteries while POP Mouse uses a single AA battery. The keyboard can operate for up to three years on a single set of batteries and POP Mouse can operate for up to two years on its single battery. This is a phenomenal performance and ensures that the POP series of products are as environmentally friendly as possible.

Logitech is constantly investigating durability issues. The company tries to use as much recycled plastic as possible in its products and all packaging is 100% plastic free. And because the POP keys use mechanical key switches, the keyboard is expected to last 50 million key presses, ensuring a long and productive life with less impact on the environment.

I’ve spent a few weeks using POP keys and POP mouse and I’m as far from Gen Z as it gets. However, even I could appreciate the stunning visual appeal of the POP design and the enhanced functionality offered by the mechanical keyboard with the programmable keys. These two new products not only look great, they also work incredibly well and are a tremendous productivity boost.

To get the most power from the batteries, Logitech decided not to put backlighting behind the keys. If you must have a backlit keyboard, the POP keys might not be for you, but Logitech’s MX Mini keyboard might be a better bet as it has a very efficient backlit design.

Verdict: Logitech has taken a bold step in the design of POP keys and POP mouse. These designs stand out from the crowd and can brighten up anyone’s workspace. POP Keys are so much fun to type and can be personalized endlessly. The POP Mouse is an ergonomic mouse that matches POP keys and is so quiet and easy to use with SmartWheel intelligent scrolling. The new POP range is getting a wholehearted thumbs up from me and should prove popular with Gen Z and beyond.