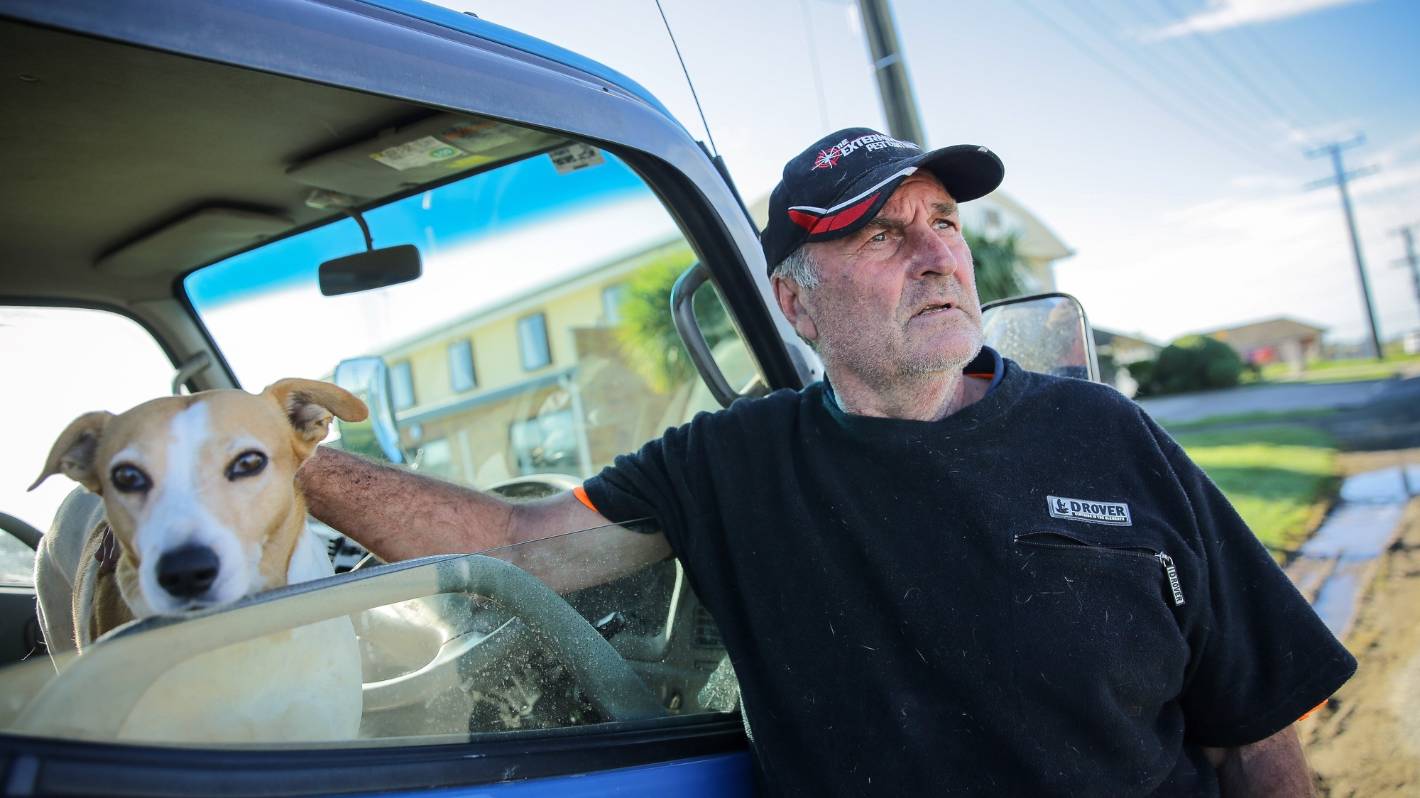 Michael Curry, a Timaru horse trainer, returned the two bags, one containing important lifesaving equipment, which fell from a Fire and Emergency New Zealand engine on Monday. He is pictured with his dog, Millie.

Vital lifesaving equipment that fell onto State Highway 1 from a fire truck in Timaru was returned a day later to grateful Fire and Emergency NZ staff by the motorist who picked it up, fearing that the bags do not cause an accident.

Timaru-based horse trainer Michael Curry said he was about 200 to 300 yards behind the fire and emergency unit on Tuesday and as they were coming down the hill near Washdyke, he said saw the bags containing materials for their rescue equipment and chemical splashes. suits in the middle of the highway.

“I saw the bags in the middle of the road, but I didn’t see them fall from the fire truck. I went ahead, turned around and saw the bags were still there,” Curry said.

“I was afraid it would be dangerous for motorists, so I picked up the bags.”

Curry said he didn’t see any markings on the bags indicating who it might belong to Wednesday morning, but a slip on the outside of a bag, mentioning its contents, made him realize it was something important.

“I was going to wait a few days to see if anything came up on social media about the bags. If not, I was going to hand it over to the police.

Washdyke Fire Station officer Steven Price, in thanking Curry for returning the bags, revealed the lines’ lifesaving equipment was the only one of its kind in all of South Central Canterbury.

“It is the only truck that has line rescue equipment of this type from Waitaki to Rakaia, including volunteer firefighters.”

Station Lines Instructor Leighton Brehaut estimated the equipment would have cost around $4-5,000 to replace and said it would now be retested and put back on the truck.

Price said before the sacks returned they were already talking about getting some urgent replacements from Christchurch.

He added that they had taken steps to ensure the incident did not happen again.

Mid-South Canterbury Fire and Emergency Deputy Commander Stephen Butler said on Tuesday the incident had been flagged as a near-miss in their system and would be investigated.

What makes a “smart” classroom?