The federal government has completed another environmental review of a proposed transmission line that will carry wind-powered electricity from rural New Mexico to major western cities and similar reviews are planned for two other projects that would cover parts of Utah and Nevada, USA. Interior Department announced Thursday.

The regulatory measures came a day after the Biden administration announced a $2.5 billion initiative to make the national power grid more efficient to withstand catastrophic disasters caused by climate change. It’s also part of the administration’s goal to create a carbon-free electricity sector by 2035.

The SunZia transmission project in New Mexico has been in the works for more than a decade. After an initial review over several years, the Bureau of Land Management authorized a right-of-way grant on federal lands.

This had to be reconsidered when the developers in 2021 submitted a new application changing the route after the US Department of Defense and others raised concerns about the high-voltage line path.

A final decision on the right-of-way application is expected this summer, after a public comment period.

The Biden administration is just the latest to promise to accelerate the development and modernization of the country’s energy infrastructure through accelerated federal permits and regulatory reforms. Former Presidents Barack Obama and Donald Trump have also promised to roll back bureaucracy.

While the other two transmission projects are in the early stages of the regulatory process, the New Mexico experience illustrates the complicated nature of getting power from remote areas to population centers.

Federal officials said Thursday the projects have the potential to displace 10,000 megawatts of electricity generated from wind and solar resources.

“Transmission projects like the ones being advanced today offer a promising path to diversify our national energy portfolio and connect more renewables, while tackling climate change and investing in communities,” the secretary said. ‘Inside Deb Haaland in a statement.

Along with new transmission lines, the costs of maintaining and repairing existing power infrastructure have soared to more than $40 billion a year, with many utilities struggling to upgrade decades-old equipment. Customers generally bear the costs. 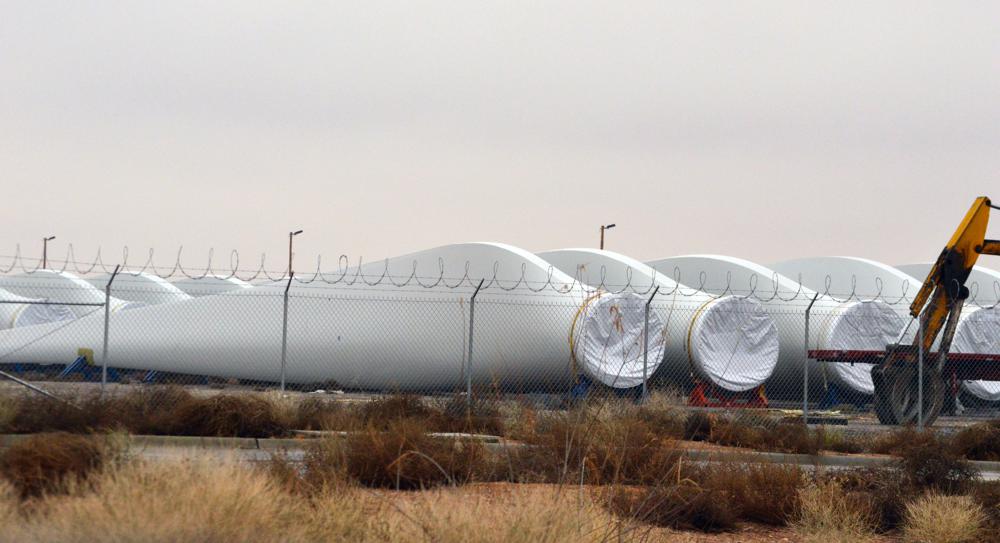 FILE – In this Jan. 5, 2016 photo, wind turbine blades sit in a field in the boom town of Santa Teresa, New Mexico, along the U.S.-Mexico border. (AP Photo/Russell Contreras, File)

Ice storms, hurricanes, wildfires and other extreme weather have destroyed large parts of America’s power grids with increasing frequency in recent years, according to an Associated Press analysis that found outages power due to bad weather has doubled over the past two decades.

The New Mexico Renewable Energy Authority is among those invested in the SunZia project, which would include about 520 miles of transmission lines and a network of substations to bring wind and solar power to Arizona and the California. The anchor tenant is Pattern Energy, which has been busy building huge wind farms in central New Mexico.

NV Energy said its investment of more than $2.5 billion in the project is expected to generate $690 million in economic activity and generate thousands of construction jobs.

And the proposed Cross-Tie transmission project would consist of 214 miles of high-voltage lines between central Utah and east-central Nevada in federally designated utility corridors or parallel to transmission facilities. existing.

Proponents said the project would reduce congestion on other key regional transmission lines and increase the ability of California, Nevada, Utah and Wyoming to import and export renewable energy.