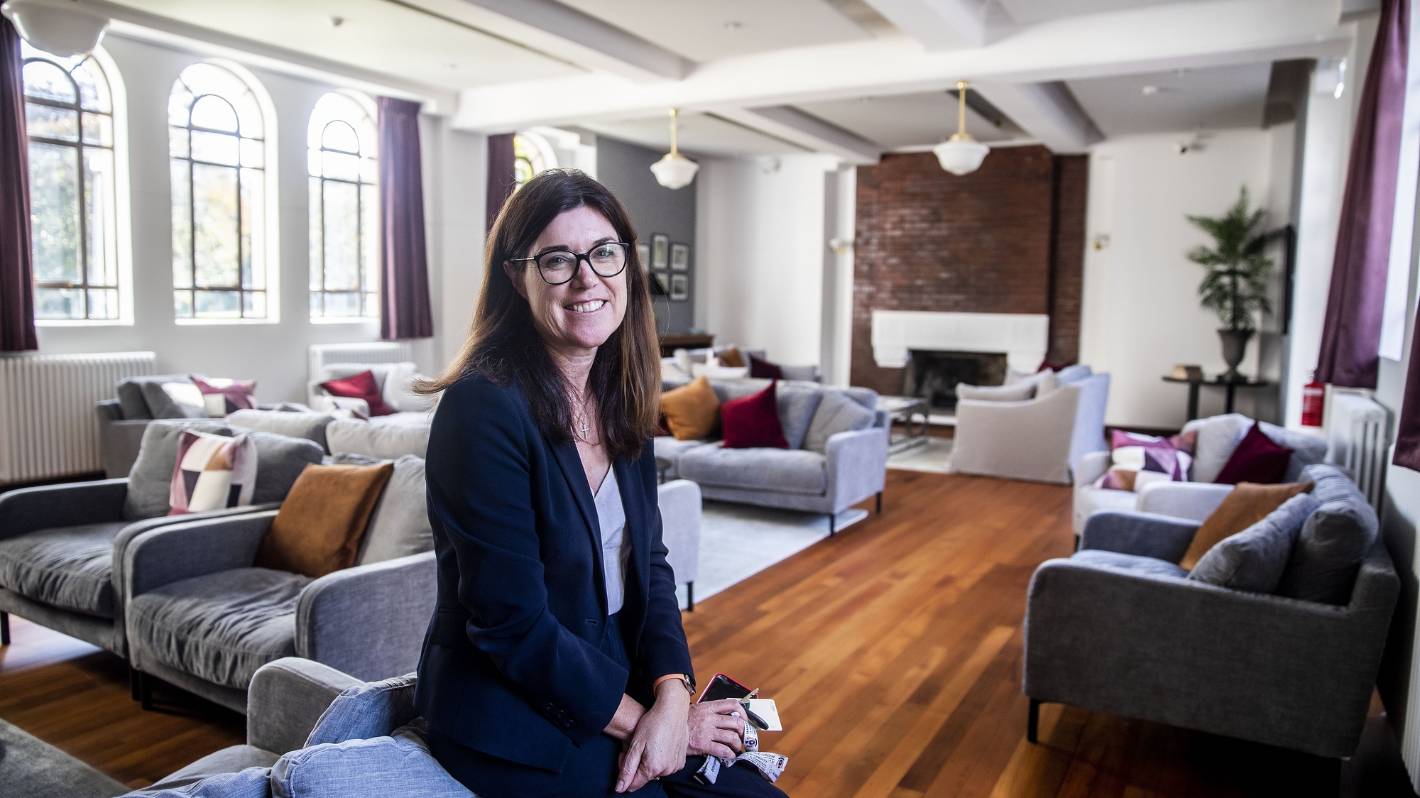 Massey University’s canteen building complete and ready for the city

Massey University Foundation director Mitch Murdoch said the dining hall was open for reservations and students would eventually be allowed free use of the common room as well.

An upgrade to the Massey University Dining Hall building is finally complete after a complete renovation to bring it back to its former glory.

The building is one of the oldest on the Manawatū campus, dating to the early 1930s.

However, in 2012 the building had fallen into very poor condition.

After new anti-seismic standards were implemented following the 2011 Christchurch earthquake, the building was gutted and left derelict.

Massey University Foundation director Mitch Murdoch said the building will now be open to everyone.

“We want the canteen not only to be available for our students, but we also want it to be an asset for the city.

“We had 1472 people donate to this building, so a lot of alumni are very attached to the building. They really feel connected to it.

The building facilities resemble an old private boarding school. An enormous dining hall dominates the middle of the building with a student common room flanking it on the west wing.

In the common room, an old fireplace sits at the back facing rows of sofas and tables.

On the walls, black-and-white photos show men on their sports teams, hosting aperitifs, or dressed in their tuxedos along the hardwood tables in the dining room.

Murdoch said the renovation was important

“All the window hardware was removed from the original brass, we had to remove the original floors and replace them with identical, we found asbestos all over this building. So even in the paint and the delay under the pipe, they had to remove everything.

“The roof was not only full of birds’ nests and bees, but there were no trusses holding it together. Just wooden triangles every three meters or so. So we had to remove every tile and install new steel trusses.”

On the upper floors of the refectory, there are offices and meeting rooms made up of the former quarters of the matrons and the kitchens.

The meeting rooms are used by various university groups as well as occasionally by the council.

Staff also moved into new offices within the refectory, including the Vice-Chancellor.

“We hope that more than the university will use it, that the city will also use it. That they will feel it belongs to them just as much,” Murdoch said.

The refectory is open for bookings via www.wharerata.co.nz