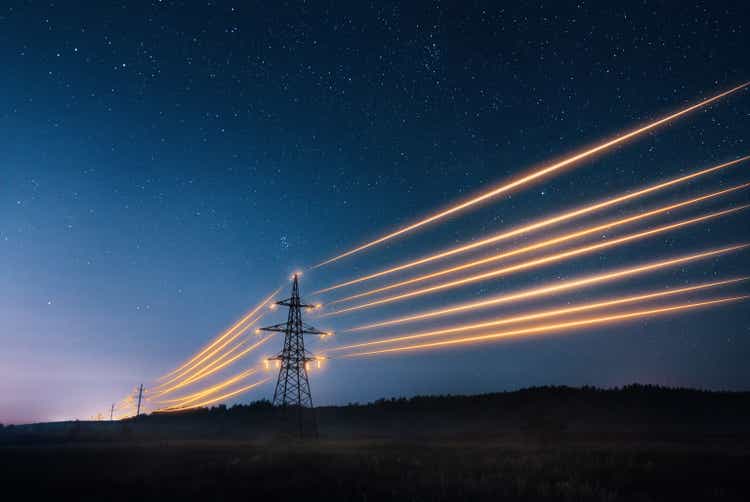 MasTec, Inc.: Leaving Me Away from Electrification (NYSE: MTZ)

Towards the end of 2021, I concluded that MasTec, Inc. (NYSE: MTZ) was growing as he steadily expanded his business with an attractive deal to create a $10 billion conglomerate. Improved performance, reasonable leverage ratios and a fair estimate all caught my interest at the time.

MasTec is a critical infrastructure contractor that is quite diverse. The company has generated $8 billion in sales through these services, which are strongly linked to communications, power supply, clean energy, energy infrastructure, as well as less reliance on industry traditional oil and gas industry.

Communication was responsible for $2.6 billion in sales in 2021, mostly related to 5G, spectrum rollout, fiber, and more. Oil & Gas was the second largest segment in 2021 with $2.5 billion in sales, but is expected to decline significantly in 2022. The segment includes pipelines, emissions reduction initiatives, and more.

Clean energy and infrastructure were responsible for $1.9 billion in sales, with electricity supply being the smallest unit at the time with $1.0 billion in sales generated by investments, maintenance and network upgrades.

I looked at the stock in December last year as the company was active in trading last year. In May last year, the company acquired specialist utility contractor INTREN in a $420 million deal that is expected to add more than half a billion in sales. This was followed by a $600 million deal for Henkels & McCoy, a private power transmission and distribution company.

The deal for Henkels was expected to add $1.5 billion in sales, making it a substantial deal, actively growing driveline business and overall EBITDA to more than $1 billion in leverage ratios reasonable. With shares trading at $90 at the end of last year, when earnings were around $5.50 per share, MasTec’s valuations seemed reasonable to me.

Fast forward between the end of 2021 and today, we have seen stocks fall from $90 to $68 at the time of writing as stocks have suffered in response to market conditions.

It turned out that the whole year Sales in 2021 rose 26% to $8.0 billion, with adjusted EBITDA of $931 million also up, but margins fell 110 basis points to 11.7% of sales. Adjusted earnings were $5.58 per share, with GAAP earnings of $4.45 per share. Much of this variance comes from amortization expense, but if we remove the stock-based compensation expense, earnings come out to about $5.25 per share.

Sales growth slowed significantly in the last quarter, with EBITDA actually declining significantly. The company has guided its 2022 sales to around $9.95 billion, driven by the purchase of Henkels & McCoy in a major way. The problem is that adjusted EBITDA was only expected to rise 2% to $950 million, with adjusted earnings per share reduced to $5.32 per share. Project delays, higher start-up costs, and inflation are the real reasons for margin pressure, which is clearly not a good sign.

These trends only worsen in the first quarter, as the company significantly reduced its full-year sales guidance to $9.2 billion, with EBITDA expected to decline further to $850-875 million and adjusted earnings per share approximately $4.36 per share. This is about a dollar down from previous forecasts, which were already soft to begin with.

Despite much slower operating performance, MasTec reached an agreement to acquire Energy Infrastructure and Alternatives, Inc. (OUCH) in a transaction valued at $14 per share. IEA is primarily a service provider in renewable energy markets, which is expected to generate some $2.4 billion in sales in 2022, a quarter of MasTec.

In parallel with the publication of the results of the second quarter reportthe company maintained its full-year guidance, but it cut its EBITDA guidance to $750 million due to continued inflationary pressures and supply chain issues, with earnings further reduced to a midpoint of just $3.09 per share.

Poor cash flow conversion caused net debt to drop to $2 billion, which is a bit problematic given the sharp drop in EBITDA as leverage ratios just above 1x rapidly increase to 3 times. With the agreement with the IEA involving a cash component of approximately $800 million, pro forma net debt will increase to $2.8 billion, on pro forma EBITDA close to $900 million, for a ratio of leverage multiplied by 3, or just above this figure.

The truth is, I’m pretty disappointed with MasTec here. Despite strong secular positioning, sales are down sharply from the initial outlook despite inflationary pressures, indicating that some outlook is not materializing or the company is losing market share. With pro forma EBITDA of over $1 billion falling to three-quarters of a billion, earnings are being hit hard. This means that the equity value has fallen to $5 billion here, for an enterprise valuation of $7 billion.

In that sense, even though current earnings are weaker this year, buying IEA seems reasonable in terms of multiple and certainly in terms of positioning. The truth is that management simply has something to prove right now, even if inflation, supply chain issues and labor availability are valid reasons for weaker performance.

The other issue is leverage, which is increasing rapidly even before the IEA deal. With declining earnings power greater than that of equities, investors need to bet on stabilizing and recovering margins, as management has not proven itself lately. All of this means that I’m not yet preparing for MasTec actions here, leaving me on the sidelines.