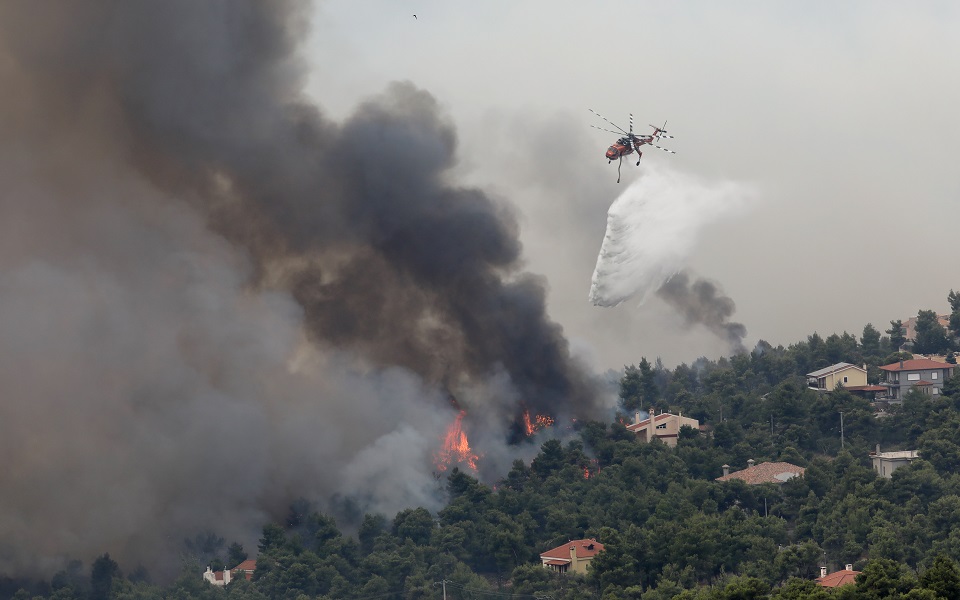 Strengthening winds on Friday stoked a large-scale wildfire in northern Athens, threatening critical electrical installations, cutting off a section of the national road and prompting the evacuation of residents of two other communities in the foothills of the Mount Parnitha.

There are reports that the fire threatens the facilities of the Independent Electricity Transmission Operator (ADMIE) in Agios Stefanos which, if hit, could cause widespread blackouts in the Greek capital.

The most important front, meanwhile, is in the Afidnes region, causing the closure of a section of the Athens-Lamia national highway. Trucks are prohibited from using the highway until further notice, while northbound cars are redirected to secondary roads.

At 11:05 a.m., civil protection sent text messages to thousands of mobile phone users and police cars warned by megaphones of the evacuation of Kapandriti, Polydendri and Malakasa by directing residents to the coasts of Varnava and Nea Makri.