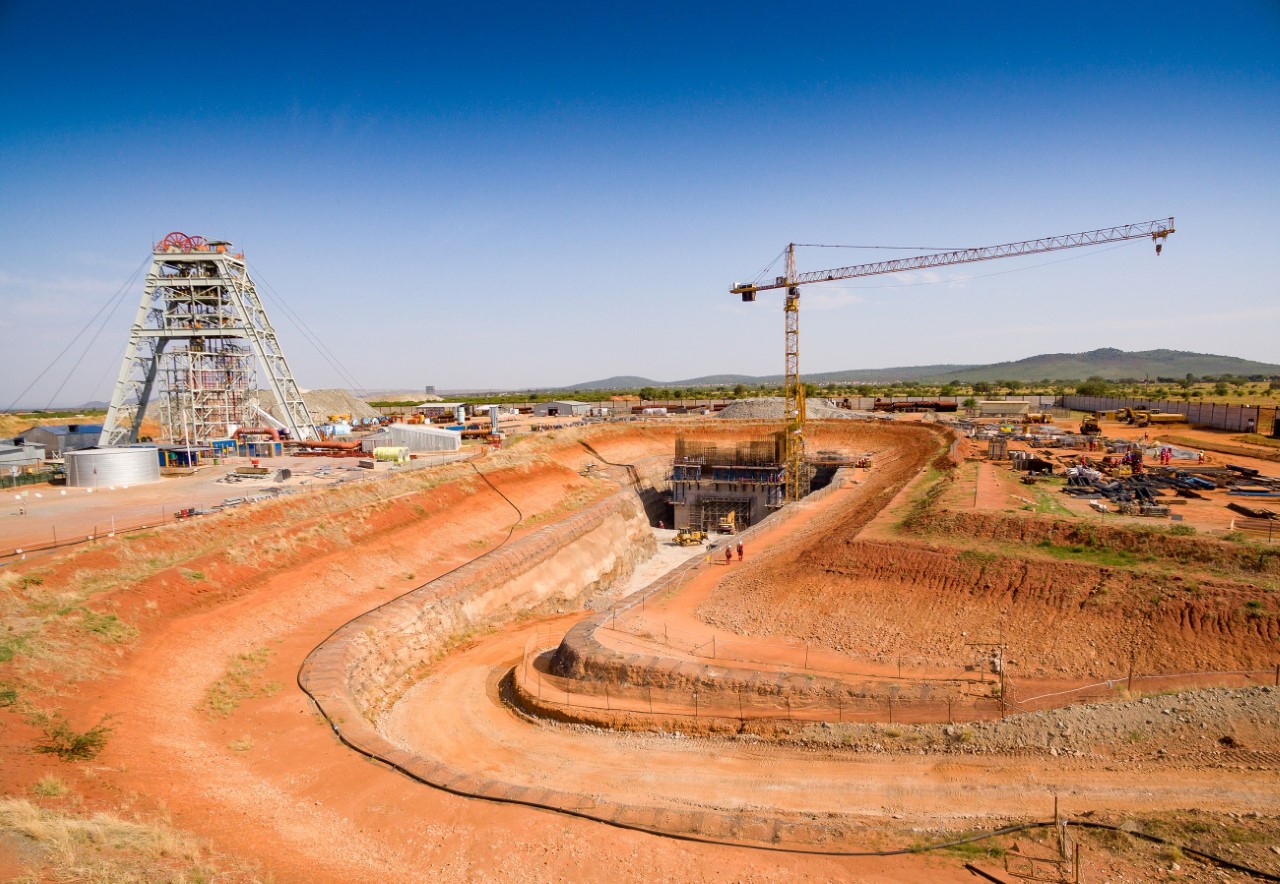 According to Mike da Costa, the mining rig of Murray & Roberts, a leading mining contracting firm, is quickly putting the economic effects of the COVID-19 pandemic behind it and its order book is now back to levels of before the pandemic.

“Our order book eroded immediately after the global economic shutdown caused by the pandemic, but has now recovered well,” said da Costa, CEO of the mining rig. “It now totals 22.2 billion rand ($1.44 billion), which is up sharply from 17.9 billion rand a year ago. The outlook for the future also looks good, as there is a large pipeline of new projects that we are bidding on. »

The Murray & Roberts mining platform consists of three regional companies. These are Murray & Roberts Cementation, headquartered in Johannesburg but with branches in Kitwe, Zambia and Accra, Ghana; Cementation Americas (which includes Cementation USA), based in Salt Lake City, which manages the Americas; and RUC Cementation, which operates out of Perth, Australia and works throughout Australasia and South East Asia.

“We are active in virtually every major mining jurisdiction,” da Costa says. “Notable mines and projects where we are currently working include the Venetia Underground Project in South Africa, the Jansen Potash Project in Canada, the Kennecott Utah Copper Keystone Project in the United States, the Oyu Tolgoi Copper/Gold Mine in Mongolia, the Grasberg copper/gold mine in Indonesia and the Tanami gold mine in Australia.

Murray & Roberts Cementation, the African arm of the global mining rig, has been noted for its technical capabilities and, in particular, its shaft sinking expertise, over the decades. It has played a vital role in the development of South Africa’s deep gold mining industry and currently generates around R3.5 billion a year, with a target to increase that to 4, R5 billion, according to the company.

Commenting on the current performance of Murray & Roberts Cementation, its managing director, Mike Wells, says that the bulk of its work takes place in South Africa.

“Historically we have worked across Africa, but at the moment our African presence – outside of South Africa – is largely limited to some raise drilling contracts that we have in Zimbabwe, Burkina Faso and Tanzania, as well as a contract at the Navachab gold mine in Namibia where the client is developing a test underground mine. In South Africa, however, we are extremely busy. We have definitely put the impact of the pandemic behind us.

“We work at the New Clydesdale mine through our Boipelo joint venture,” he notes. “We are also at Matla 1, where we are carrying out masonry work to restore the mine to a new location. Another opportunity in the coal sector is to do stone work by the road attack method and we are actively pursuing work of this type.

Murray & Roberts Cementation’s flagship contract is the Venetia underground project, where the company’s work on sinking and outfitting the two vertical shafts required by the project is now well advanced with the shaft sinking phase nearing completion . Although Murray & Roberts Cementation’s current scope of work extends to around 2024, Wells believes there is a reasonable prospect that the company will remain active in the mine for years to come, given the magnitude of the VUP.

In PGMs, Murray & Roberts Cementation has worked for several years on various aspects of the giant Platreef project, near Mokopane (pictured above), and has just started its latest contract at the site, which will see it carry out the development for the initial Phase 1 mine. An interesting feature here is that the contract will see Murray & Roberts Cementation using a battery-powered mining fleet – owned by client, Ivanplats – for the first time.

“We had five million fatality-free shifts just over a year ago, which was a big milestone, and we should soon hit the 6 million mark,” he said. “We haven’t had a death for about six and a half years, which is really exceptional. We attribute our success to our major accident prevention program, as well as the excellent training we provide at our world-class training academy at our facility in Bentley Park, near Carletonville.

The task of bringing new business to Murray & Roberts Cementation falls to Allan Widlake, director of new business, who says the business has plenty of scope to grow both in South Africa and the rest of the country. Africa.

“All customers are starting to launch new tenders and projects that were previously on hold,” he says. “This is particularly the case in South Africa, but we are encouraged by developments in other parts of Africa. In Zambia, for example, there are certainly opportunities emerging on the Copperbelt.

“Our Training Academy is a huge asset and is especially important now that locating employment opportunities is a requirement on virtually all contracts,” he said. “We can take people with no mining experience and bring them up to an impressive level of proficiency very quickly by running them through Bentley Park.”

Returning to the global perspective, da Costa says Murray & Roberts’ relatively recent acquisition of Terra Nova Technologies in the US and Insig Technologies in Australia will significantly expand the capabilities of the mining rig.
San Diego-based Terra Nova has given the platform a solid foothold in the material handling market. The company designs, supplies and commissions overland conveyors, crushing/conveying systems, mobile piling systems, and in-pit crushing and conveying systems.

“Terra Nova is a perfect fit for the Murray & Roberts mining platform and gives us the ability to supply, for example, conveyor systems with a capacity of up to 12,000 t/h,” said da Costa. “Its largest market is North America but it is also active in South America and has an office in Santiago, Chile. She has just won an important contract in Chile. Our intention is to grow the business by leveraging our global footprint.

Commenting on the acquisition of Insig, da Costa says it takes Murray & Roberts into high-tech territory, as the company specializes in the development of IoT (Internet of Things) systems and remote control solutions in the mining area.

“We have been working on a digital strategy for the mining rig for some time and the acquisition of Insig is central to our digital journey,” da Costa concludes. “We will initially use Insig’s systems internally, but will eventually market them to the broader mining industry. We see them as essential in our drive to increase efficiency, reduce costs and increase safety through digitalization. »