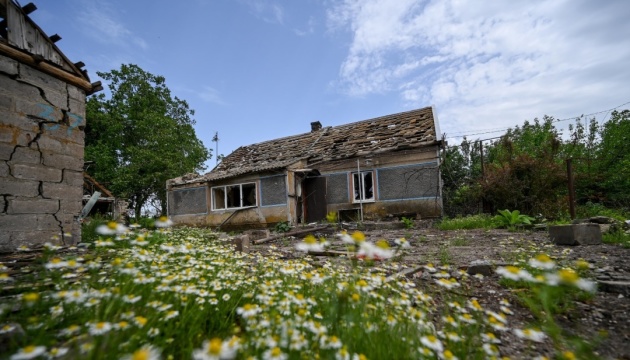 On the morning of June 7, 2022, the Russian army opened fire on the city of Mykolaiv. Hostilities are ongoing in Donetsk region, Lugansk region and Kherson region.

The relevant statement was made in a consolidated report of military and civilian administrations on the situation throughout Ukraine at 08:00 a.m., June 7, 2022, a correspondent of Ukrinform reports.

In the Mykolaiv region, Russian troops shelled the Bashtanka community last night. Two civilians were killed and one injured. The premises of the military administration and the district council, the city council, the stadium and the sports school were damaged.

In the Kherson region, the Russians continue to shell the temporarily occupied areas with artillery and try to regain control of the areas liberated by the Ukrainian armed forces. The situation is difficult in the settlements of the Beryslav district. Humanitarian aid cannot be sent there. Meanwhile, Russian invaders prepare to celebrate Russia Day in the region.

In the Lugansk region, the battles for Sievierodonetsk are raging. The Russians shelled a market, a mining college and a school in Lysychansk, injuring two. Rescuers had been putting out the fire in the market in a 1,000 square meter area for several hours. The enemy opened extensive fire on Zolote, having destroyed 13 houses. On June 6, 2022, the Russians shelled Hirske, causing damage to 11 houses. Meanwhile, Ukrainian forces repelled enemy attacks in the direction of Novookhtyrka and Voronove. Near Bilohorivka, the enemy uses sabotage and reconnaissance groups.

In the Dnipropetrovsk region, Russian invaders bombarded a local community on the border with the Kherson region with Uragan’s multiple rocket launcher systems, injuring one person and damaging houses.

In the Sumy region, the Russians shelled the town of Seredyna-Buda this morning. The enemy opened fire with mortar and artillery systems. At least six detached houses, an apartment building and a garage were damaged and caught fire. A power line was also damaged. According to our information, there would be no casualties among the civilians.

Last night, Russian troops also opened fire on Kyivskyi district in Kharkiv, after setting a fire in a residential house. One person was rescued from under the rubble. An administrative building also caught fire, but no casualties were reported. Over the past day, four civilians have been injured in the Kharkiv region. Two people were killed in Derhachi and Chornohlazivka.

In the rest of the regions, it was pretty quiet last night.