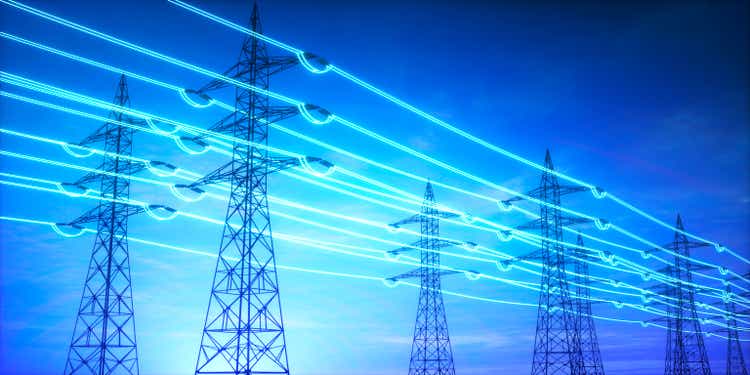 According to SmartGrid.gov, the electrical grid began to be built in the 1890s and over the years has been improved as technology has advanced. Today, over 9,200 generator sets with over 1 million MW of generating capacity are connected to over 300,000 miles of transmission lines. Much of this expansion has been on a regional and disparate basis. Today, the power grid is stretched to capacity not only by its historic disparate nature, but by the transition to intermittent renewable power generation as well as increasing demand for electricity from electric vehicles as well as by growth in demand driven by increase in population, demand from industry and increased use of electronics due to digital transformation. In the future, a new type of power grid (i.e. a “smart grid”) is needed: a grid designed to support renewable energy generation, increased demand due to electric vehicles, and that can automate and manage the growing complexity of generating and delivering electricity in the 21st century. This is where the First Trust Clean-Edge Smart Grid ETF (NASDAQ: GRID) Between.

All of these requirements will drive increased demand for all of the electrical components that will actually make the smart grid a reality. These include common but often overlooked widgets such as transformers, relays, fuses, circuit breakers, switches, and power quality monitoring and metering devices – just to name a few- one. These are exactly the components provided by the companies held in the GRID ETF.

And remember, it’s not an infrastructure problem in the United States. Per capita, the United States continues considerably delays China and the EU in terms of adoption of electric vehicles. However, significant national spending will be required if the market share of electric vehicles reaches the 50% of new vehicle sales expected by 2030. Also note that most of the companies held in the GRID ETF portfolio have strong ESG policies as they fully align with the solutions they offer as well as the fact that globally adopting strong ESG policies to help mitigate the worst impacts of global warming would lead to strong growth for most of these companies.

So let’s take a closer look at the fund and see if it would make sense for you to allocate capital to it.

The top 10 holdings of the GRID ETF are shown below and correspond to what I consider to be a relatively concentrated concentration of around 59% of the entire portfolio:

I have no problem with such a high concentration as investors still enjoy excellent diversity in the sector, but let’s face it: the electrical component supplier sector is dominated by a handful of companies, and this fund holds all the big ones.

Schneider-Electric (OTCPK:SBGSF) is the #2 position with a weight of 7.8%. Schneider is losing 2.6% and has a TTM PE of 20.8x. Seeking Alpha contributor Stephen Simpson thinks the recent pullback in Schneider shares is an opportunity for investors (see Schneider Electric stock slips as investors dim the light on electrification and automation).

Outfit #5, Aptiva (APTV) has a 6.5% allocation and is a bit different compared to the top 4 holdings. Aptiv focuses on security technology components and solutions for the automotive and commercial vehicle markets. It operates in two segments: Signal & Power Solutions and the Advanced Safety & User Experience segment. Aptiv is expected to show significant improvement in earnings this year:

As can be seen in the chart above, the GRID ETF also significantly outperformed the Utilities Select Sector SPDR ETF (XLU). Looking further ahead, the GRID ETF has a strong 10-year average annual return of 13.45%:

The GRID ETF could be affected by all the normal macro-environmental risks of the day, including high inflation, higher interest rate outlook, COVID-19 lockdowns in China leading to weaker global economic growth and a supply chain disruption, Putin’s horrific war of choice in Ukraine, and the resulting sanctions imposed on Russia by the United States and its Free Democrat allies. Each of these risks alone could lead to weaker economic growth, while together they could lead to a global recession (or worse).

Meanwhile, and despite relatively attractive returns from some of the top holdings, the fund as a whole has only generated income of 0.88% over the past year (ending 04/29/2022). The takeaway here is that the primary investment opportunity in GRID isn’t income – it’s capital appreciation.

On the other hand, GRID could be seen as a relative value against the overall market:

While I appreciate the investment thesis behind the GRID ETF’s fundamental outlook, the relatively high expense ratio worries me given the risks in the current macro investment environment. That being the case, I’m going to give GRID a HOLD. However, as I mentioned in my recent article on portfolio management in volatile times (See “The Four Horseman”), I would try to take advantage of market volatility to, perhaps, pick up the GRID ETF “on sale”. Anyway, given the daily fluctuations in today’s market, I wouldn’t go “all in one” but rather scale over time to make sure you don’t miss a better opportunity if the market were to go even lower.