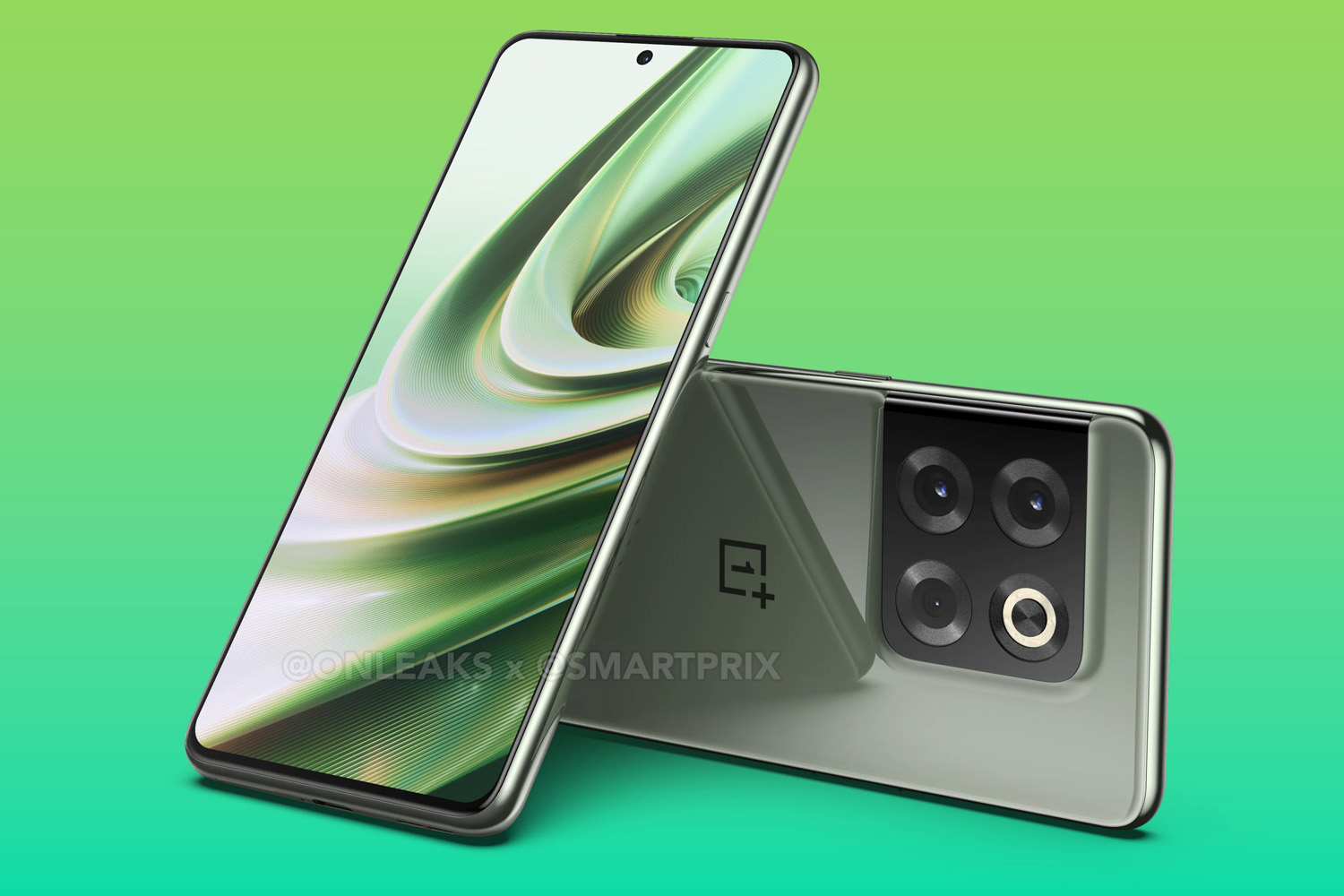 OnePlus 10T: everything we know so far

A mid-life refresh has been a staple for OnePlus smartphones (with a few exceptions) – and now it looks like there’s a new one on the horizon. The OnePlus 10T is expected to make its official debut later in 2022, bridging the gap between the OnePlus 10 Pro 5G and whatever comes after it next year.

Given that there was no OnePlus 9T, the news that the company would be bringing back this semi-annual upgrade cycle came as a surprise. But there’s been no shortage of OnePlus models lately, with multiple Nords and region-specific versions extending the definition of what we expect from the brand.

Will the 10T restore that balance with a sweetly priced “flagship killer”? Or has OnePlus now fully migrated to premium territory? Here’s everything we know about the next phone, including likely hardware specs, a possible release date, and more.

As of now, the only visual clues we have come from a collaboration between Twitter tipster Onleaks and Indian tech site Smartprix. Renderings of the phone from all angles, believed to have been created from photos of a pre-production handset, reveal just about everything – assuming they’re accurate.

The biggest change is the removal of the notification slider, a OnePlus staple present since the original OnePlus One. More recently, OnePlus dropped it for the more affordable Nord handsets, so it wouldn’t be entirely surprising if it was dropped at the top end as well. Still, it’s one less unique feature for a range of phones that boasted of doing things differently from the rest of the industry.

There’s also speculation that the frame is metal rather than plastic, which could suggest OnePlus is aiming for a lower price.

Two colors are offered at launch: green and black. That wouldn’t suggest any major change from the OnePlus 10 Pro, which comes in Volcanic Black and Emerald Forest hues.

The rumored specs should be taken with a pinch of salt right now, as very few sources have talked about the phone so far.

The OnePlus 10T is believed to be in line for a Qualcomm Snapdragon 8+ Gen 1 processor, which would put it near the top of the performance stack. It should get up to 12 GB of RAM and up to 256 GB of storage. A 4,800mAh battery will be responsible for keeping the lights on, and incredibly fast 150W fast charging is apparently on the cards as well.

The display could be a highlight, with a 6.7-inch AMOLED being the most likely candidate. It should have FHD+ resolution, rather than QHD, but use LTPO technology for power-efficient variable refresh rates up to 120Hz.

On the camera front, leaked renders suggest a similar triple-lens setup to the OnePlus 10 Pro 5G. Expect a 50MP main lens, a 16MP ultrawide, and (sigh) a 2MP macro sensor. The front selfie camera is expected to have a 32MP sensor.

The 10T is expected to debut later this year, but so far there’s no indication of exactly when. That leaves us going back to previous OnePlus releases to try and narrow the window – although the company completely ignored the 9T and the pandemic threw the whole industry into a loop, we’re flying slightly blind. .

With this reasoning, the 10T should appear five to six months after the 10 Pro. This phone was released in March 2022 in the UK, but had been circling China for several months prior. That could mean we’ll see the 10T as soon as July, or closer to September, depending on whether OnePlus wants to attempt a global launch or stick with staggered releases.

Our best guess: an announcement towards the end of summer, with handsets going on sale around a month later. If you’re looking for one, expect to have it in your hands no later than October.

The OnePlus 10 Pro 5G remains one of the most expensive phones to ever wear a OnePlus badge. It starts at £799 and goes up to £899 depending on how much memory and storage you’re looking for. Rumors suggest that the 10T will attempt to lower that price a bit, but as of now we don’t have any concrete details.

If it does use a plastic construction, it would be hard to justify the high price tag, but the latest Snapdragon silicon doesn’t come cheap. We’d expect a similar two-tier approach for the 10T, and wouldn’t be surprised if £699-£799 were the target for the base model. It would cost it above the Google Pixel 6, but below the Pixel 6 Pro.

What Mega Drive Mini 2 games do you want?