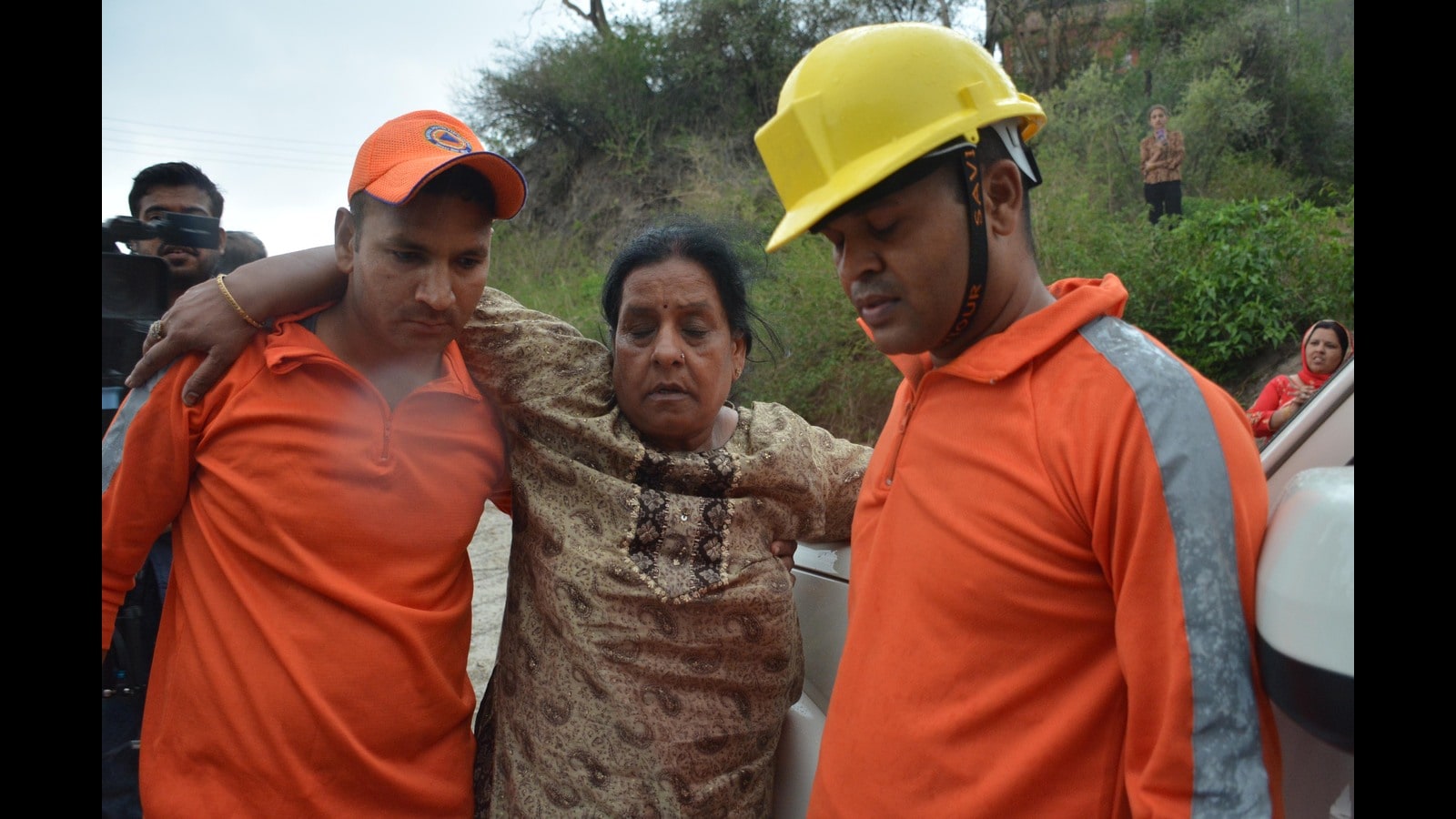 “We were stuck in the air for hours. It was dreadful. We thought we were going to die,” said Reeta Goel, 53, who was among 11 people stuck in a cable car at Parwanoo Timber Trail in Himachal Pradesh on Monday.

Goel, who was on a two-day visit to the hill state with nine other members of his family, intended to return to Delhi the same evening, but luckily the whole family spent the day suspended in the air due to a technical hitch in the trolley shaft, pending the arrival of help. They had boarded the cable car for an eight-minute journey around 10.30am, but only managed to descend around 5pm after a six-hour rescue operation.

Two cable cars had a technical problem, but the 11 people in the other car, including a child, were rescued at 12:30 p.m. One of those rescued, Manoj, said: “We were due to leave for Delhi around 11am. The cable car ride was supposed to take only eight minutes, but it stopped halfway after a sudden jolt. Initially we thought a power outage had caused the cart to stop, it was only later that we learned that a technical glitch was involved. No effort was made to rescue us until noon and we were all worried,” he said.

“Back in Delhi, our family members were worried and constantly contacting us by phone,” Reeta added.

“We were all scared, and some even burst into tears, because it took a long time to rescue us. The rescue was also difficult for the elderly who accompanied us,” said Rajesh Garg.

“There were 11 people in Car A. The passengers in Car A refused to follow evacuation procedures and did not consent to being rescued with a harness. To convince them, a rescue team consisting of the cable car manager, a mechanical engineer and a backup attendant was moved to the cable car using a service cabin. Every effort was made to convince them and finally at 2 p.m., one person consented to be rescued. The remaining 10 adults, part of a group, accepted the rescue shortly afterwards and they were rescued one by one. The operation ended at 5 p.m.,” attorney Nikhil Goyal said in a statement on behalf of the station.