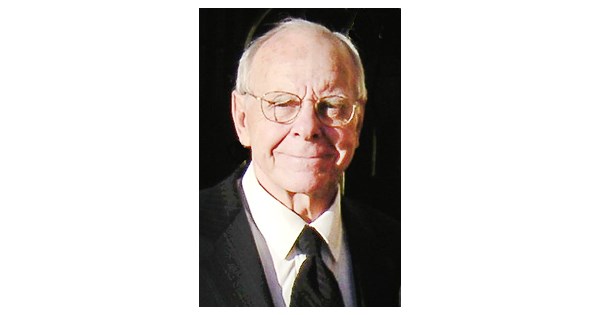 Paul Gant Johnson was born in Sprigg, West Virginia on the leap year of 1932, this rarest day, February 29. He passed away on September 14, 2021 at the age of 89, although on every birthday he happily counted his age to only a quarter. this number. He has enjoyed tremendous success managing complex engineering operations for Ingersoll-Rand Corporation (IR) in the Eastern United States, Europe, Japan, South Africa, Brazil and India. But his greatest pleasure was spending time with his family. Paul never met a stranger and was always quick to laugh and find common ground wherever he traveled. He was not a man of moderation and consumed large amounts of books and magazines, especially on everything related to mechanics and automobiles. He loved great food, wine, music, and entertainment and was always the most dressed man in the room. His voracious love for sports cars has been an obsession throughout his life. Paul was the first child born to Pearl Edith Bench of Bristol, Virginia and Harvard Parks Johnson of Singleton Township, Mississippi. He was the namesake of his grandfather who was assassinated in 1899 in Winston County, Mississippi in circumstances that remain a mystery to this day. His father, known as HP or Johnny, was a self-taught wizard and electrical engineer. Her mother mainly raised her siblings, and was a business school graduate, a master seamstress, and a woman of extraordinary kindness and generosity. During the years of rural electrification, the family traveled through Virginia and West Virginia where Johnny worked to build and operate hydroelectric plants. Their travels took them to Roanoke, Virginia, to build a power plant there while Paul was in Cave Spring Elementary School. Paul’s inability to swim became a local legend as he regularly rode his tricycle to the bottom of the pool. He would later claim that all the children in town owed him their saving merit badges. In 1944 the family moved to Rich Creek, Virginia, where Johnny was instrumental in operating the Appalachian Power Company’s 5 Glen Lyn Unit in the Blue Ridge Mountains on the New River. Paul attended school near Narrows, Va. Where he excelled in soccer as a running back with the Narrows “Green Wave”. “Bull” Johnson, as he was called, attended the College of William & Mary on an athletic scholarship and then transferred to the Virginia Polytechnic Institute and was very proud to be a member of the ROTC Corps of Cadets. During those years he often hitchhiked to Sweet Briar College in Amherst to visit his hometown sweetheart, Carole Livingston Dillow. His safe passage usually meant ditching his Virginia Tech sweater for more neutral clothes so the men at the University of Virginia would take him to Amherst. In 1952, they fled to get married and settle in Blacksburg, Virginia. Their first child, John, was born the following year and their daughter Margaret two and a half years later. As a mechanical engineer, he started his career at IR in Athens, Pennsylvania, building air compressors used in heavy construction. He worked his way up the management ladder to the company’s Painted Post plant in New York City and was soon assigned to build a new manufacturing facility in Roanoke, Va., Which came full circle the loop of his travels. In the early 1970s, he moved the family to Tokyo and led IR’s manufacturing operations in Japan. From there, his travels expanded to include missions to virtually every continent. He has built a reputation for being able to solve irreparable problems in machine design, manufacture and repair by getting his hands dirty in the field and emphasizing first-hand experience. Upon returning from a mission in Sao Paulo, Brazil, he served as General Manager of IR’s operations in Mocksville, North Carolina until his retirement. Paul is survived by his beloved wife, Carole Dilllow Johnson, his son John Johnson and his wife Terri Morris of Charlottesville, VA, and his daughter Margaret and Jim Wray of Rescue, Virginia. He is also survived by his grandchildren Carlton Caldwell, Gillian Turner, John Turner and his wife Emily, and his great grandchildren Caitlin, Riley, Logan, Rachael, John Austin and Lincoln. He is also survived by his beloved brother Charles E. and Susan Johnson of Centerville, Maryland; their children Patrick Johnson and his wife Tammy, their daughter Madison and their sons Owen and Charlie; Stephen Johnson and his wife Ali, their daughters Ryan, Sophie and their son Joey; and Whitney Herzog and her daughter Sadie Pearl.

Published by Winston-Salem Journal on September 17, 2021.