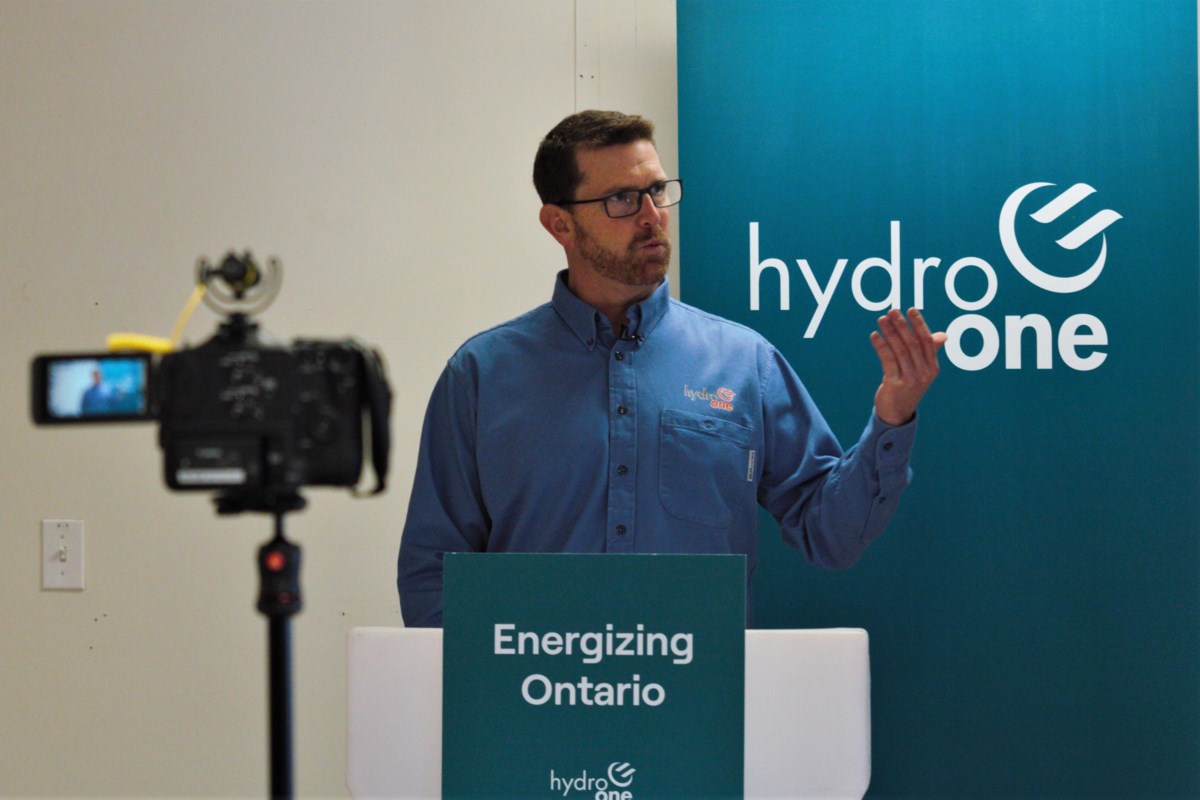 Plan will bring more reliable electricity to the northwest, Hydro One says

Investments in five-year investment plan will cut outages by a quarter, Hydro One CEO said during visit to Thunder Bay

CEO Mark Poweska touted the benefits of the company’s five-year investment plan during a stop at the Lakehead transmission station in Thunder Bay on December 8.

He notably said that the improvements included in the plan will reduce power outages by about 25% and bring more reliable power to First Nations in the region.

The company could not say on Wednesday how much of the plan’s $ 17 billion investment would be spent in northwestern Ontario, but Poweska said the region would see significant improvements.

“There is major infrastructure in this area, like the transmission station where I am today,” he said. “We will proceed with a component-by-component replacement of this installation. Most of the components here were built in the 1940s… and we need to refurbish or replace a lot of the equipment in this area.

In a statement, the company said the Northwest-specific plan commitments include installing or renewing more than 250 kilometers of high-voltage power lines, upgrading infrastructure, including the Lakehead transmission station and the Port Arthur transmission station; and the refurbishment or replacement of over 1,500 wood poles. .

The utility also promises to “improve the reliability of electricity for First Nations communities through innovative battery solutions” and install smart devices in the Northwest which it says will improve reliability ” for customers who experience the most power outages ”.

The utility distributes electricity to the vast majority of Northwestern Ontario outside of Thunder Bay, which is served by North Synergy.

In a statement, Synergy North said the investments will also bring local benefits.

“We are particularly excited about the Port Arthur Transmission Station upgrade, which will help electrify vehicles and the next generation here in the city of Thunder Bay,” said President Tim Wilson.

Hydro One sees the potential for increasing energy demand in the region due to the mining industry, Poweska said.

This was good news for Wendy Landry, Mayor of Shuniah and President of the Northwestern Ontario Municipal Association (NOMA), who was on hand for Poweska’s visit on Wednesday.

“We have a lot of mines,” she said. “We believe we are the future of the province of Ontario with the resources we have. But without energy, we are nothing.

Landry said northern municipalities were consulted when the plan was created and NOMA was happy with it.

“These types of investments are exactly what [we’ve] asked, ”she said. “You go down the freeway and look at the Township of Greenstone… and how many times there are hours of power outages… All of our other communities, we’ve been dealing with power outages all these years. This is something NOMA has long advocated.

Hydro One’s investment plan is part of the utility’s joint pricing application filed with the Ontario Energy Board (OEB) in August.

The Recorder – My Turn: UMass has the potential to leave a legacy in renewable energy protection