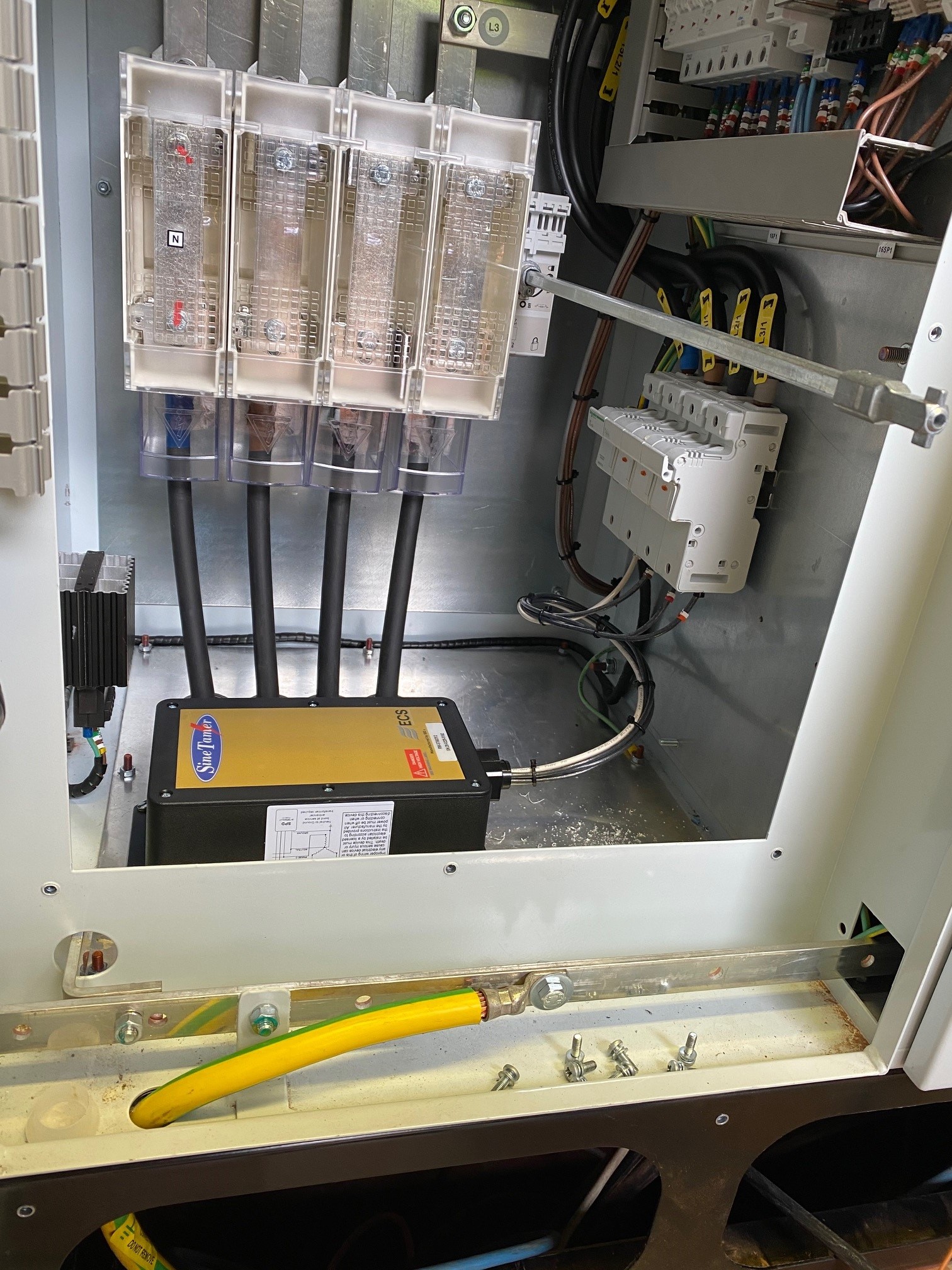 When based in remote locations, transformers and other electrical equipment are vulnerable to harmonics and noise caused by insufficient damping and exposure to surrounding electrical currents. If left unresolved, these issues can lead to component failure and serious damage to the local power supply. When Fairfields Control Systems, a systems integrator specializing in unique control and automation systems, encountered outages at two recently upgraded sites, he approached power quality specialist CP Automation for a solution.

As a contractor to the Environment Agency (EA), Fairfields had recently upgraded borehole pumps at seven of its groundwater sites in the UK with variable speed drives powered by transformers . Each transformer helped power a pumping station, used to alleviate low river flows.

Transformers are common in many industrial settings, stepping down the voltage from conventional power circuits to run low-voltage devices. They can also be used in remote locations to transmit power to more isolated sites. When located in more remote outdoor locations, transformers are usually smaller and installed high on concrete or wooden poles or platforms.

Fairfields had recently upgraded borehole pumps at seven of EA’s sites. But, shortly after the upgrade, surge protection devices (SPDs) that limit voltage transients by diverting or limiting surge current began to fail on two of them. It was clear that abnormal power characteristics were present and the levels of harmonic distortion were too high.

Voltage distortion is any deviation from the nominal sinusoidal waveform of the AC line voltage. It occurs when current harmonics increase electrical voltage and currents in a circuit and can overheat the power system, destabilize voltage, and damage equipment. It was also important for Fairfields to address the issue to remain compliant with Technical Recommendation G5/4, which specifies planning levels for harmonic voltage distortion.

Fairfields already had a relationship with CP Automation, as the company had done various surveys and consulted on different projects in the past.

“CP Automation’s expertise in power quality has been critical in protecting our systems,” said Peter McMorrow, director of engineering at Fairfields Control Systems. “The groundwater project was different. While we can often anticipate noise and power quality issues, in this case we were already experiencing issues. Once identified, our priorities were to determine the source of the anomalous supply and its characteristics. Our plan was to upgrade the equipment to mitigate the effects.

“Total harmonic distortion (THDi) was falling outside of its normal range and voltage was becoming unstable, so long-term damage to the transformer and its components was a real risk,” said John Mitchell, Global Business Development Manager at CP Automation. “After studying the situation, we suggested replacing the failed SPDs with two Sine Tamer transient voltage surge suppression devices (TVSS), which protect against transient surges and spikes.

After proving that the SineTamer could operate effectively in high harmonic environments where the original SPDs failed, CP Automation agreed to install the new devices at all EA sites. In the meantime, he provided two REVCON Harmonic Filters (RHF) for high harmonic sites to protect the transformer and other nearby equipment. RHFs prevent harmonic distortion from non-linear loads and sources, reducing THDi to less than five percent, which is critical to staying within G5/4 levels.

Fairfields purchased two RHF-5P dual-stage crossovers. In addition to reducing the THDi of variable frequency drives (VFDs) and other non-linear loads, the filters can achieve efficiency up to 99.5%. As a result, power losses are up to 75% lower than those produced by alternative devices.

Since Fairfields installed SineTamer and the RHFs, transformers have been operating normally at EA groundwater sites. By minimizing voltage distortions, the technologies provided by CP Automation have avoided problems such as voltage notching, motor vibration, nuisance tripping, electromagnetic interference (EMI) and overheating. In addition, the sites now comply with G5/4 standards, as the RHFs limit voltage-frequency harmonics.

To know more about how to reduce harmonics by visiting the CP Automation website.