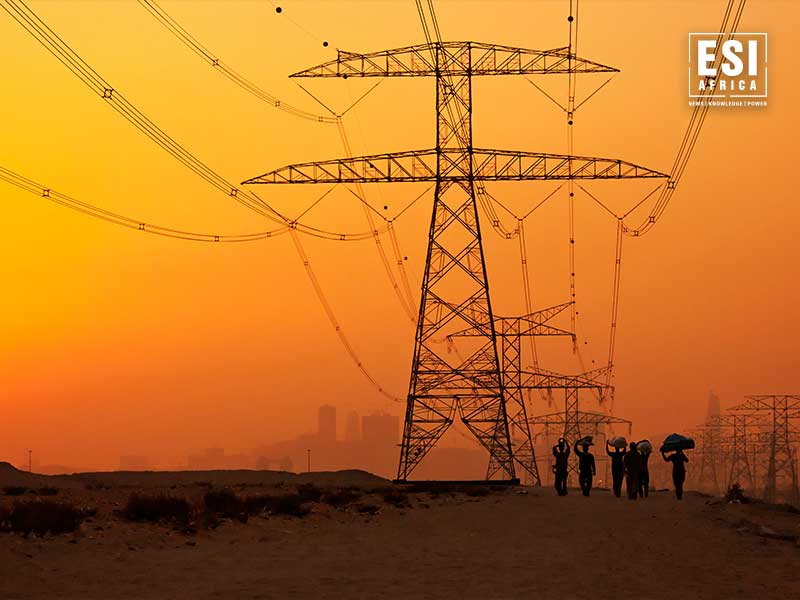 Privatization of transmission networks – a work in progress

Africa’s transmission and distribution networks must be improved if the continent is to increase the flow of electricity within and across borders. Is privatization the best way to achieve more efficient infrastructure and better access to energy?

Privatization of transmission networks in Africa is a relatively new concept, but one that is rapidly gaining traction, says Edward Kihara, head of national and regional power system development at the African Development Bank (AfDB). “Power utilities and governments across the continent are showing real interest in exploring this avenue, given that transmission lines have always been considered sovereign in most countries.”

This is understandable considering that the magnitude of the transmission deficit in sub-Saharan Africa is significant. According to a World Bank report, Linking Up: Public-Private Partnerships in Power Transmission in Africa, the combined length of transmission lines in 38 African countries is about 112,196 km, less than the length of the domestic transmission network. from Brazil alone. Between 1980 and 2017, the length of transmission lines increased by 230% in sub-Saharan Africa. During this period, India has seen an increase of 1400%, which shows that although Africa is working on the problem, it is simply not happening fast enough and is lagging far behind other regions in development in transmission development. The same report estimates that the average annual investment needed to expand the transmission network in Africa from 2015 to 2040 is between $3.2 billion and $4.3 billion. For the electricity sector as a whole, the estimated investments are set between 33.4 and 63 billion dollars over the same period.

Rod Crompton, adjunct professor at the African Energy Leadership Center at Wits Business School, says turning to the private sector is about all governments can do to address the crisis they face. “What are governments that don’t have the money to invest in transmission networks supposed to do? Once they have exhausted their funds and the soft loans from development agencies, the only other option is the private sector in one role or another.

Energy analyst and regulatory contributor to WISE Africa, Ted Blom, is less optimistic, saying that it is not certain that there is enough appetite for private investment in the transport sector. “Theoretically speaking, yes, it can be done, but it’s complex terrain and very difficult to navigate. Not only is it an extremely laborious process to set up a grid, but it takes time and money. The private sector will only invest if there is a return on investment and, if there is no concentrated market buying the electricity at the other end, how are they going to be compensated?”

According to Blom, getting efficiencies from transmission infrastructure is difficult, if not nearly impossible. A USAID Power Africa spokesperson agrees that while there has been a huge growth in interest in investing in the power sector in Africa, both from international donors than private financiers, private investment in transport remains incredibly low.

“Historically, investment in generation has been about four times higher than investment in transmission and distribution combined in sub-Saharan Africa. Many countries face grid constraints in providing electricity to homes and businesses. Sub-Saharan Africa does not only need extensive networks. It also needs strengthened networks that can handle more capacity, more efficient networks that reduce power losses during transmission, and more resilient networks that can handle more variable renewable energy and continue to supply electricity. during storms, floods and other hazards.

While Blom points to legislation as another challenge prohibiting large-scale private sector participation, as each country would need to modify its legislative and regulatory framework. Another major hurdle is acquiring right of way for transmission lines, which usually requires government intervention. Part and parcel of the lack of interest of private companies in developing transmission projects, Blom says, are the many challenges.

Despite all the challenges, utilities in Africa are keenly aware of the investments needed to increase their transmission infrastructure. With most of these utilities financially constrained, unable to guarantee debt or finance transmission lines from their balance sheets, moving to public-private partnerships is the only viable option if they want to see the electricity flow. .

According to Kihara, “The private sector investment will accelerate the development of the transmission network, improve accessibility while contributing to national and regional connectivity across countries and power pools, as well as moving towards the creation of a single electricity market in Africa”. He admits that it will take time and that the road ahead is not without pitfalls. “Most of the transmission lines in Africa are still sovereign, but we have seen a few private lines go up. These have mostly been developed by independent power producers (IPPs) for their own needs and on a very small scale to connect to national transmission networks. He says countries like Uganda and Kenya, in particular, have led the way in granting open access and enacting PPP laws to attract private investors and developers to their transmission and distribution networks.

However, the industry has yet to experience a major market shift. “Everyone is waiting for someone else to take the first step. Utilities, power pools and ministries of energy should identify existing or proposed transmission lines that they would be willing to privatize. A suite of host country governments enabling environmental reforms may be needed to ensure that such transactions can legally be undertaken. We believe that a few successful examples of privately funded, owned and/or operated transmission lines on the continent will be enough to prove the concept, which we hope will open the floodgates,” said a door-keeper. word.

According to Stephen Dihwa, executive director of the Southern African Power Pool (SAPP) Coordination Centre, countries have been cautious about transmission. “Many countries on the continent are still reluctant to privatize transport networks. While we have made major breakthroughs in power generation with countries creating very conducive environments for private sector participation, this has not been the case with the transmission sector.

With virtually no policy guidelines in place, the private sector has so far been reluctant to step up and talk about privatization. Dihwa says it is however imperative that funding is attracted to the transmission sector if the continent is to address its energy crisis and not end up with stalled generation.

“Perhaps it’s becoming clearer to governments that they don’t necessarily have to see full privatization of their networks, but that there are intermediate solutions available.” This includes options where countries continue to own the infrastructure but the networks are run by private companies, he says.

There are already a few examples of transmission line concessions across sub-Saharan Africa, albeit with minimal success, including in Cameroon, Mali, Senegal, Zambia and Nigeria. According to Compton, Brazil is a country where lessons can be learned as it has managed to privatize some of its transmission lines.

He says that in Africa, one is less likely to see the complete privatization of a network. “Keep in mind that there are different roles, from infrastructure owner to infrastructure operator and market maker. Each of these roles could have private sector involvement to a greater or lesser extent. It’s not like a switch that is on or off. There are gradations of possible involvement that can take place.

Other countries like India, Chile and Peru have also implemented different forms of private investment in the transport sector, registering a dramatic increase in capital flows and infrastructure development.

According to USAID, two key lessons can be learned from the experiences of these countries. “First, start with pilot projects large enough to attract investors who need to mobilize substantial investment to plan and implement the project. The first project may be initially expensive, but such projects can be used to refine the policy framework and accumulate knowledge that can refine future purchases,” the spokesperson said. “Second, effective risk allocation is the primary mechanism for achieving better value for money through PPP.”

In the meantime, SAPP is currently busy with an assessment that will allow the establishment of a regional fund for transmission. Dihwa explains that this facility will be set up to attract capital from private actors at the regional level. “We are extremely positive about what we are seeing in the market with governments, organizations involved in the sector and private companies keen to have discussions on the privatization of transport. We are going in the right direction. »

He says there is a renewed effort on all fronts to address energy in Africa. “At the regional level, the power pools are working together to solve the problems, while at the African Union level, there are two important areas of intervention. First, the single African energy market, then the continental master plan which focuses on how the continent can be connected in terms of transmission.

Compton adds that the rapid implementation of technology is also impacting the energy sector, driving change. “With the advent of mini-grids and micro-grids, many of them are not owned by the government. Also, with distributed generation, there are many more generators, mostly private ones, who have a stake in the efficiency and reliability of transmission networks. They will push inefficient public services to give way to more efficient solutions.

He believes that there is a real opportunity for the privatization of transmission. “Lenders tend to like those infrastructures that have regular and stable demand (use) and are considered by some to be an annuity. It is therefore a part of the electricity supply industry that is easier to finance than other parts.

More so, says Dihwa, enough progress has been made in generation that the focus is now on transmission. ESI