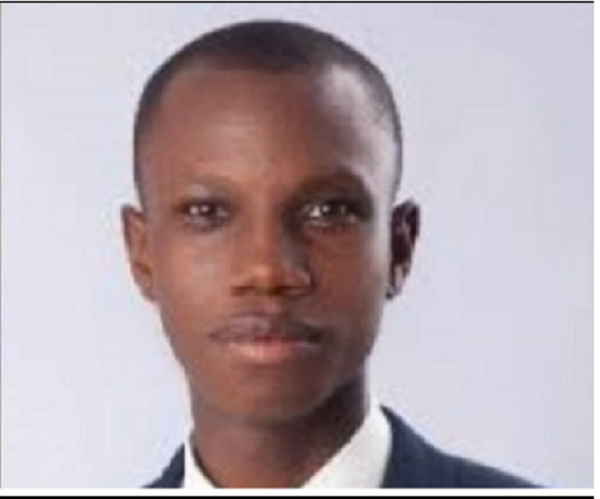 Fritz Moses, Research Analyst at the Institute for Energy Security (IES), was nominated for the Rising Star Award at the 5th Ghana Energy Awards 2021.

The award ceremony will take place on November 19, 2021 at the Labadi Beach Hotel in Accra under the theme â€œDigital energy sector: the key to a resilient economic futureâ€.

Fritz Moses is an industry actor working as a research analyst at the Institute for Energy Security (IES) where he undertakes both qualitative and quantitative research across the entire energy value chain. in Ghana and around the world.

His research aims to offer the most efficient and effective solutions to today’s energy and environmental challenges, with an emphasis on energy security.

The Rising Star Award is presented to a young person in the energy sector whose achievements distinguish them as emerging leaders in the sector.

These people must be between eighteen (18) and thirty-five (35) years old.

He was selected as a member of the 2020 Friedrich Ebert Foundation (FES Ghana) Cohort, Young Leadership Program (YLP) held in the southern sector of Ghana in 2020. Around the same time, he was selected to participate in the training of Trainers by the International Union of Socialist Youth (IUSY) during a fully virtual event organized in 2020.

Fritz Moses has become the star of the Institute for Energy Security (IES) following his strong and enlightened positions on issues related to the energy sector in Ghana and beyond.

He has several articles and publications under his name which have appeared in several local and international media since joining IES.

He has also been invited to speak about the energy sector on several media platforms across the country.

He has undoubtedly become the go-to person for several media wishing to speak to the IES on energy issues in the country.

Fritz made his voice heard on many media platforms during the electricity crisis at the start of 2021.

Through press releases and media engagements, his advocacy saw the engagement of government and its agencies with civil society groups in understanding the issues affecting efficient delivery of electricity.

He works on the IES bi-monthly fuel price projection which he executes accurately and in a timely manner.

His work as a researcher in the energy sector and fuel price projection is carried out with excellence and precision to ensure that Ghanaians and industry players like him are able to fully appreciate his position.

Fritz advocated for the revision of the work by GRIDCo to reduce the transmission losses suffered by the company in order to save more capital losses lost by the state.

His work was published in November 2020 by several media platforms in Ghana.
Its analysis focused on increasing levels of transmission losses since 2013, which was a review of electricity supply plans from 2008 to 2019. The review showed that Ghana had lost nearly $ 150 million just for transmission losses that have been recognized during the specified period. .

He identified that the losses were largely due to technical inefficiencies that had been allowed to disrupt the electricity transmission network for years. His analysis warned of possible power transmission issues if the revealed problem is not resolved.

It was therefore not surprising that in 2021, problems with electricity supply were encountered in Ghana and were later found to be due to inefficiencies in the electricity transmission infrastructure.

The government reassured its willingness to invest directly or indirectly in the GRIDCo transport network.

Work has so far progressed to make the network robust after years of neglect and diminishing investor interest.

He believes that Ghana and Africa as a whole can become self-sufficient in their energy needs if they can develop local potential and intentionally expand their energy sources. He hopes that with vast sources of renewable energy, countries in Africa, including Ghana, will start looking for ways to attract foreign investment in its energy sources.

He volunteers with the Leadership Council (TLC) in Accra, where he is responsible for marketing and legal affairs. He also oversaw the formation of the very first Fante student union on the University of Ghana campus, which will serve as a channel for student engagement with others within the various Fante communities.

The Ghana Energy Awards aim to recognize the effort, innovation and excellent pillars of the energy sector and to celebrate the tremendous work of nominated actors in various categories.

Electricity provisions in the bipartite bill on infrastructure