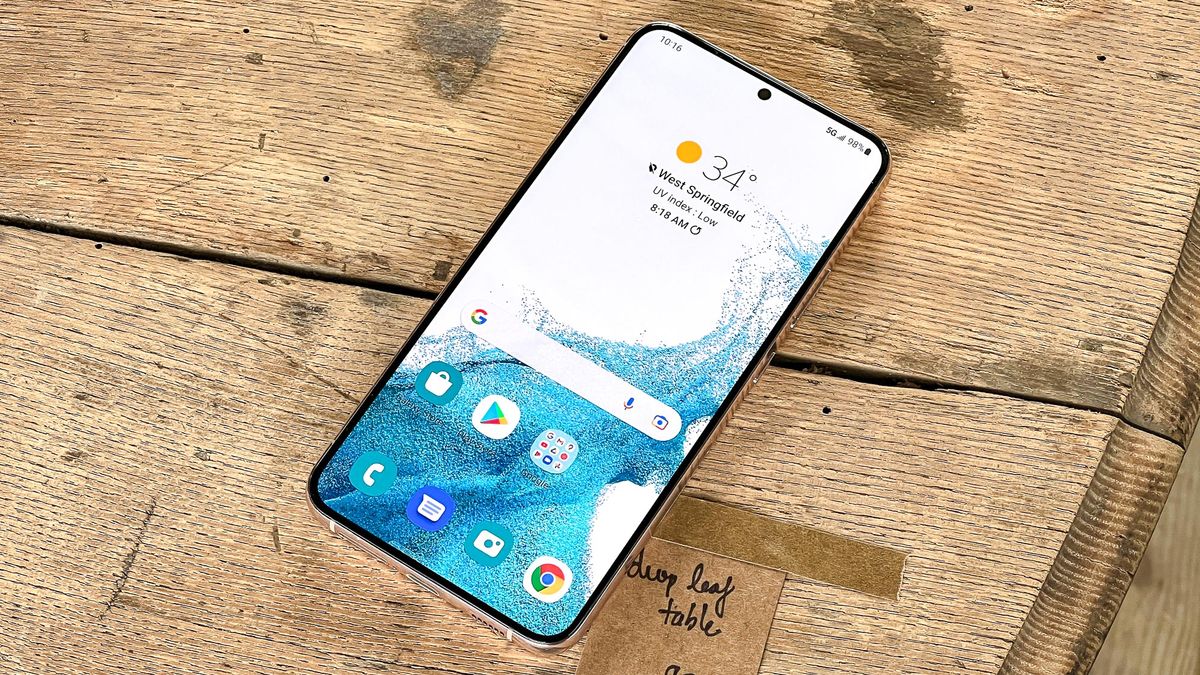 Samsung Galaxy S23 – here’s how it can beat Pixel 7

The Google Pixel 7 is one of my favorite phones right now, easily one of the best Android phones you can buy. But the Samsung Galaxy S23 is just around the corner, and it’ll likely be the Android phone to beat in 2023 as Samsung sets the pace.

But the current batch of rumors paints a Galaxy S23 and Galaxy S23 Plus that bear a strong resemblance to their Galaxy S22 and Galaxy S22 Plus predecessors. You can expect obvious upgrades, like the Snapdragon 8 Gen 2 processor, but these two phones aren’t as rumored as the more premium Galaxy S23 Ultra.

Ultimately, I think a lot of people will opt for the Galaxy S23 when buying one of Samsung’s flagships because it will be the cheapest of the three S23 models. And with that, it’ll go head-to-head with Google’s Pixel 7, a $599 beast of a phone.

Samsung has its work cut out with the S23, although we all know a lot of people will probably opt for the Galaxy over the Pixel. That said, I think the Galaxy S23 needs to get the following if it wants to outperform the Pixel 7.

That might be a topic on its own, but Samsung still has a long way to go to keep up with the Pixel 7’s cameras. While I have little doubt the Galaxy S23 Ultra will be a photography powerhouse, I wonder what to expect Galaxy S23 and Galaxy S23 Plus.

Rumors currently suggest that the cameras of non-Ultra S23 models will remain quite similar. That’s disappointing, as Google has some class-leading camera hardware in the Pixel 7 with its 50MP main and 12MP ultra-wide sensors. Megapixel count isn’t everything, but Google is also leveraging its software prowess to great effect on the Pixel 7.

Can the Galaxy S23 keep up with its supposed 12MP main camera? We will have to see. At least Samsung can probably claim one major advantage over the Pixel 7: a telephoto lens. The Galaxy S22 sported a 12MP telephoto lens with 3x optical zoom, and the S23 should follow suit. The Pixel 7 only uses digital zoom, leaving actual telephoto to the more expensive Pixel 7 Pro.

But the zoom is situational, while the main camera does all the heavy lifting. If Samsung sticks with the 12MP sensor for the Galaxy S23, it will have to seriously adjust its post-processing algorithms to match the detail and dynamic range that Google has almost mastered.

Neither the Galaxy S22 nor the Pixel 7 impressed me with their battery life. We test phones’ batteries by having them continuously reload web pages over a cellular connection until they die. Just under 10 hours is the average time for smartphones, and the Pixel 7 didn’t come close. Neither does the Galaxy S22.

With a measly 7 hours and 54 minutes when the screen was set to its adaptive refresh rate, the Galaxy S22 didn’t set a good example from 2022. The Pixel 7 didn’t end things well either. , with a result of 7 hours, 17 minutes.

The Galaxy S23 has to do it right. Whether it’s the more power-efficient Snapdragon 8 Gen 2 chipset, a few tweaks to display efficiency, or tweaks in software, the next Galaxy S doesn’t need to do much. to beat the Pixel 7 here.

That said, I want to see the Galaxy S23 come much closer to a 10 hour result when we run our battery test.

For more years than I can count – perhaps since the Galaxy S III – Samsung has had a reputation for giving you a ton of software features. The company has quieted down in recent years and reserves most of its products for Ultra and Galaxy Z phones.

Honestly, I’m not expecting crazy software features for the Galaxy S23 or Galaxy S23 Plus. But the Pixel 7 has a ton of nifty things only a Pixel can do, like Call Screen, Direct My Call, Hold for Me, and Clear Calling. Guided frame allows visually impaired users to take perfectly framed selfies. The Recorder app on the Pixel is by far the best you can get with its precision and speaker delineation.

The Galaxy S23 must seriously impress us. Bixby is a far cry from Google Assistant, especially the smarter assistant in the Pixel 6 and Pixel 7 series. By contrast, the Galaxy S22’s Phone app and voice input are both incredibly basic.

In terms of software features, in fact, the Pixel 7 wipes the floor with the Galaxy S22. This is the area where I doubt Samsung will outperform Google. There’s too much the Galaxy S23 needs to do right here to match the Pixel 7, let alone beat it.

When the Galaxy S23 launches — possibly in January if you believe the rumors — you can bet we’ll be comparing it to the Pixel 7 (as well as the iPhone 14, its other big competitor). I think Samsung’s phone will be awesome, full of power and awesome upgrades. While I’m not thrilled with the S23 per se – that honor goes to the Galaxy S23 Ultra – it will nonetheless be a significant device considering how many people are likely to buy it.

Oddly enough, I think Samsung could close the gap with Google when it comes to cameras. Whether it’s just the Ultra that handles this or whether it’s all three models remains to be seen.

With a Galaxy S23 launch slated for early 2023, leaks should pick up by then. This, in turn, will help us all get a better idea of ​​what to expect from Samsung’s 2023 flagship smartphones.

Men charged with shoplifting, officer on the run | Local News