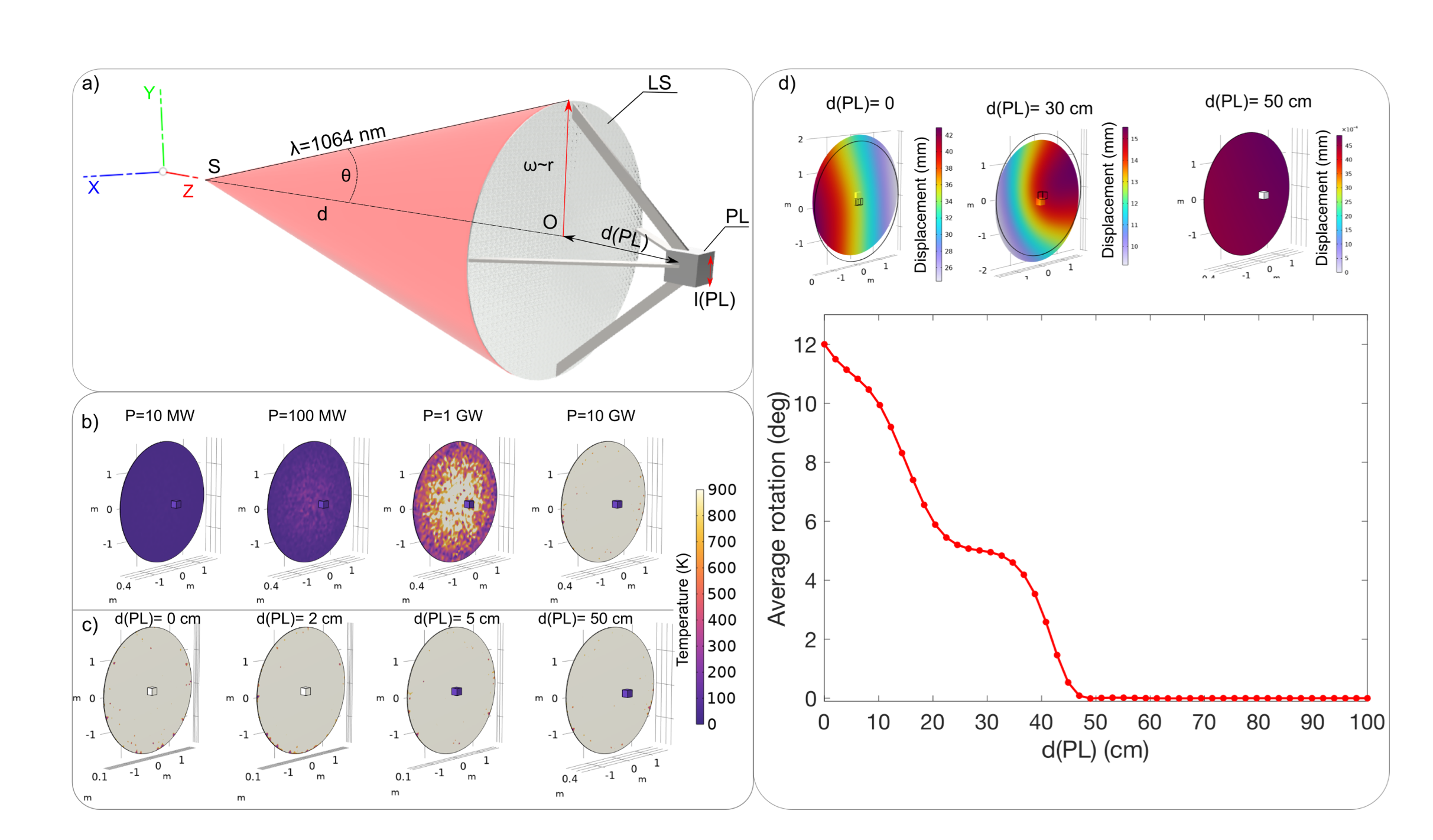 This paper presents a study for carrying out a space mission that uses nanosatellites driven by an external laser source hitting an optimized light sail, as a valuable technology for launching swarms of spacecraft into the solar system.

Laser-powered nanosatellites can be useful for exploration of the heliosphere and for planetary observation, if suitably equipped with sensors, or be adopted for establishing network systems when placed on specific orbits. By varying the surface-to-mass ratio (i.e. the ratio of sail area to payload weight) and laser power, it is possible to insert the spacecraft into different hyperbolic orbits relative to the Earth, thus reaching the target by means of controlled trajectories in a relatively short time.

A mission involving nanosatellites of the order of 1 kg in mass is envisaged, describing all the on-board subsystems and meeting all the requirements in terms of power and mass budget. Particular attention is paid to the telecommunications subsystem, which must offer all the necessary functionalities.

To manufacture the luminous sail, thin film technology was considered, checking the thermal stability of the sail during the thrust phase. In addition, the problem of the mechanical stability of the lighting sail was addressed, showing that the distance between the structure of the lighting sail and the payload plays a central role. Some potential applications of the proposed technology are discussed, such as heliospheric environment mapping.