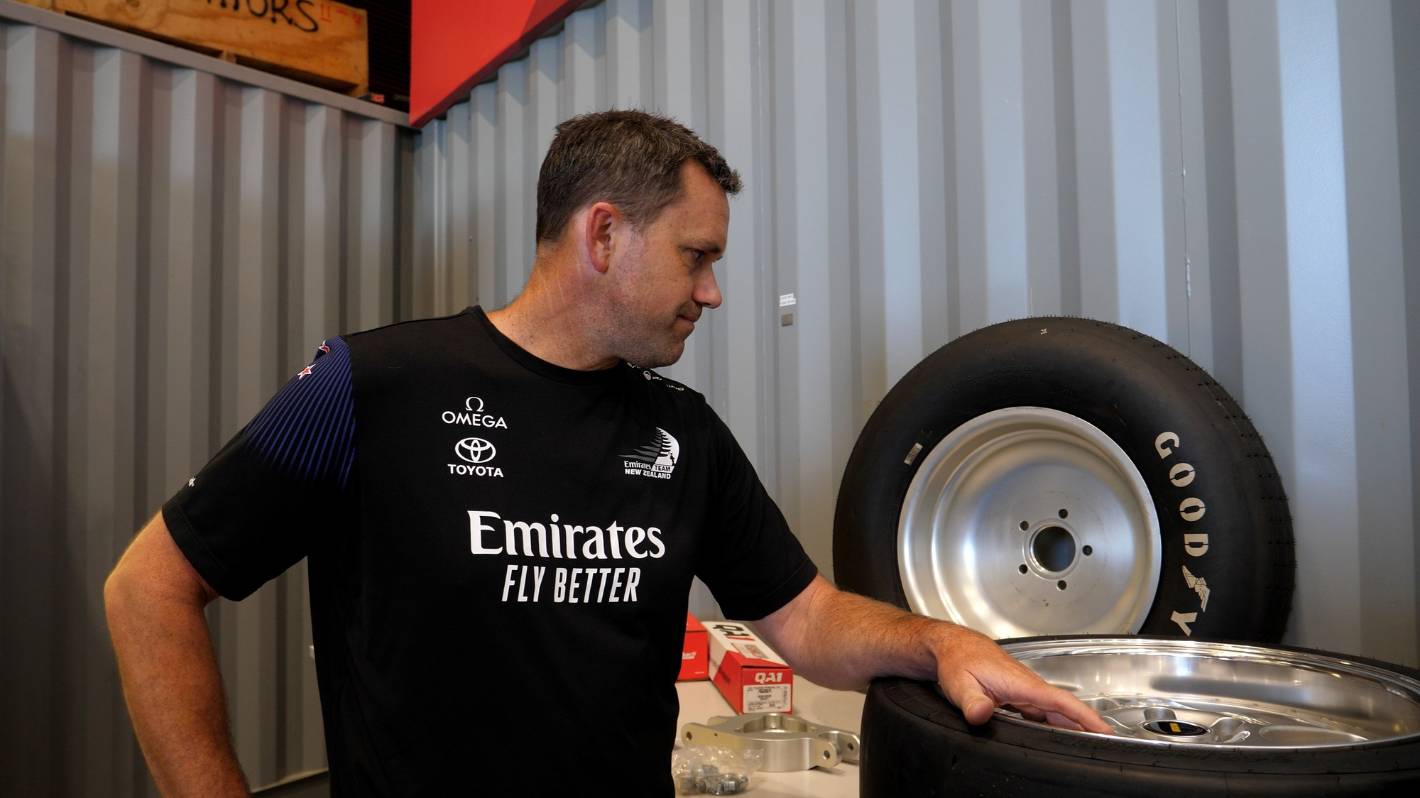 Team New Zealand mechanical engineer Tim Meldrum has to step out of his comfort zone to try to break the wind-propelled world land speed record.

The New Zealand team will attempt to break the mid-year record of 202.9 km/h in the Australian desert and the rush is on to finalize vital components.

The team’s mechanical engineer, Tim Meldrum, is an avid mountain biker, so knows a bit about the value of tires, traction and turf.

He was also one of the main designers of the revolutionary cyclo mechanical system that was central to the success of the team that won the America’s Cup for New Zealand in Bermuda in 2017.

He tries to figure out the wheel of fortune that will make or break Glenn Ashby’s ride in the radical land yacht that’s in production and about to be tested.

“One of our biggest challenges has been figuring out how to grip the ground, so to keep the craft from sliding sideways, we rely on tires to bite into the salt. So that’s where it differs a lot from a yacht,” Meldrum said.

“When you’re on the water, you just have a foil or a fin in the water, which resists the drift. We did as much research as possible in the time available to determine what tires exist and what might work for us.

As important as tires are, they always have to be mounted on something. Like a lot of hardware through the craft, the team tried to buy a number of existing off-the-shelf components for budgetary reasons, like the rear wheels.

How the bid to break the wind-propelled world land speed record evolved.