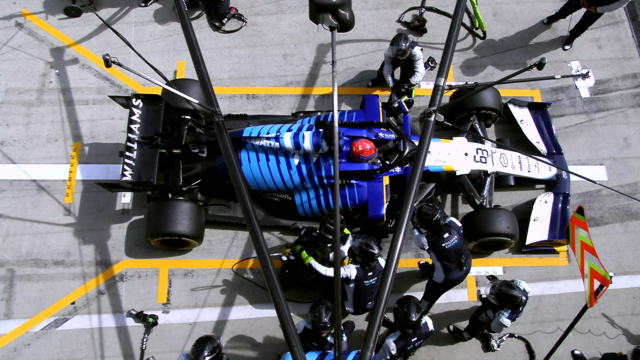 In his young career, George Russell endured his fair share of heartache [remember Sakhir last year?], but his latest setback – retiring after looking comfortably on track to score his first points for Williams in the Styrian Grand Prix – seemed to hurt as much as at any other time.

After starting P10 on the favorable middle tires, Russell ran a solid P8 for over a third of the race before an engine problem became apparent. Williams tried to deal with the problem, but to no avail the Briton eventually had to park.

â€œI’m just pissed off for the team to be honest,â€ said Russell, pain evident in his voice after his last missed chance to score for Team Grove.

â€œYou know, they’ve worked so hard to be in this position for the past three years, chasing those points. We never really knew when they would come and we knew we would have a perfect weekend and, you know, we were in such a good position – P8, on the middle tire – we could have pounced at the end.

â€œAnd I think P7 was probably possible, ahead of Alonso and there are four or six points, that’s huge. This is probably the difference between the P8 and the P10 in the championship.

When asked if he was surprised by his brisk pace, Russell replied, â€œI wasn’t surprised to be honest because I know we’ve done a really good job of improving the car recently and I knew Friday’s pace was good. I was obviously on the mediums [tyres] compared to the guys ahead on the softs, so I was pushing my heart out, driving as fast as I could to stay behind the Ferrari and AlphaTauri and McLaren, you know? We are not normally in this position so we should be proud of the work we have done. The race is just brutal.

The only bright spot for Russell is that F1 will return to race the same Red Bull Ring in seven days, giving him a chance to prove his and Williams’ pace once again.

READ MORE: Gasly ‘really disappointed’ as promising outing ended in round one after contact with Leclerc

The 23-year-old admitted it gave him hope: “Yes of course,” he said. â€œIt’s obviously different, we have different tire compounds next week to play a big part in all of this. But you know, we’ve done things perfectly so far and repeating that and relying on others not to do things perfectly isn’t easy.

“And that’s the thing for us, we know these opportunities don’t present themselves every day and we have to do everything right, and others have to make mistakes so that we can capitalize and today was that day for us. . It’s racing, it’s not supposed to be easy.

Williams remains ninth in the constructors’ championship after eight races, a place above Haas on race results, though both teams are yet to score.