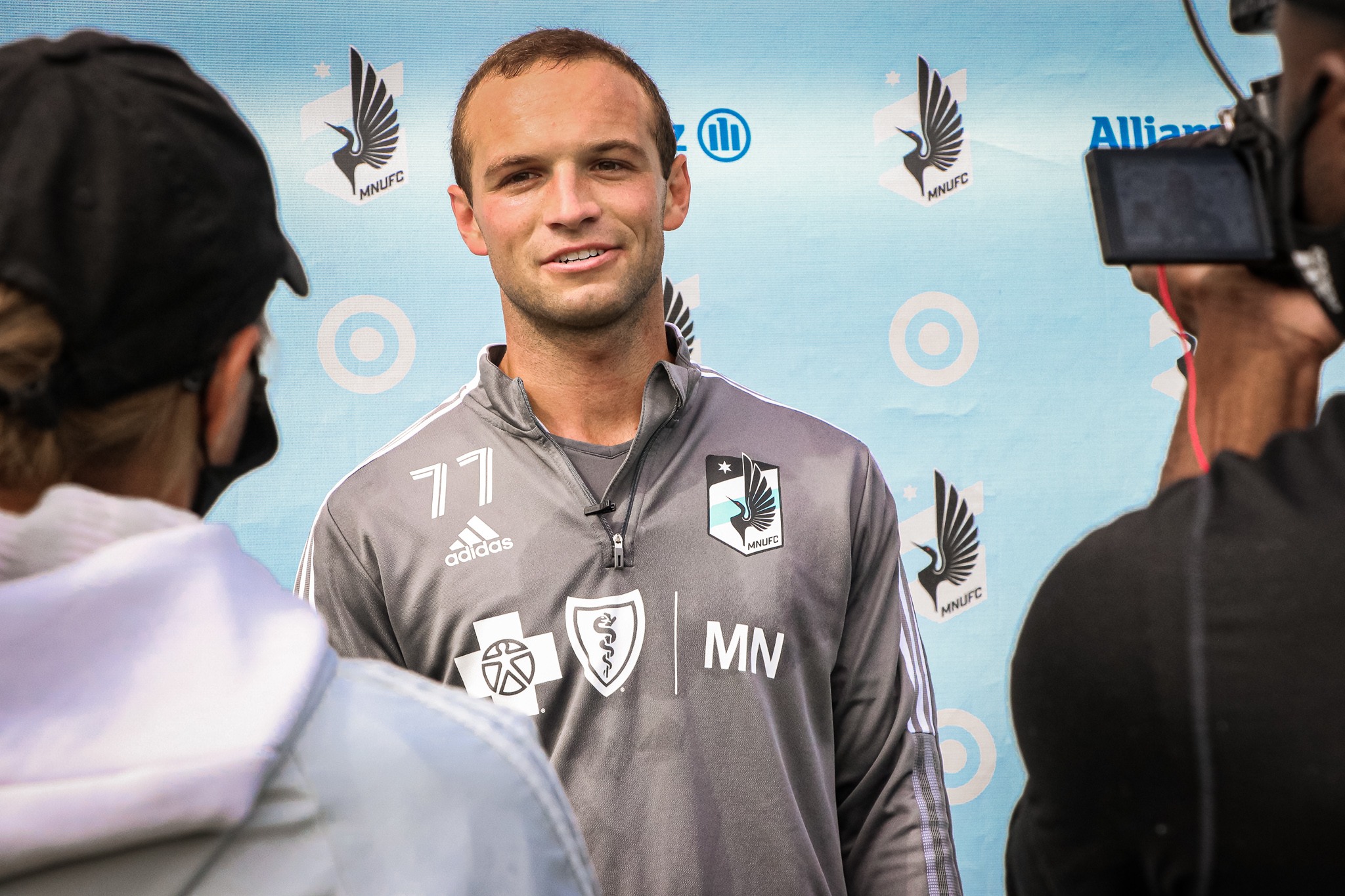 On a disappointing result in Kansas City on Wednesdayâ€¦

â€œYou have bad days and we have had bad ones. I thought the first half was as bad as we have been for a long, long time. Individual mistakes cost us dearly. By playing in places like Kansas you know you have to have a near-perfect game. If you look at the good results we got there, we didn’t make any mistakes, we took our opportunities when they presented themselves and the other night we couldn’t do it. I don’t remember the last one we had like this. We move forward. We must.”

On the reaction of the players …

â€œOkay. We were in the next day and had a good chat about it. We did a lot of video work this morning. We went through some of the good stuff because there was a lot, again we have. had a couple of really good chances. At the end of the day we have to move on. We have a game three days later, against one of the best teams in the league. Chicharito and all the guys that come into town. Really good, the best international players come in. When the Galaxy comes to town you know what’s coming. Invariably the last few years have been tough for them, but they are the standard bearer of the league. [Vanney] did a great job in a short period of time. Completely changed the team. What is it, 18 new guys out there? We played them a few weeks ago, we played very, very well, we didn’t get the result we would have liked but if we play a similar type of performance I think we have an opportunity to win the match.

â€œHe’s a youngster we like. We have been following him since the Olympic qualifying match where Hassani [Dotson] played against Honduras. We are pleased. It’s the first time he’s been part of the team, since he arrived with a small injury. We love it, we love what we’ve seen. Not 100% sure where we think he’s going to play because he’s very versatile but he definitely came and made a good first impression for sure.

On what from the Galaxy this season …

â€œThey had Chicharito and this amazing marching band the year before, he made no secret of the fact that it’s been a tough year for him but he’s coming back to his best now. His move the other night for the goal he passes to the near post and shoots from the back shoulder. They have a goalscorer, they have a lot of pace, whether it’s Hernandez or [Kevin] Cabral. Then they have experience all over the place. Lots of good players, a good coach. It’s a big club so the expectations are high for them. But for me we have proven, like I said, only three weeks ago that we can more than compete but we need a similar type of performance.

On what he expects from the LA Galaxy …

[ENG]: “Very ready, I hope we can have a good game and give the fans a home win.”

To be able to play alongside Emanuel Reynoso again …

[ENG]: “Yes yes. Honestly, really happy with Bebelo’s return [Emanuel Reynoso]. Honestly, we need him and tomorrow he will show his quality on the pitch and do good things.

On what makes playing with Emanuel Reynoso so enjoyable …

[ENG]: â€œBebelo, like everyone who knows him, knows he’s an important player for us. He has a lot of technique and good passes towards the goal. We need him and he is there to help us.

[ENG]: â€œYeah, we’re both from there. We played for the same club. We always watch the games together. We have a lot of friends in common.

On living and playing football in the United States against Argentinaâ€¦

[ENG]: â€œNo, no, it’s very different. In Argentina, football is experienced and lived differently, here it is much quieter. But that’s how people see it here. In Argentina, it is not possible, the atmosphere is harsh.

On the fans at Allianz Fieldâ€¦

[ENG]: “Yes yes. The people are great, honestly. They always fill the stadium and it’s really important for us, to have the fans there, who support us.

On the importance of getting a victory against the Galaxy …

[ENG]: â€œYes, it’s very important. We have to win to stay focused in the playoffs and we need a win tomorrow.

On his new contract with Minnesota Unitedâ€¦

â€œIt’s an amazing feeling and I’m so grateful to all my teammates here, my coaches, the whole organization, especially all the fans. I had a great time during my two and a half years here. I’m really excited to continue for the next four here.

Whether two and a half years go by quickly or slowly …

“So fast. It’s over. Four years is great it’s going to be even longer and I can’t wait to help the team as much as I can and hope to bring some material back to this club.

On what the teams have to do at home this weekend …

â€œHome games are huge for us because the fan base we have, the 12th factor that they bring. We know we are playing very well at home and with 11 games to play in the season, including six at home, we have to really enjoy those games. We expect three points on Saturday and we’re not going to settle for less.

On what from the Galaxy this season …

â€œTheir offense is their strength, some very high quality offensive players. Chicharito, who played for Machester United, Real Madrid. Sebastian Lleget, Jonathan dos Santos, a lot of good players, a lot of quality at the top. The last time we played them I thought we did a really good job. We limited their opportunities, they put one aside and their goalkeeper [Jonathan Klinnsmann] had an amazing game the last time we played them. We are looking to build on the performance of the last time. We are going there with the hope of winning and I think we will.

On the pressure to get three points this weekend, given how close the Western Conference playoff race isâ€¦

â€œI don’t see this as pressure on ourselves. We know the quality we have on our side and especially before a home game. There is certainly the wait. We know the points are important and the table is tight right now, but we are going with confidence. We have a lot of players coming back from injury and suspension and we have a great team, I think we’re going to have one of our best performances tomorrow night.

â€œIt’s a very quick turnaround and after traveling the team traveled on Wednesday and came back. Match on Saturday. It’s a really quick turnaround but, I mean, it’s part of the game, it’s part of being a professional. We talked about the last team game, what we need to improve, but our focus is on tomorrow’s game and on Galaxy. we know what we need to do to get a result and we plan to do it.