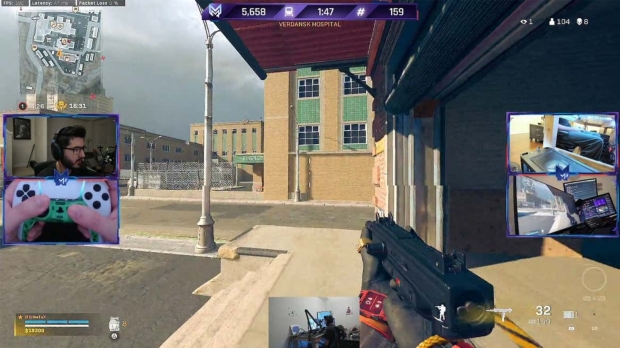 The former Call of Duty pro and Warzone stream “MuTeX” have been accused of cheating, so he’s put together an elaborate platform to prove he’s not. The streamer used 5 separate cameras, just to prove he wasn’t hacking.

MuTeX hosted a feed on July 7 where he accidentally showed his desktop during the feed, where people noticed he had Cronus software installed. What is Cronos? This is physical hardware that requires installation, but you can then use the software to enable macros, scripts, and change controller inputs.

MuTeX explains, “I was using Cronus when I was participating in COD: World War ll. The COD competitive platform back when we were playing LAN, some pro players would bring their own Cronus, since most of the Cronus that were donated to these places had a lot of issues, they had delays and stuff like it. So a lot of competing pros would have their own Cronus and train with it at home. “

But then the streamer figured the world would be happy if he uninstalled Cronus on a new livestream, as if the world only existed within minutes of this video. Bad Boy Beaman posted a video, investigating the MuTeX hacking accusations.

In the video, Beaman notices that the Cronus software was installed on MuTeX’s system in March 2021.

10 brilliant Ikea hacks and furniture flips we learned on TikTok