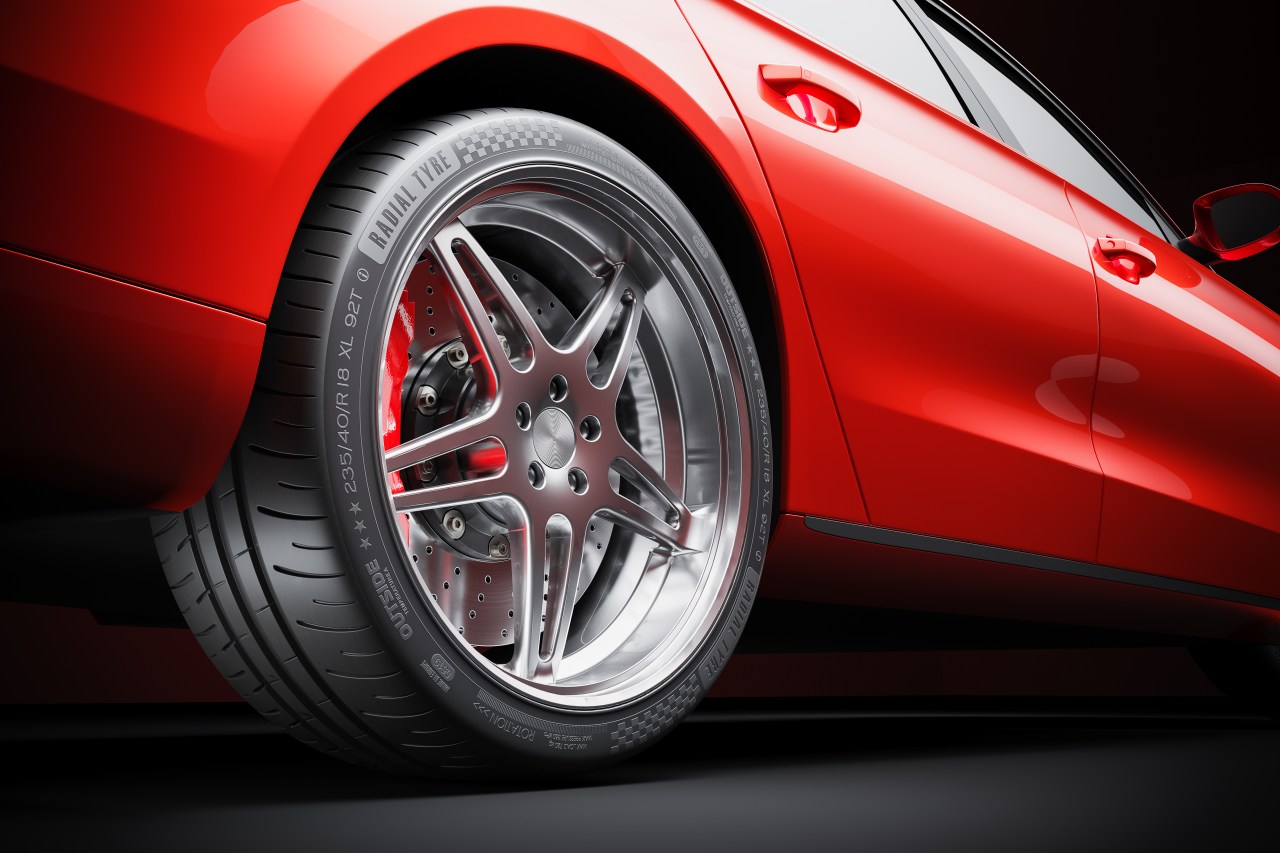 (iSeeCars) – To understand the benefits of a Limited Slip Differential (often abbreviated as “LSD” in automotive literature), you need to understand the basic components involved in turning a car’s engine power into motion forward (or backward). Although there are differences between the layout of a front-wheel-drive and rear-wheel-drive vehicle, the key components are the same and include a transmission, driveshaft (or half-shaft), axle, and differential.

While the transmission and driveshaft essentially modulate the difference between engine speed and wheel speed, the job of the differential is to transfer rotational energy from the engine to the left and right wheels either through axle in rear wheel drive (RWD) cars or half shafts in front wheel drive (FWD) cars. This is a complex process because the rotational speed of the left and right wheels is not constant – it must vary as a vehicle moves from a straight line into a bend.

When a vehicle turns, the inside wheel naturally spins slower than the outside wheel, and the differential adjusts to the different speeds needed between these wheels to keep the vehicle turning smoothly and reduce tire wear. This is accomplished through a combination of gears, including the pinion which connects to the driveshaft, the main drive gear in the differential, and the spider gears and side gears which direct the power to each axle (or half-shaft).

This is important because if a vehicle with an open differential is rolling on a slippery surface, the wheel with the least resistance will get all the power from the engine. This can create an endless sideways wheel slide with less traction while the wheel with more resistance (better traction) receives no amount of power. Anyone who’s ever been stuck on snowy or icy roads knows how frustrating it can be. A limited-slip differential avoids this loss of traction by engaging both wheels to improve traction and driver confidence on slippery surfaces.

There are different types of limited slip differentials, from the early viscous LSDs and clutch type LSDs which used clutch packs and heated fluid, to the more advanced torque sensing and clutch plate LSDs on modern cars . The latest high-performance cars use advanced real-time torque vectoring and all-wheel-drive systems to precisely modulate engine power sent to each wheel, depending on available traction. This technology can actually reduce understeer, by subtly pivoting a vehicle based on steering wheel angle and throttle input. But no matter what technologies and types of LSD a vehicle offers, they all serve the same purpose of improving traction and control.

Which brings us to the concept of the locking differential. Unlike a limited-slip differential which allows for a small variation in wheel speed between the left and right sides, a locking differential literally locks the two axle shafts together, forcing both wheels to spin at exactly the same rate. While this situation would actually hamper driver control for performance cars in on-road driving conditions, it provides additional traction for four-wheel-drive vehicles when climbing over rocks or exiting deep ruts.

Unlike sports cars and race cars which need maximum traction at high speeds, off-road vehicles generally travel at very low speeds when doing their most aggressive off-road driving, so lock the differential and forcing the wheels to turn at the same speed is not a problem. The available torque produced by these vehicles can be quite high, making durability a major concern.

Since the most capable off-road vehicles typically use rear-wheel-drive transmissions, it’s usually the rear differential that houses the differential lock. But several new models, including the Jeep Wrangler Rubicon, Ford Bronco, and Mercedes-Benz G-Class, have front-axle and rear-axle locking differentials.

There are different locking differential technologies offered by brands like Audi, BMW, Ford, and Jeep. These include automatic locking differentials, as well as selectable locking differentials that allow the driver to decide when it’s time to “lock” or disengage one or both axle locks to improve traction control. If original equipment manufacturer (or OEM) brands like Nissan or Toyota don’t offer selectable lockers that meet your needs, aftermarket brands that specialize in off-road gear, like ARB, Auburn Gear, Detroit Lockers, Eaton and Ox also take advantage of some coupling technology to lock the wheels together.

If you’re looking for a new or used car, you can search over 4 million used and new trucks, cars and SUVs with iSeeCars’ award-winning car search engine that helps buyers find find the best car deals by providing key information and valuable resources, like iSeeCars free VIN check report. Filter by vehicle type, rear- or four-wheel-drive and other parameters to narrow your car search.